Jerry Lewis, who has died aged 91, was more than a great comedian. He was, to quote the title of the book assembled from his lectures to graduate students at the University of Southern California, The Total Filmmaker. There are few filmmakers who have equaled his achievements as a comic actor, writer and director, and theirs are the names alongside which his should be mentioned: Charlie Chaplin, Buster Keaton, Jacques Tati, Woody Allen.

Lewis was born either Jerome or Joseph Levitch (his precise birth name is debated by biographers) in Newark, New Jersey on March 16, 1926 to parents who were not stars but were hardworking show business professionals. His father was a vaudeville comedian, and young Jerome or Joseph studied him as he would later study the directors of his first films, hoping to learn everything they knew.

As a child, Lewis worked with his parents on the so-called “Borscht Belt” of summer resorts popular with Jewish New Yorkers, and as a teenager he developed a solo act. But it was not until he was paired with an unlikely partner that the ridiculous, elastic-limbed Lewis would enter the American consciousness.

Lewis’ partnership with Dean Martin was the greatest comedy double act of its time on stage, on radio and in 17 feature films. It worked, said Lewis with uncharacteristic modesty, for a simple reason: it paired “the handsome man and the monkey”. Martin and Lewis eschewed the well-practiced routines of other acts and opted instead for anarchy, improvising, interrupting each other, upstaging each other, and earning colossal fees as they did. Watching them live, audiences saw something new. Watching them now, audiences still see something fresh.

When the act disbanded, it broke Lewis’ heart. But it did not derail his career. When he filled in for Judy Garland onstage in 1956, it launched not only his career as a solo headline act but also a side career as a singer. 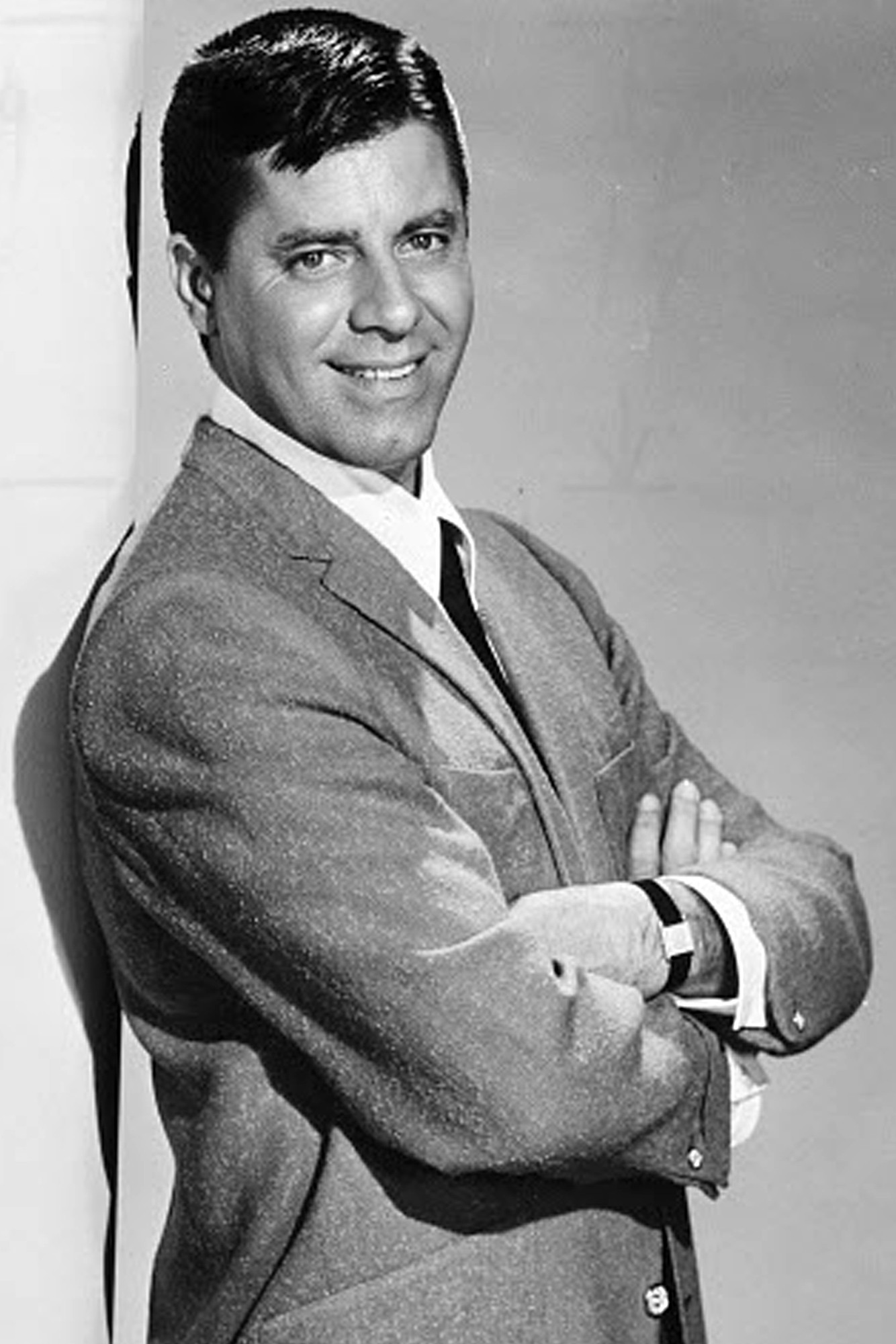 Onscreen, his character—like those of Keaton or Chaplin or Tati or Allen—changed little from film to film. He talked in his high-pitched child voice, he stretched his face, he leaped in fright. He never reacted when he could overreact. To viewers now his shtick can seem a tasteless parody of disability, but this was not its intention.

Lewis was chaos made flesh, a child forced into an adult’s role, equally afraid of and excited by the world. He was a human cartoon, and perhaps this is why he worked so well with Frank Tashlin, who directed Lewis in eight films, beginning with the late Martin and Lewis comedies "Artists and Models" (1955) and "Hollywood or Bust" (1956), and continuing into Lewis's early career as a solo star with classics such as "Cinderfella" (1960) and "The Disorderly Orderly" (1964). Before working with the the human cartoon, Tashlin had directed Bugs Bunny and Porky Pig in Looney Tunes shorts.

By 1960’s “The Bell Boy”, Lewis’ seventh solo film (or eighth, if we count a cameo in 1956’s "L’il Abner"), Jerry was able not just to star, but to write, produce and direct. In fact, he was forced to: he wanted “Cinderfella” to be Christmas a release but Paramount insisted on having a Jerry Lewis movie for the summer. And so Lewis made “The Bell Boy” in a month. For those of us who think Lewis made several masterpieces, this was the first.

Lewis’s greatest triumph, though, came three years later. “The Nutty Professor” (1963) is the perfect Jerry Lewis comedy. It is perhaps the perfect comedy. A parody of “Dr Jekyll and Mr Hyde”, it stars Lewis as both hapless lovelorn scientist Professor Kelp and as Buddy Love, the irresistible ladies’ man Kelp turns into once he drinks a special potion.

Now Lewis was both the handsome man and the monkey, and could convey the switch from one to the other with little more than the angle of his eyelids or the position of his lips. It is one of the great comic performances in American film and, if I were able to redistribute the 1964 Academy Awards, I would give him the Best Actor statuette. 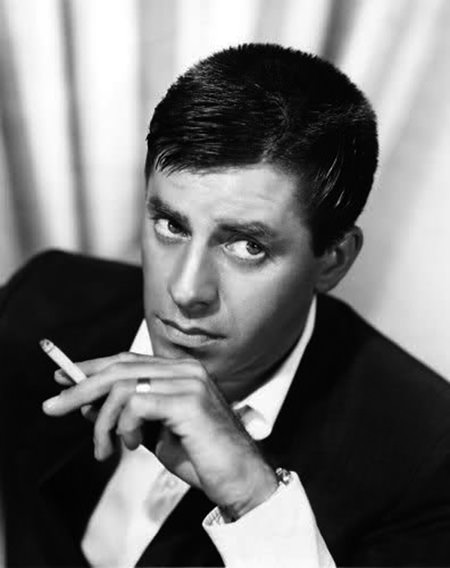 There are those who think Lewis somehow became a great actor in 1982 with his acclaimed supporting performance in Martin Scorsese's “King of Comedy”. Those people weren't paying attention in 1963.

It is a clichéd to say that Lewis was not, in life, the good-hearted, soft-tempered innocent he played onscreen but no worthwhile obituary can avoid pointing it out.

Obnoxious, erratic, irritable and offensive: at times Lewis was all of these, and in public too. Especially in the last 20 years of his life, Lewis' fans would wince if they saw his name in the news, afraid he would be making headlines not for doing something funny but for saying something cruel. And often he was.

Look him up on Wikiquote and you won't find a page of his best jokes. The site lists only two quotes, one from 2000 and the other from 2001. In the first, he assures us that, while female comedians don't "offend" him, they do alarm him. To see a woman onstage was shocking, he said, because he thought of her "as a producing machine that brings babies in the world."

The second quote is even more infamous. Responding to accusations by disabled people that his charity work presented them not as people with an equal stake in society but as wretches who could only be pitied, Lewis said "You don't want to be pitied because you're a cripple in a wheelchair? Stay in your house."

I am a cripple in a wheelchair, and this sentiment (which, we should always acknowledge, Lewis later retracted) is the opposite of everything I believe about being disabled. I will fight against it for as long as I am able to fight against anything.

But when we attack Lewis' attitude to disability, we should remember that the criticisms of it became so loud because they needed to be heard over the praise, which for years was deafening. This was part of the problem. The Jerry Lewis MDA Labor Day Telethons broadcast every year from 1966 until 2010 raised $2.5 billion for research into Muscular Dystrophy and earned the Lewis status of a great humanitarian.

But the shows presented him as a kind of comic messiah and the children with Muscular Dystrophy that featured on them were known as "Jerry's Kids".

Eventually, the pitying tone of the appeals Lewis made for donations to the Muscular Dystrophy Association began to be seen as exploitative, and damaging to the disability rights movement. Once they grew up and were given the opportunity to speak for themselves, some of Jerry's Kids disagreed with what Lewis had to say. One of them, the disability rights campaigner Mike Ervin, formed a group called "Jerry's Orphans" and led protests against the telethon.

It is fitting to finish with an image of Lewis as both inescapable and divisive. His comedy is out of fashion now and has been for years. The joke is always that he’s huge in France. He is huge in France. But for decades he was massive in America too. There are those for whom the screeching child-man will never be funny. But there are others, me among them, for whom he will always be irresistible.