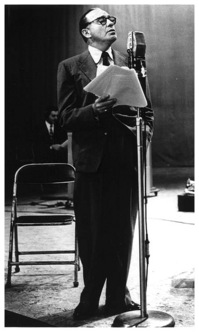 In October 1974, Benny canceled a performance in Dallas after suffering a dizzy spell, coupled with a feeling of numbness in his arms. Despite a battery of tests, Benny's ailment could not be determined. When he complained of stomach pains in early December, a first test showed nothing, but a subsequent one showed he had inoperable pancreatic cancer. Choosing to spend his final days at home, he was visited by close friends including George Burns, Bob Hope, Frank Sinatra, Johnny Carson and New Zealand crooner John Rowles. He died from the disease on December 26, 1974. Bob Hope delivered the eulogy at his funeral. Mr. Benny's will arranged for a single long-stemmed red rose to be delivered to his widowed wife, Mary Livingstone, every day for the rest of her life.--Wikipedia 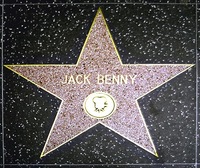