It’s in the Details: On the Authenticity of Pixar’s "Cars" Franchise

There’s a moment at the end of the second act of Pixar’s “Cars 3” in which the movie delivers a punch to the face of Tom Cruise’s 1990 NASCAR flick “Days of Thunder” that will leave series racing fans laughing. If you weren’t a racing fan, or a fan of racing films, you wouldn’t get it, even if you watched the Cruise in his stock car flick, and you wouldn’t appreciate it. The conversation concerns the racing technique “drafting,” or “slipstreaming,” a tool that racers used for six decades, but Cruise’s character reveals as a secret weapon for him and his mechanic played brilliantly by Robert Duvall, (whose Harry Hogge has a special place in my gear-driven, 93-octane pumping heart as one of my favorite movie characters). To 90% of moviegoers, it was a basic plot device, but it was one of innumerable moments that pulled fans of the sport out of the movie. The moment in “Cars 3” is so well played only fans deeply in tune with racing movies—and how bad some are—can fully appreciate it.

To understand how well Cars “gets it” when it comes to NASCAR and racing pantheon would take someone who lives and breathes racing like Lightning McQueen or even Steve McQueen. John Lasseter, the Pixar head who directed the first Cars film, was the son of a parts manager at a Chevrolet dealership. In a 2012 interview with Crave, he described himself as having “motor oil for blood” and claimed that automobiles were his biggest passion, not animation. In other words, he's a gearhead, a class of human who finds automobiles to be more than just metal, rubber and glass. A rich guy wouldn’t go on vacation with a 1962 Ford Falcon in tow to his RV instead of an expensive vintage convertible something, but a car guy would. 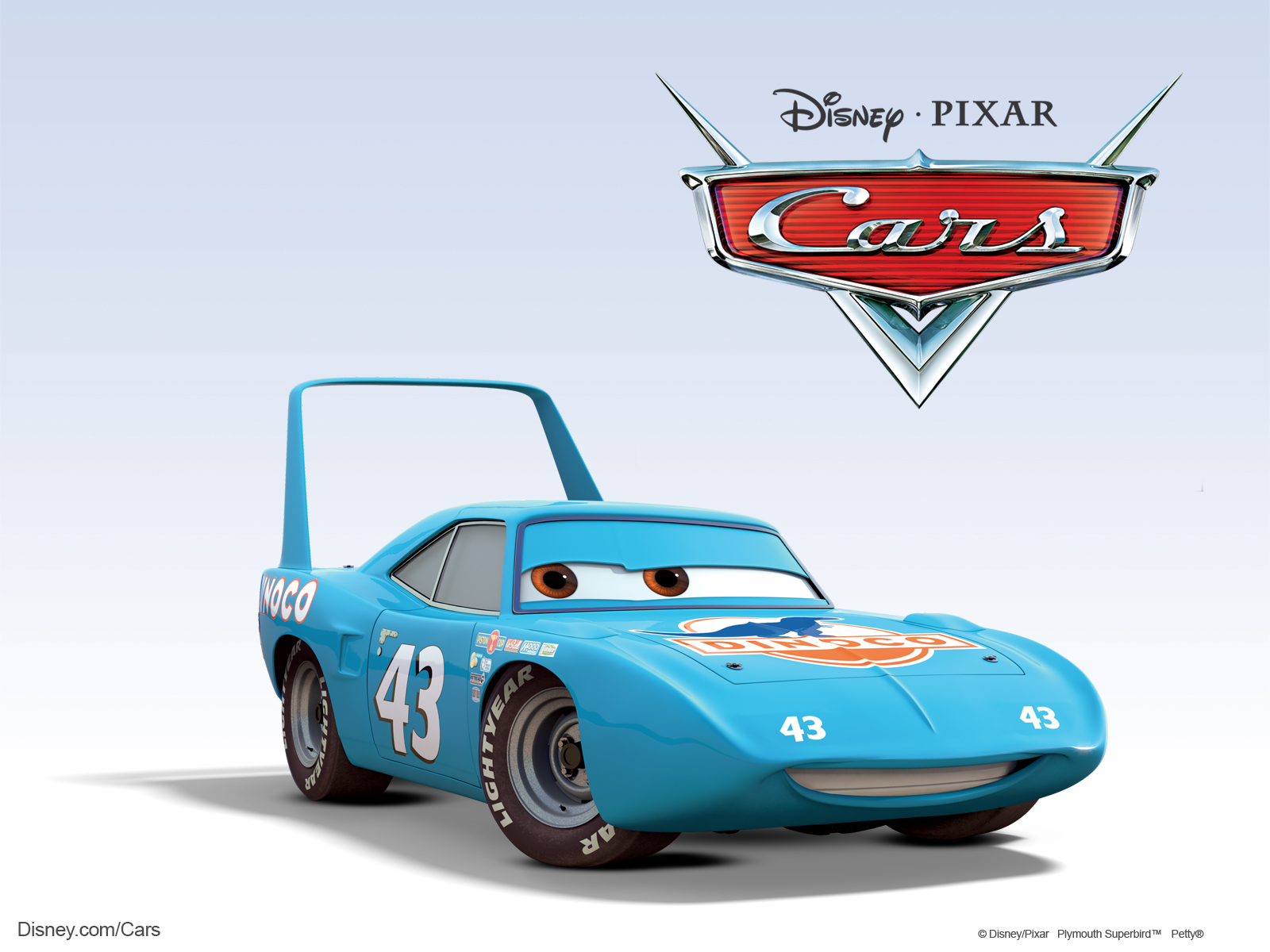 Where Lasseter’s passion comes through most obviously is in putting his heroes in the cast. Richard Petty voiced McQueen rival Strip "The King" Weathers based off his nickname, and drove a car based off his actual Plymouth Superbird, down to his legendary No. 43 on the doors, and the engine size painted on the hood. His wife Lynda, who died in 2014, played the King's wife; his team owner Tex, voiced by former Charlotte Motor Speedway Manager Humpy Wheeler. A director doesn't go this deep with crucial characters if there isn't a spirit they want to capture, a history they want not only to survive but thrive.

Every character, voice, and vehicle in this franchise is part of this authenticity. “Cars 3” pays tribute to Wendell Scott, the first African-American to win a NASCAR race, portrayed as River Scott, a No. 34 Ford coupe who in a short bit of dialogue mentions "back when they wouldn't let us race." Scott's original car was a No. 34 Ford coupe. Next to him is a car voiced by the actual Junior Johnson, who ran moonshine until he turned to racing (and is part of a pivotal scene where Lightning reclaims himself while on a mock lights-out moonshine run through the country). Scott and Johnson are giants of Southern and American culture. Tom Wolfe wrote about Johnson in his book The Last American Hero, which was adapted into a film starring Jeff Bridges as Johnson. Scott's story was told in the film "Greased Lightning," played by Richard Pryor.

In every scene there's a sign, a trophy, a tip of the hat, a name, a billboard that tributes racing, the cars and the racers. They’re all based off the real signs you would find covering a garage wall like wallpaper. There's a depth to the movies not found in “Days of Thunder,” the "Fast and Furious" series, or even the excellent “Rush” directed by Ron Howard.

While these are animated movies aimed at kids, there's seriousness in this attention to detail that respects a part of our culture not often in the spotlight—another example of Pixar having its finger on the pulse of the hearts of kids and grownups, especially the kids inside those grownups.

Pixar doesn’t have to go through the trouble of having Richard Petty, who retired in 1992, play a major role, or his son Kyle. It doesn’t have to cast Formula One drivers Michael Schumacher or Lewis Hamilton who are usually racing the world over and far from any Disney studio. It would be easier to pull a random actor off a set then to bring in the actual Junior Johnson.

Racing is like war, flying and many other heart pumping, real-life experiences that can’t actually be captured on the precise medium of film. It is something that lives in the moment, whereas film has to live forever, and so inherently lacks the same feeling that anything could happen. Movies can provide us endless cool car chases, race scenes, or shots of Tom Cruise doing barrel rolls or burnouts, but, ultimately, what happens on a race track can be remade as a highly visceral experience, but it still isn’t the actual experience.

The authenticity then rests on the creators and their attention to detail to make it as believable and informed as possible. By the measurement, the “Cars” series finishes the race with the rest of Pixar’s impeccable canon, and far ahead of other racing films before it.