"It could have been me": Ryan Coogler and Michael B. Jordan talk about "Fruitvale Station"

Filmmakers will always tell you that every project is important to them. You don't spend the kind of time and energy it takes to get a film made on something you don't really care about. But for director Ryan Coogler and actor Michael B. Jordan, "Fruitvale Station" is something special. The film recounts the last day in the life of Oscar Grant, who in the early hours of January 1, 2009, was shot and killed by a Bay Area Rapid Transit police officer. Grant was unarmed, face-down on the ground, with another officer restraining him. The officer claimed he was reaching for his taser and got his gun by mistake.

When asked why this project matters so much to them, Coogler and Jordan both grow solemn. "I wish it was a different answer, but it's because it could have been me," says Jordan, whose remarkable performance as Oscar Grant anchors the film. "I'm from northern New Jersey, and I've seen a lot of my boys die by gun violence. I've got cousins locked up for a long time, in and out of jail. And I remember when it happened I felt so helpless. I had all these emotions I didn't know what to do with. I felt guilty for not doing more at the time, and when the opportunity came around again, I jumped at it. I felt a certain responsibility to play this role."

Ryan Coogler agrees. "For me it was important, first, because it hit me emotionally. I also think that there's a real disparity in the representation of young African-American men in the media." He speaks with urgency; holding eye contact as if to demand attention to what he's saying. 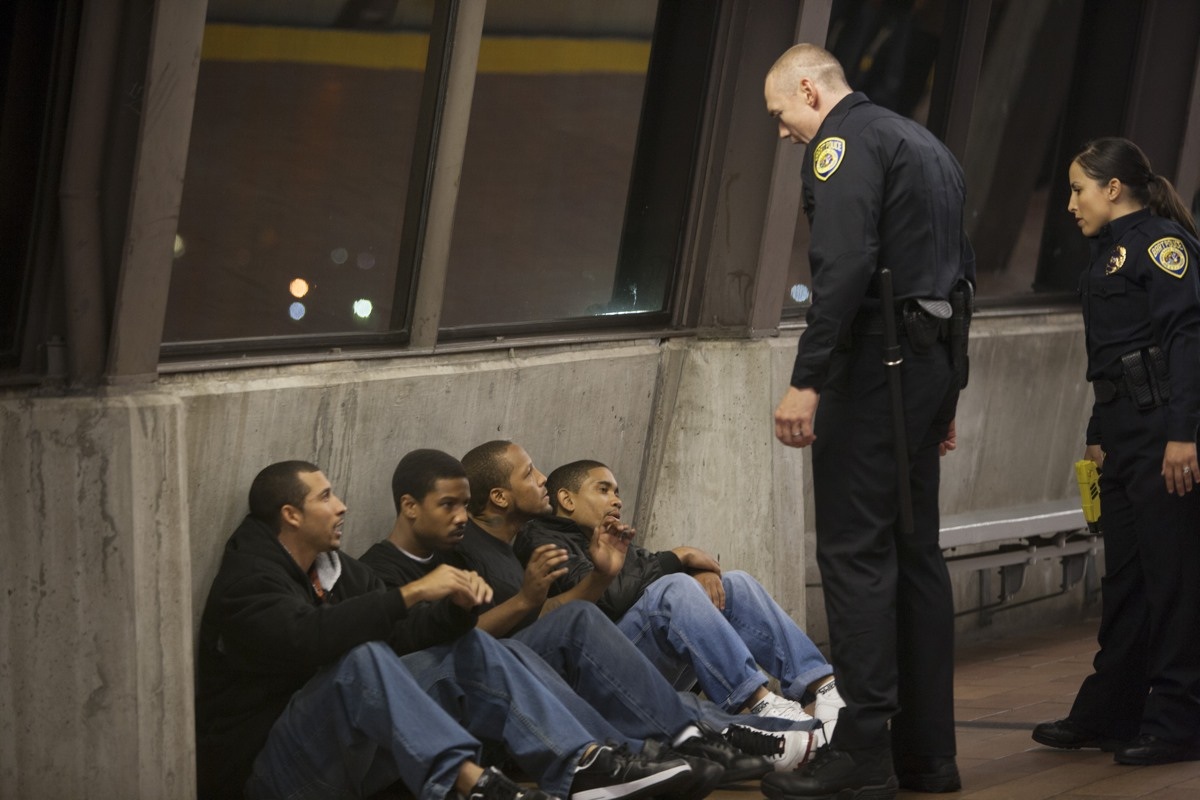 "And for so many people, the media is the only way they see young African-American men," he continues. "You're not looked at as a human being; you're looked at as a thug or a criminal or a degenerate. That's what the media puts across. That's why people aren't effected when you die. I think that's a tragedy. I thought this film could bring some insight into why our lives matter. Why people's lives matter no matter what they're doing, no matter what they're guilty of. Somebody's expecting them to come home, and when they don't, it's a tragedy, and it's a tragedy everybody should feel."

To counteract those stereotypes, Coogler knew he needed a remarkable actor. In fact, he wrote the screenplay with Jordan in mind. "I needed someone that was really talented, because he's basically on the screen for 98 percent of the movie. The audience's relationship with this guy will make or break the film. And as I was researching Oscar, I realized he was a really complex character, the most complex character I'd ever worked on. Being a young African-American man in that environment, you have to be a chameleon as a survival tactic. Oscar was almost like a magnified version of that. In some scenes you would have to make these transitions at the jump of a gun, so it had to be an incredibly skilled actor. We were flying by the seat of our pants, and working with a lot of non-actors, so I needed someone who was used to working on a fast schedule. The fact that Michael had done so much TV, I thought that was an incredible asset."

They acknowledge that there were certain challenges, one of them being getting the distinctive feel and sound of the Bay Area in northern California from an actor born and raised in New Jersey. "In the Bay Area, there's a distinct style of speaking and acting," explains Coogler. "And I can tell at the drop of the hat if someone's not from around there. Mike, he's from New Jersey, they play basketball and they're walking around, so they stand up straight, and everything is tall, everything is up in the air. But in the Bay, we drive around. We've been driving since we were thirteen. And sports-wise, we play football and baseball. We're down here" Here, Coogler, who originally attended college on a football scholarship before turning his attention to film, demonstrates a low-to-the-ground football posture.

"They speak differently from someone the Bay Area. It was Mike's idea to come up with code words to signal things about the accent." At the mention of this, Jordan laughs. "In the Bay Area, we pronounce our '–ers.' So I'd say 'pass me that water.' East coast it's 'wah-duh.' So whenever Mike was slipping into East Coast, he told me, just say 'Water.'" Coogler has done a broad version of an East Coast accent, and now, relaxing, Jordan chimes in with his own even broader, over-pronounced version of the Bay Area accent: "waterrrr." 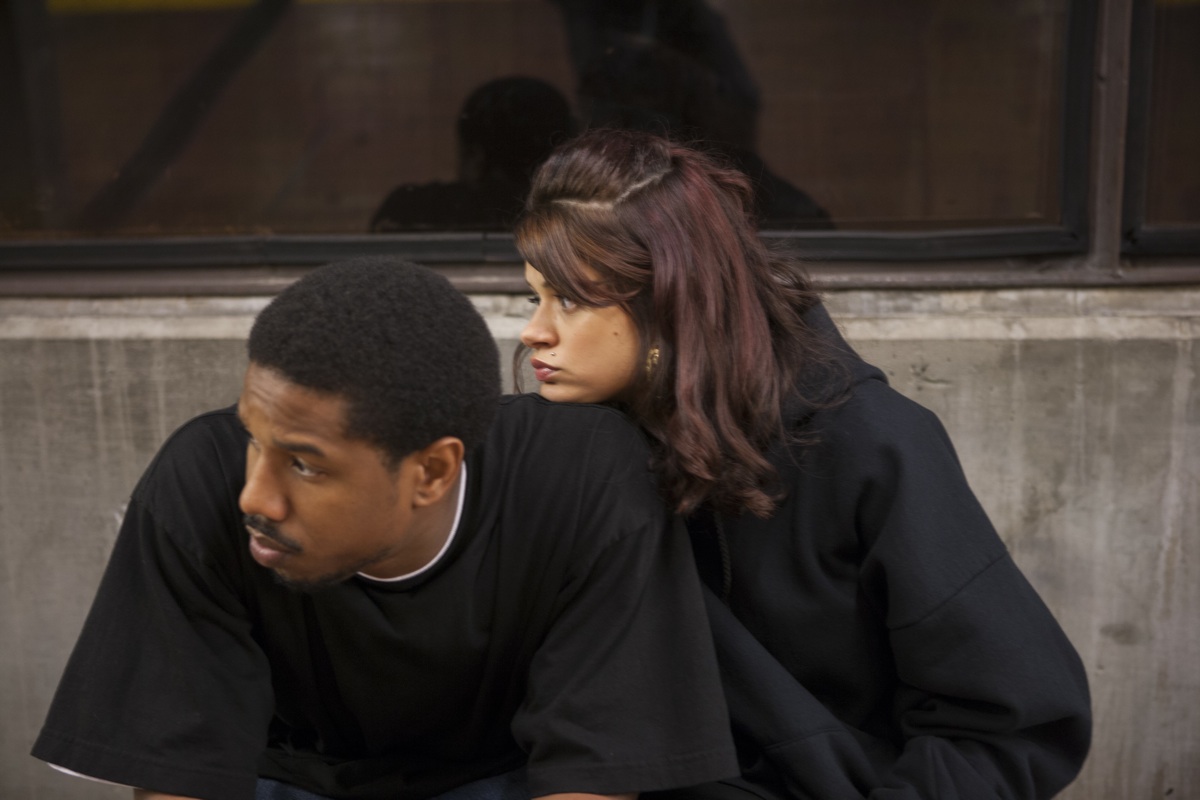 Most essential, though, Jordan had to be able to turn on a dime emotionally, since Oscar often goes from bravado to anger to despair in a matter of moments. "A lot of that was on the page," notes Jordan modestly. "But then also, on the day, a lot of it was just us talking it out. What do we need? What are we trying to achieve? What is Oscar going through at this moment? Where are those changes? Where are those little moments? And then it sounds so simplistic, but you just put yourself in that position and go do it. From an actor's perspective, I need to do it so I'm going to go do it.

I wonder, if they had it to do again, would they do anything differently? "For me," says Coogler after a long pause, "I made so many mistakes on this film, I couldn't even count them. Watching it, all I see is my mistakes. And I look forward to making another film, because all I want to do is continue to learn and to grow. But I tried my best. Every decision I made I felt was right in the moment. So I don't think I would go back and change anything. I hope to get better."

Jordan smiles. "I wish we had more time, just for him," he says, gesturing to Coogler. "From my standpoint, you don't like seeing your coach stressed out. We were in the trenches. He didn't get a haircut or shave in the whole shoot. I had to do that, and he went through that with me. Nah. I wouldn't change nothing." They both laugh.