He knew they were coming and that he would have to answer, but he didn't have to like them. At a press conference for "Ender's Game," just before the appearance in the 6000-seat Hall H, Harrison Ford was asked about Han Solo and about Ender author Orson Scott Card.

No, he explained, his "Ender" character Graff is not at all like Han Solo. This may be his first return to outer space and science fiction since "Star Wars," but "Graff is nothing like Han Solo. Graff is a very complex character in charge of an awesome responsibility. He recruits and trains young Ender and faces a lot of moral issues while using young people for warfare. The complex moral issues are Graff's story." 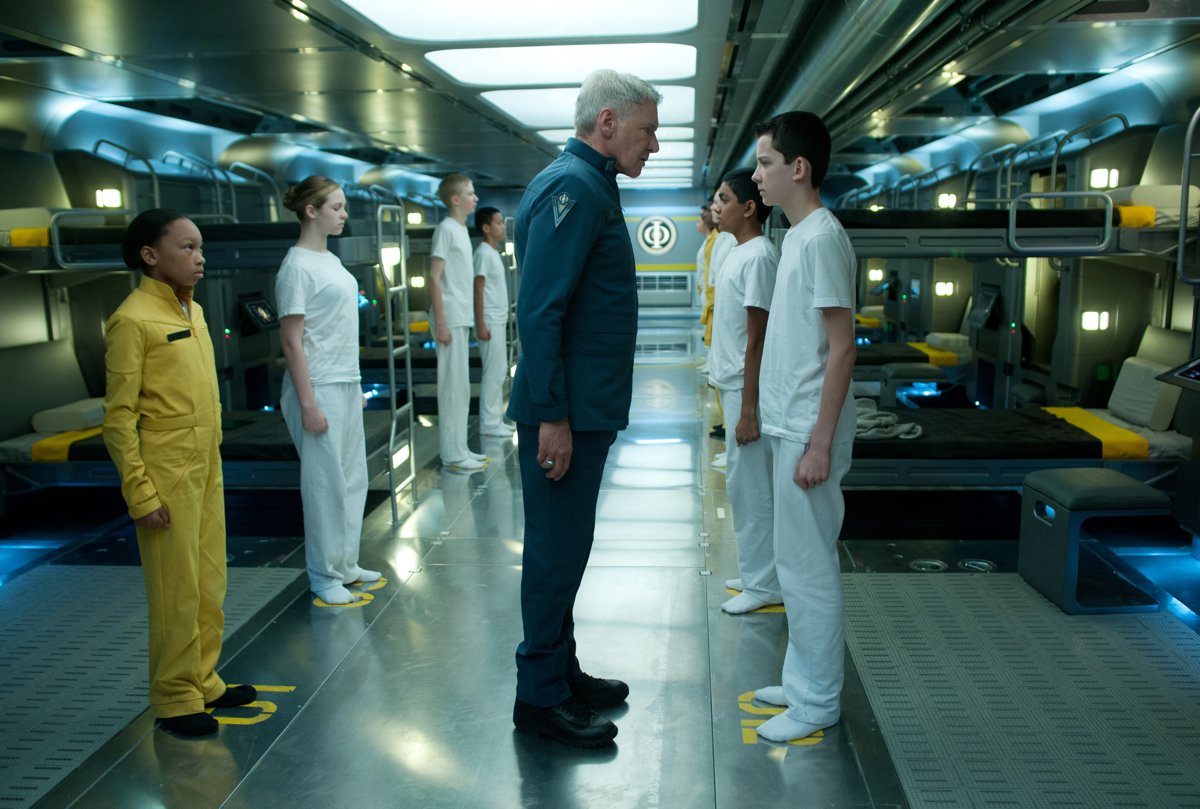 The complex moral issues of social responsibility and the role of the military give the film "high ambition" with a lot of relevance to the challenges we face today. "The morality of a society that wages war is the moral concern of this film and in our lives." Like Ender, technology gives us a remove from the consequences of our battles. But the deeper issue goes back to the beginning of conflict, the use of "the youngest and the fittest" to fight our battles. "Graff is responsible for manipulating young people for some perceived need of humanity as a whole."

Ford emphasized that Card's homophobic statements are not the issue. "None of his views regarding gay marriage are a part of the themes of this film. He has written something of value…. I'm aware of his statement that it is a battle he lost. We all know that we won, that humanity won. It's the end of the story."

Ford appeared alongside his young co-stars, Asa Butterfield ("Hugo") and Hailee Steinfeld ("True Grit"), praising them as "dedicated, devoted, and with surprising craft, understanding and skill." He had some praise for another member of the cast who was not in the room, Sir Ben Kingsley. "Despite the 'sir-ness' of him, he is a yeoman actor and a mate-y kind of guy." 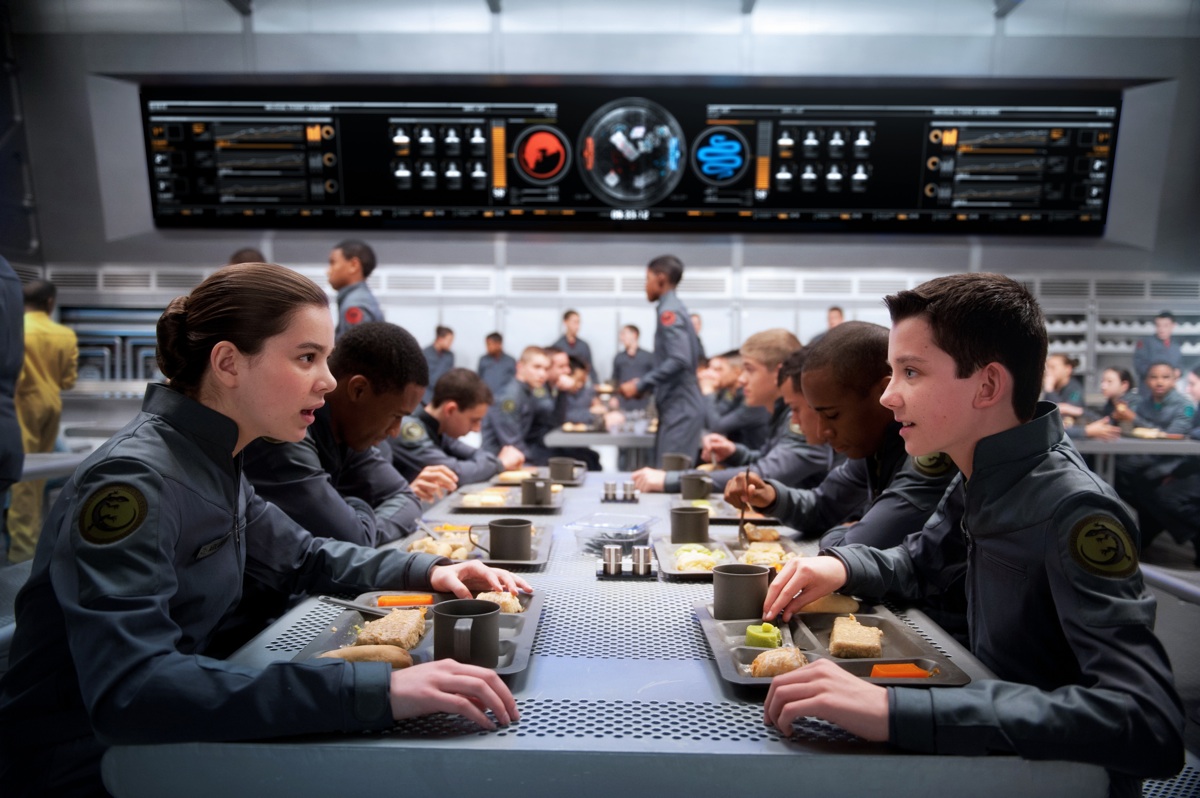 Writer/director Gavin Hood compared the big-budget studio sci-fi film to his small, independent breakthrough movie, "Tsotsi." He said both were stories of "a troubled kid struggling in a morally complex universe." This movie gave him the chance to work with "a lot of cool toys and effects, but at the end it's still a character-driven story that requires great performances." He encouraged everyone to visit the "Ender's Game Experience" exhibit. "You think of it as CGI, but whenever possible we made it as real as possible with tangible, traditional, beautifully built sets" to make it real for the performers and the audience. "We spent hours on how the helmets reflect light."