Beginning at 5am EST today, the Fox Soccer Channel will be replaced in 72 million homes by a new network from the FX family: FXX. With Netflix raking in Emmy nominations, websites like Amazon, Hulu and YouTube offering more original programming and the competition for viewers' attention growing more fierce, it seems curious that an established network like FX would divide its audience. The launch of FXX, however, is the first move in a campaign to grow the FX brand and expand its stable of original series.

With the launch of FXX, FX Networks plans to target each of its channels at specific age groups, as defined by the most sought after advertising demographics. FXX's key focus is younger adults between the ages of 18 and 34. The FX flagship channel will cast its eye towards slightly older viewers between ages 18-49. FXM (formerly Fox Movie Channel), whose programming consists largely of films, aims at the even older 25-54 demographic. FX CEO John Landgraf says that all three channels are "subsets of the FX brand, just as all of HBO's multiplexes are subsets of the HBO brand."

FXX's launch lineup will look very familiar to longtime viewers of FX, as all three original shows premiering on the network have been ported over from its parent channel. On Wednesday, September 4, new seasons of "It's Always Sunny in Philadelphia" and "The League" will premiere at 10pm and 10:30pm EST. The late-night talk show "Totally Biased with W. Kamau Bell," which premiered last year on FX, will transform from a weekly to a nightly show, airing Mondays-Thursdays at 11pm EST. The FX series "Legit" will also be making the move when its second season premieres in January 2014. 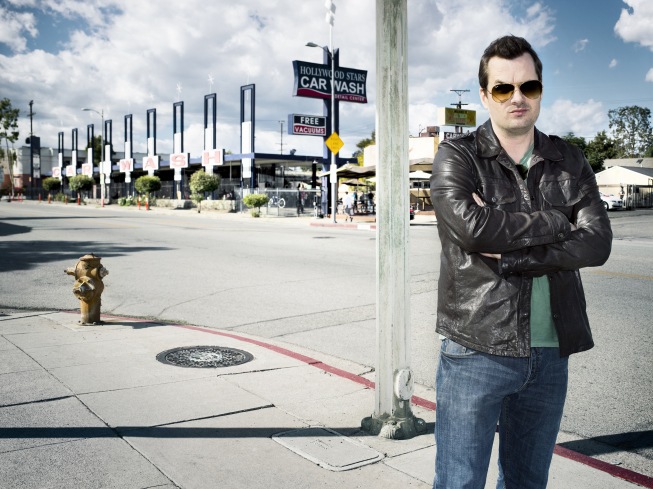 "We wanted to take fully-established comedies that had reached their apex, in terms of awareness," Landgraf said, "and to choose shows that had very strong followings among younger viewers." The rest of FXX's programming slate will be filled by re-runs of series like "How I Met Your Mother" (which will also continue to air on FX), "Arrested Development" and "Sports Night." The network's launch will be celebrated with an all-day marathon of the critically acclaimed sitcom "Parks and Recreation." Like the other FX networks, FXX will also air movies, with a focus on youthful titles like "
Advertisement
Easy A" and "Superbad."

While this lineup may look a little lean, it's actually not that dissimilar from what FX offers. The flagship's currently airing lineup features three original series: "The Bridge," "Anger Management" and "Wilfred," the exact same number of titles that FXX will launch with. The bulk of the FX programming hours are reserved for re-runs of "Two and Half Men" and other acquired series, as well as films like "Battle: Los Angeles."

With a launch lineup consisting entirely of older FX series, a big question raised by FXX's launch is when it will begin to present its own original programming. Landgraf boasted of FX's increased development: "We've massively ramped up the number of series we're producing and the number of pilots we're making. You're going to see a rapid growth in the total amount of original programming that FX, as a brand, is putting out." These new series are not only intended to grow FXX's library of original content but will also fill the holes left in the FX schedule by the transplanted shows, while increase the amount of programming on the flagship station. The intention is for FX Networks' slate of original programming to double in size, with the goal of having 25 scripted original series across three networks through the next three years.

One area the FX networks aren't exploring is reality programming, a less expensive product that has been the cornerstone of several cable channels. Landgraf sees his network as a premium cable brand, similar to HBO or Showtime. "I don't think a premium brand belongs in the reality business." 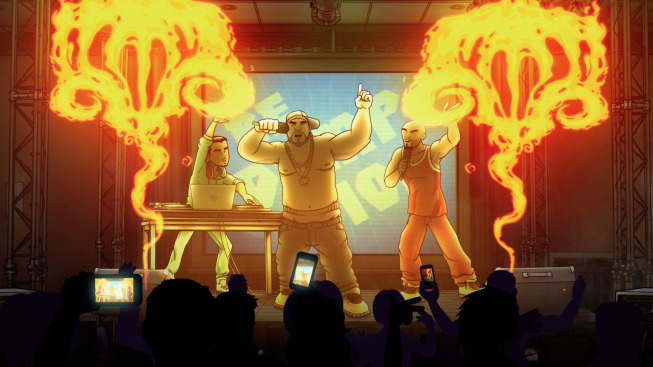 Currently FXX's only announced new series is "Chozen," an animated comedy from producers Grant Dekernion and Danny McBride about a gay white rapper who has recently been released from prison, on a quest for redemption. The voice cast will include "Saturday Night Live"'s Bobby Moynihan, Michael Peña, Hannibal Burress, Kathryn Hahn, Nick Swardson and McBride. Dekernion will rap the songs for the series. Landgraf confirmed that this is likely to be FXX's first original series, with an eye at premiering it in early 2014.

While FXX's launch lineup has an emphasis on comic programming, the goal is for the channel to eventually carry drama series, as well. "It's an extremely expensive proposition to both make and market a drama," Landgraf said. Due to these financial concerns, FXX will need some time grow its distribution, both in terms of the number of homes it is offered in, as well the number of viewers that actually utilize the channel. "As soon as I think that we are ready, we will start programming dramas because it'll make that channel stronger. That could happen in a year. It could take three."

Landgraf's wait-and-see attitude is a common theme in the launch of FXX and expansion of FX Networks. The animated comedy "Archer" seems like a naturul fit for FXX's youthful persona, but isn't making the jump. Landgraf feels that the show has yet to reach its aforementioned apex. He added, "As to whether 'Archer' will stay on FX for the remainder of its run as a series or whether it might move to FXX, I really don't know." As to how he'll judge the success of his brand new baby network, Landgraf will be satisfied if FXX bests the ratings that the Fox Soccer Channel (the channel its replacing) was pulling in.

Fans of "It's Always Sunny," "The League," "Totally Biased" and "Parks and Recreation" reruns will have plenty of reasons to seek out FXX this week. As for what the newly expanded FX brand will grow into and whether it will live up to the CEO's frequent comparisons to HBO, we'll just have to wait and see. As Landgraf says, "It's really, really early days. It's not like you flip a switch on Labor Day and we will have arrived at our destination. It's the first leg of a very long journey."