"The Hot Nights of Linda" (Severin)

Jess Franco's 1975 erotic-gothic effort has a Warholian rawness that makes it utterly compelling if you're not repelled by the purposeful skeeviness of the whole enterprise. Starring his muse and wife Lina Romay as the enthusiastically uninhibited daughter of a decidedly degenerate and secrets-crippled household, its beauty, such as it is, comes from the cinematography being so raw, so unpolished. The decadent goings-on have an almost documentary-like thrill. The Blu-ray of this triple-disc set (high def and standard def editions make up the first two) nails the looks, print scratches and all. A third disc presents a standard-def rendition of the hardcore version, which was digitized from a VHS tape and looks it. In addition it is kind of icky. The extras are Fantastic-Fest-centric enough to include actual footage from a Fantastic Fest tribute to the filmmaker. — B 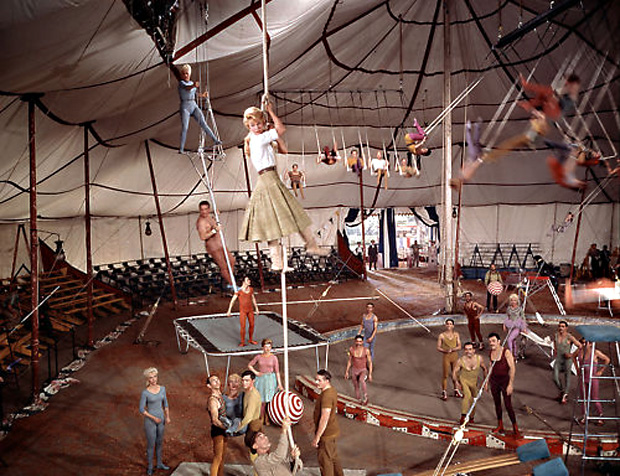 Steven Boyd in a musical? What the hey? Actually, he's not bad, and makes a not inapt romantic foil to top-billed Doris Day. This 1962 movie, one of the last gasps of the proper MGM musical, is, as such, not afforded much love today on account of last-gasp-dom and all the flagging inspiration that implies. Also even if they were in the original stage production, the Rodgers and Hart songs, while lovely, are a bad fit for the Big Top scenario ("The most beautiful girl in the world/picks my tie out" YOU WORK IN THE CIRCUS YOU DON'T NEED TO WEAR A TIE, etc.). Still, this is a handsome movie (production value!), very colorful, and relatively innocuous. The Blu-ray is really impeccable. An ideal demo disc with which to impress your grandmother, I'd say. — B+

Presenting a very nice transfer of the 1966 widescreen near epic about a bit of 19th century nastiness in Sudan and Egypt and the British trying to hold it all together down there, tut tut, pip pip, etc. Interestingly, this production was in a less cumbersome iteration of Cinerama which reminds us that today's debates about "fake" IMAX are nothing new. Any how, the desertscapes and action all look beautiful and solid; what tech wonks call a "density" issue yields slight throbbing in the wide blue skies of some scenes but nothing too distracting: it's quite an impressive thing. I didn't have time to check out its unofficial companion piece, "Zulu," also just out on Twilight Time, but I hope to get to that elegy for imperialism soon. Like "Zulu" this has a commentary track featuring historian (and Twilight Time co-founder) Nick Redman, critic Julie Kirgo, and screenwriter Lem Dobbs, who's unusually and somewhat amusingly critical of the film and comes down hard on its director Basil Dearden. Damn. —A- 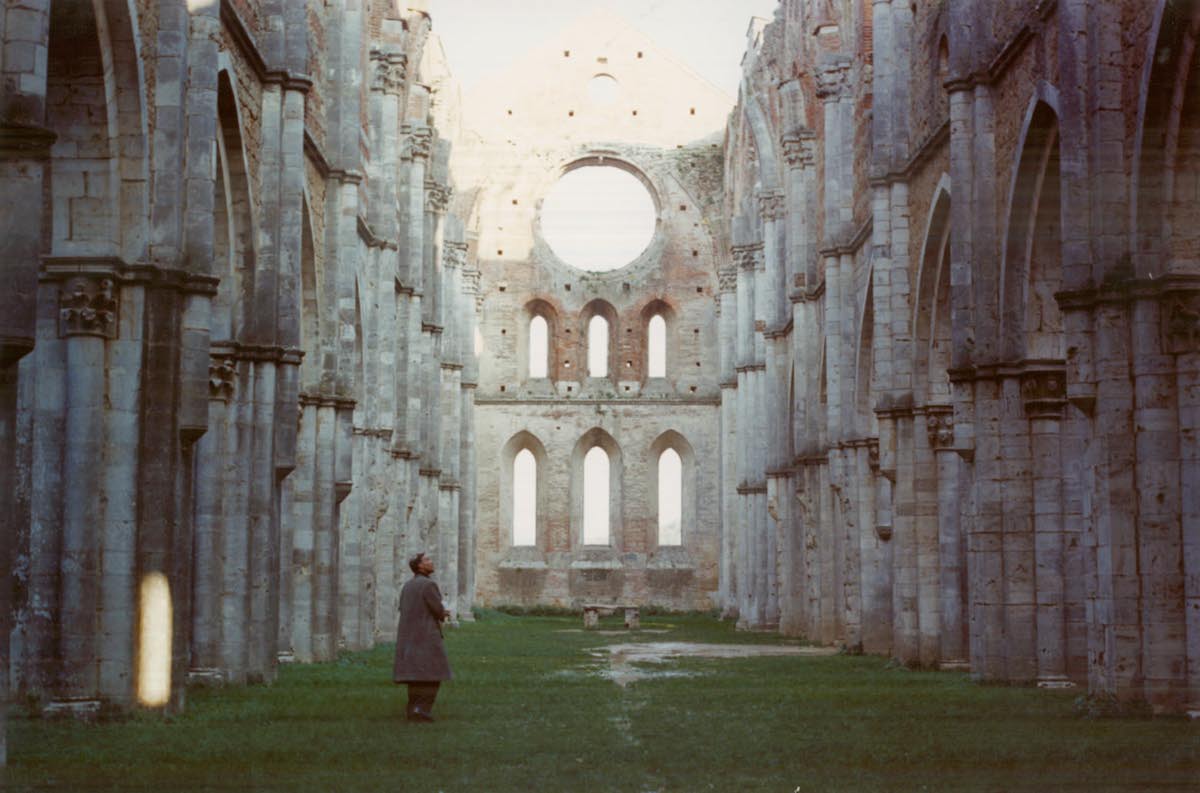 I dare say a similar density issue to that which can be found in "Khartoum" hits this high-def transfer of Tarkovsky's 1983-shot penultimate feature right at the outset. The fog-shrouded near-marsh by the church that its two main characters are visiting has to have been a nightmare to translate into digital, and there is, at least on my set in its current (up to date) calibration settings, a noticeable amount of near-noise, in the form of pink patches, in this scene. However. Things do pick up once the characters are in the church, and stay solid and detailed throughout. A movie with a lot of sensationally sensitive visuals, teeming with detail. This is finally a worthy home-viewable rendering. — A-
Advertisement

Richard Lester's 1975 adaptation of George MacDonald Fraser's second Flashman novel takes the piss out of period adventure pics as slyly as Fraser's books take the piss out of period adventure novels. Malcolm McDowell is as game as he ever was playing the bully/coward who's a hero in his own mind. The period pastiche is enabled by the wealth of diffused light captured in cinematographer Geoffrey Unsworth's lens; dig the milky glow of the white vests worn by the boxers in evening dress (Oliver Reed and real life pugilist Henry Cooper) in one particularly wry depiction. There's also a bathhouse scene presaging Lester's subsequent "The Ritz"…or is it quoting "The Life And Death of Colonel Blimp?" Presented in delightful 1.66 , and featuring a rollicking casual commentary with Nick Redman and McDowell. A- 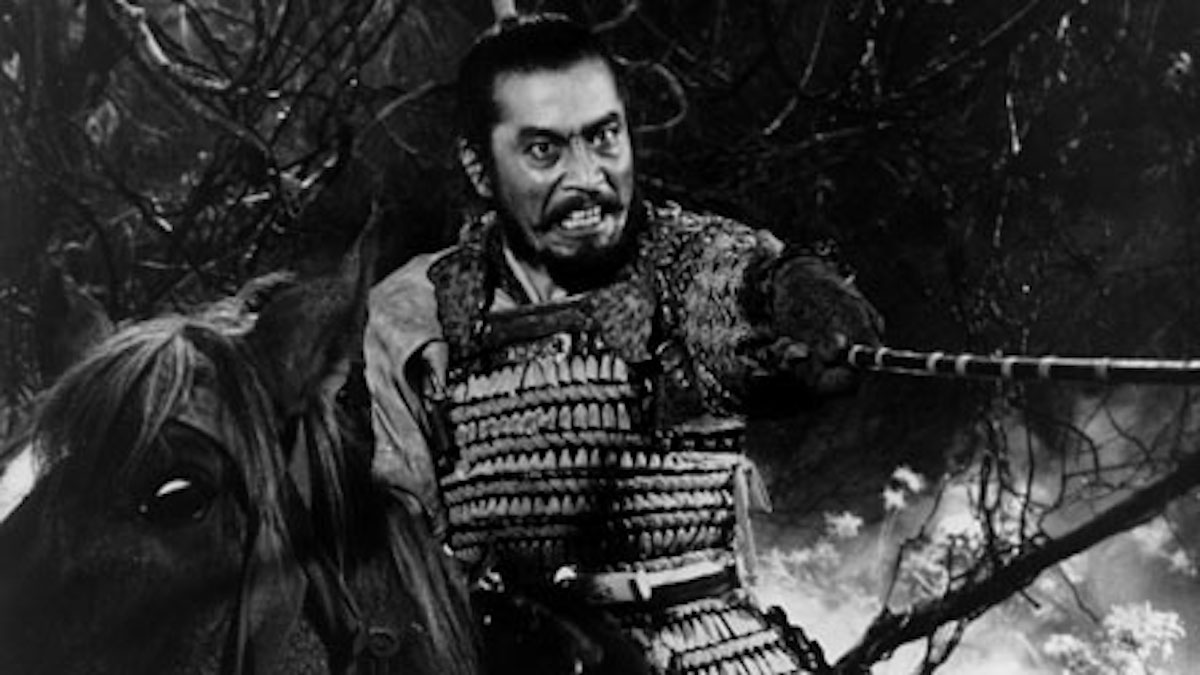 I remember as a young cinephile (like, I don't know, 8?) seeing this title listed in "TV Guide" as running on Channel 9 at like two in the morning and being super irritated that my parents wouldn't let me stay up to watch it. When I finally saw it—in case you are unfamiliar with the movie, it's Kurosawa's stripped-down and Japanesed-up 1957 version of "Macbeth," starring Toshiro Mifune, and it's AWESOME—it did not disappoint even though it was in black and white. This disc is the best I've ever seen it, which means it's breathtaking, from the wispy white net of the dwelling place of the eerie prophet of the protagonists' doom to the stark solidity of the arrows that…well, see for yourself. A great one, with copious extras including two separate sets of subtitles, one by the late film scholar Donald Richie, another by Linda Hoaglund. Now THAT's thorough. —A+ 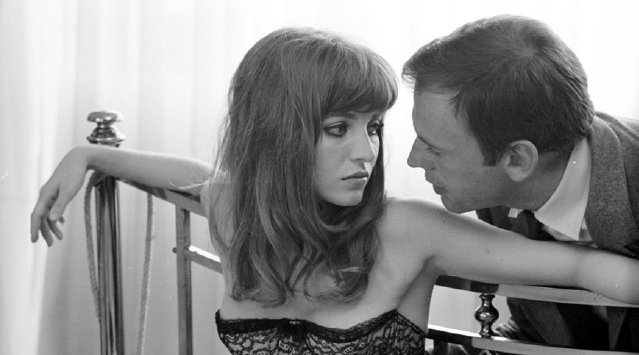 Alain Robbe-Grillet never became as accomplished a filmmaker as he was a novelist, and despite his dismissive remarks about his early collaborator Alain Resnais, technically the writer never touched the hem of Resnais' garment in cinematic terms. Which isn't to say that Robbe-Grillet's films are not engagingly loopy postmodern puzzle pieces in their own right. This 1966 picture, his second, is pretty tame compared to his subsequent forays into erotica (which increasingly resembled arty exploitation movies), but it's a trip anyway. Beginning with Robbe-Grillet and his real-life wife Catherine (yep, the old-lady dominatrix recently featured in "
Advertisement
Vanity Fair," not so old here, obviously) getting on a train and talking out an espionage movie, which is subsequently acted out by Jean-Louis Trintignant and young Marie France Pisier, who gets handcuffed to an iron bed frame in her underwear a lot. ("Such a nice French girl, why'd she let them do that to her?" I heard an old lady say after a MoMA screening of the film I saw during the actress' brief "Other Side of Midnight"-related American fame.) A solid transfer, with a good archival interview with the auteur. As I once wrote in a third-grade book report (I'm paraphrasing), "I look forward to more works from this writer."—A- 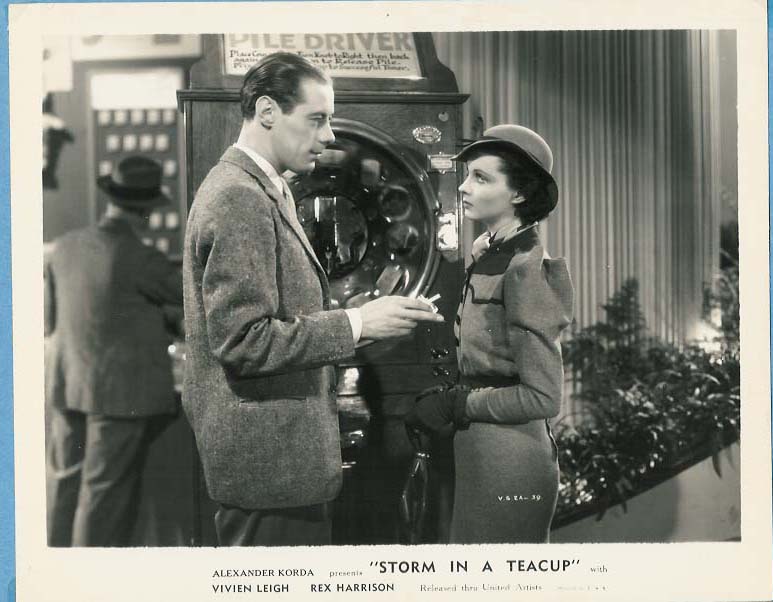 Four films on two discs, all made between 1937 and 1938, busy years for Ms. Leigh, who doesn't exactly star in most of them; the pictures are "Fire Over England," "Dark Journey," "St. Martin's Lane" and "Storm In A Teacup," all solid 2K transfers of material ranging from "okay" to "good," with "Storm in a Teacup" looking best and "St. Martin's Lane" the most variable. Not anyone's idea of a demo disc, BUT worth looking into even if you aren't crazy about Vivien Leigh, because the four films contained herein are all intriguing, entertaining, and provide a narrow but acute window into what the British mainstream cinema was up to in these crucial years. A subject on which further research is absolutely called for, I'd say. —B+