When I came to The Sun-Times in 1966, the legend was still fresh in memory: How when John F. Kennedy was shot, Bill Mauldin went directly to his easel and produced a drawing that was reproduced around the world. The Sun-Times gave it the entire back page. It was stunning. It said everything, and it said it with grief and anger at the same time. 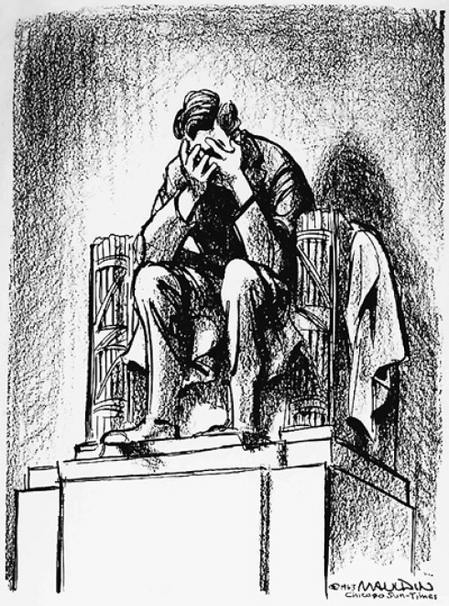 Bill and Ann Landers (Eppie Lederer) were the two most famous people on the paper. They were both nice and hung out with their fellow employees, although I can't say Eppie was a regular at Riccardo's, the hangout out the back door across Rush Street.

The front booth at Riccardo's on a Friday night would often hold Bill, his great pal John Fischetti, editorial cartoonist of the Chicago Daily News; Studs Terkel, Mike Royko, and assorted visiting firemen. Bill was good company. I remember one night I gave Bill and a copy girl named Chris rides home. Chris lived in Sandburg Terrace. As she got out and walked toward the door, I said, "There she goes, the milk-fed flower of American youth."

After Bill married Chris, he never let me forget those words. After a time they moved to Santa Fe and Bill sent his drawings in by wirephoto. He adopted a bolder line, because he developed arthritis in his fingers. Eventually he had to stop drawing. I had a wonderful time with them once in Santa Fe. He seemed happy and at peace.

The last years of his life were tragic ones. This is not the place to recite them. He slogged through World War Two as an infantryman with a drawing pad, and drew indelible cartoons that made GIs feel someone understood them. He drew the lasting image of the nation's grief after Kennedy was murdered. He was a great man. He was a friend. He lived too long. 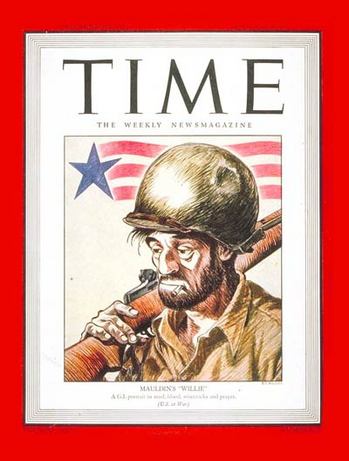 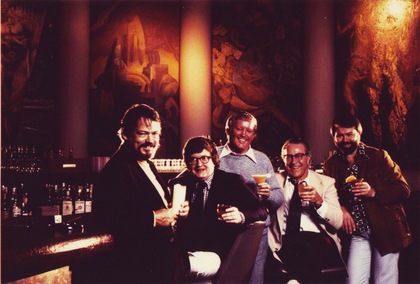