Directors Shari Springer Berman and Robert Pulcini often make movies about characters who are trying hard to tell their own stories. Their brilliant film "American Splendor" has real-life graphic memoirist Harvey Pekar watching Paul Giamatti playing him and Hope Davis playing his wife in the story of his life. They directed "The Nanny Diaries," based on the novel by two former New York nannies about caring for the children of the super-rich, and "Cinema Verite," with Diane Lane and James Gandolfini, based on the true story of the Loud family, who allowed documentarians to film their very dysfunctional home in 1973.

Their new film, "Girl Most Likely," is not based on fact, but it is about someone who is trying to tell her story. Kristen Wiig plays a once-promising playwright who loses her boyfriend, her job, and her New York apartment and ends up staying with her mother, played by Annette Bening, on the Jersey Shore. Her early success came from plays based on her own life, but after winning a prestigious prize, she has been unable to finish a play. I spoke to Berman and Pulcini about using New York actors, directing Kristen Wiig in her first dramatic role, and how a "Glee" star's singing interview got him a part in the film.

I have to begin by asking you about one of the most mesmerizing images in the film, Annette Bening's lipstick, almost holographic in its layering of colors. That's as close as you get in this film to a special effect.

SSB: Annette is incredibly hands-on about all of her props, all of her make-up, all of her wardrobe. She's such an incredible actress and her process involves being part of the selection in conceiving of her character. The wig, her hairdo, was a huge discussion. Annette did research in Ocean City, New Jersey and spent some time there. She really took it all in. She did it first hand; she didn't just watch "Jersey Shore." So that whole look, we all participated in it, but she was really driving it.

How did you get involved with this project?

RP: We got the script for this, and they said, "Kristen Wiig really wants to make this movie," and of course we are really big fans. And when we read it, it seemed very familiar to us, some of the themes and the class issues. Part of the appeal of this one was after the elaborate period piece of "Cinema Verite," where there were all kinds of legal issues and so many real people involved, we could kind of jump into this. Kristen had a very little window before she had to get back for her last season at SNL, so we were sort of, "Let's do it!" And we all jumped in and made it happen, so that was fun.

SSB: The script came to us with Kristen attached. Michelle Morgan wrote it and Kristen was set to play the lead. She was writing "Bridesmaids," but they hadn't made the film yet. But we were really big fans. We'd seen her on "SNL" and in movies and really believed that she had range, that she could do anything really that she put her mind to. It was really appealing to us that she was attached to it and that it was a project she was really passionate about. We developed the script—Michelle wrote it but we gave some notes, Kristen gave some notes, we all worked together, and then we went off and made "Cinema Verite" and she went off and made "Bridesmaids" and the whole world went crazy!

RP: We were a little surprised that after "Bridesmaids" she came back and said, "I still want to do this. Let's do it. This is the movie I really want to do." It was really a "let's get a barn and put on a show" energy.

How about the rest of the cast? Where did they come from?

SSB: Kristen was a producer as well, so she was involved, too. Annette was just a no-brainer. Aside from being an incredible dramatic actress, she can be incredibly funny. I remembered "American Beauty" and in a lot of movies, she can be funny as well as poignant. And there's something about Annette and Kristen that seems to make sense as mother and daughter; it's believable. We were blessed that she wanted to do it. The part of Lee, played by Darren Criss, that was hard because it was scripted that he is a Back Street Boy impersonator. It had to be someone who could get up and dance. And he has to be a romantic interest, but it is scripted that he is much younger than her so there has to be a connection but it also has to feel a little weird for them to be together. It was hard to find the right person. Bob thought we should look at the people on "Glee," and he went online and found this interview Darren did with Rolling Stone, where he sang all the answers to the questions. He was like, "Shari, come here and look at this! There's something special with this guy." 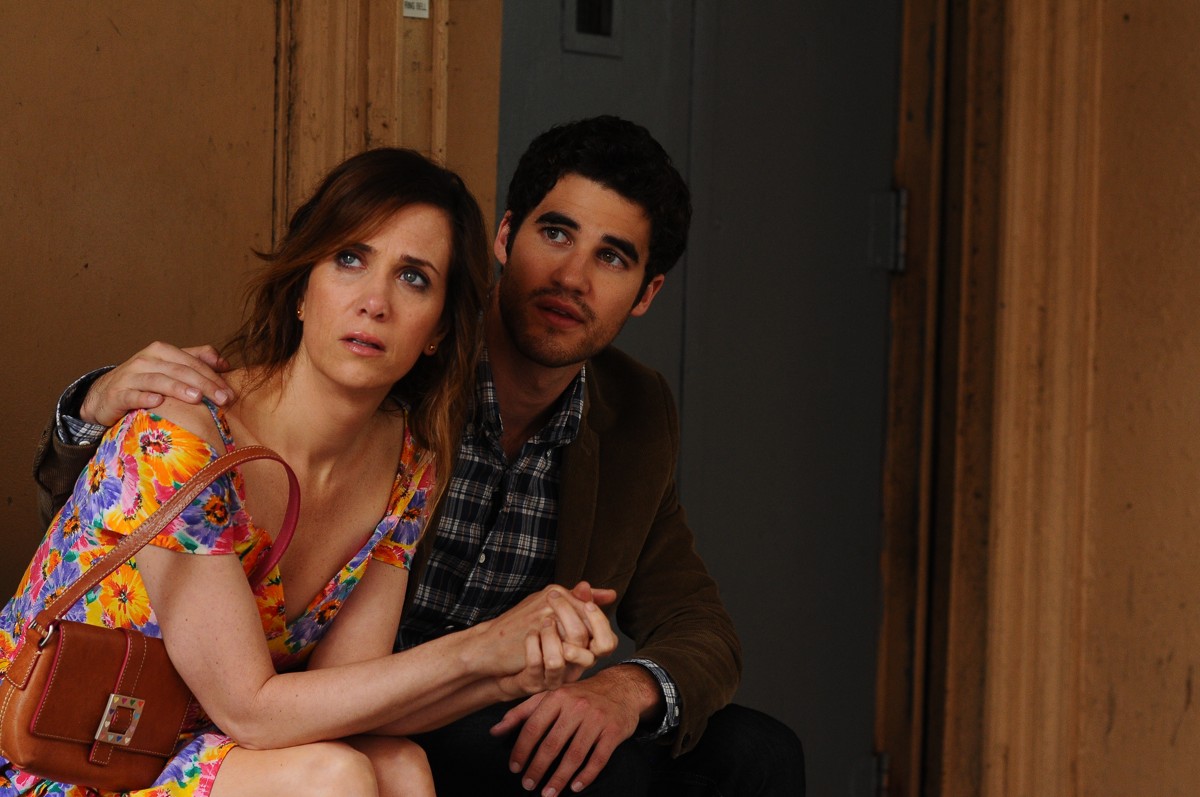 RP: He was just sitting there with his guitar singing the answer to every question. It was really charming and funny and I thought, "he really has the light touch that would be very good. He doesn't take himself too seriously and that would be really good for Kristen's character, who takes herself very seriously."

It was great to see some Broadway actors in the film.

SSB: The best part of shooting in New York is that you get this wealth of brilliant actors from the theater that you can cast. Reed Birney [who plays a doctor], Johnny Orsini, who is now in "The Nance," has a very small role, Bob Balaban, these amazing people who work in the theater primarily, and they'll come in for a small part.

RP: The role of Ralph [the brother of Wiig's character] was the hardest role to cast. We didn't want that to go in the wrong direction. You don't want someone trying to be funny. We found Christopher Fitzgerald, who's another great theater actor. He's been nominated for Tony awards and is opening in London in "Barnum," walking on high wire. He's an amazing, amazing guy, with a beautiful voice.

SSB: We were close to casting someone else. We didn't know him. But he came into the audition and blew us away. He was so good. You couldn't ignore it.

What's the best advice you ever got about making movies?

RP: "Keep making movies." People get very precious about their projects. Some people wait years between films, and maybe that's their process, but we like to work. And on every movie you learn.