A Different Rail: The Artists of “Author” and “Catfish”

The recent opening of “Author: The JT LeRoy Story” provides an unusual opportunity for audiences to examine why the world pays such rapt attention to the young, ambitious, conventionally-attractive artist types—even when they’re entirely fictional. Laura Albert, a then 31-year-old writer, figured this out quicker than most and turned the “younger and sleeker is better” adage to her advantage in 1996 when she started writing through the literary pseudonym of JT LeRoy, a West Virginian gay teenage truck-stop sex worker, drug-addict and homeless runaway. It was LeRoy, not Albert, who published the novel Sarah and the short-collection The Heart is Deceitful Above All Things. At the first San Francisco reading for Sarah, we see heartbreaking footage of Albert, decked out in a classic ‘90s velvet bucket hat and flowery dress: the true author behind the words and yet entirely uncredited in public for their creation.

Both Sarah and The Heart is Deceitful became bestsellers in multiple languages and attracted A-list celebrities to read on behalf of “camera-shy” LeRoy. Within a few years, the former was optioned for film by Gus Van Sant, while the latter was made into a movie by Asia Argento in 2006. But when LeRoy’s story unraveled under scrutiny from New York magazine and The New York Times, Albert went into hiding and remained mum on her true motivations in writing for so long as LeRoy. Until, that is, her collaboration with director Jeff Feuerzeig. With “Author,” Albert (now fifty) has a chance to tell her interpretation of the events that unfolded over the course of a decade and led to the “accident” (the term she used when she confessed to Billy Corgan) of JT LeRoy.

The story of Laura Albert brings to mind another artist and popular documentary figure, Angela Wesselman of the 2010 film “Catfish.” When we first meet the “real” Wesselman, she is a 40-year-old housewife who gave up her artistic career a year earlier at the insistence of her husband Vince (“I remind her, ‘What is it you want in life? Because you can’t have it all.’”). Largely frustrated at the lack of creative outlet, she invented an entire Facebook social group of Midwestern-based siblings, husbands, wives and family friends, but spent most of her time socializing as the characters Abby (an eight-year-old painting prodigy who claimed to have sold her original oils and watercolors for upwards of $7,000) and Megan Faccio, a 19-year-old belly-dancing, cello-and-guitar-playing employee at a Michigan veterinarian office who also owns her own farm, complete with a goat, chickens and several horses. “It would take a New Yorker to believe horse farms in Michigan are cheap enough for a 19-year-old to buy,” Roger Ebert wrote in his review. He was absolutely right.

Still, the Abby and Megan characters won over real-life admirer Nev Schulman through flattery, Express Mail paintings created in homage of Schulman’s ballerina still photos, and Wesselman’s own strategically chosen/stolen pictures. It’s the many, many Facebook photos that seem to reveal so much about how Wesselman wants to be seen by her long-distance friend: Abby is all sparkly innocence in her blonde ponytail and pink cowboy hat, while Megan’s wide eyes and waifish model appearance suggest a budding sexuality. (As it turns out, Wesselman stole the photos of “Megan” from an actual model, Aimee Gonzales.) 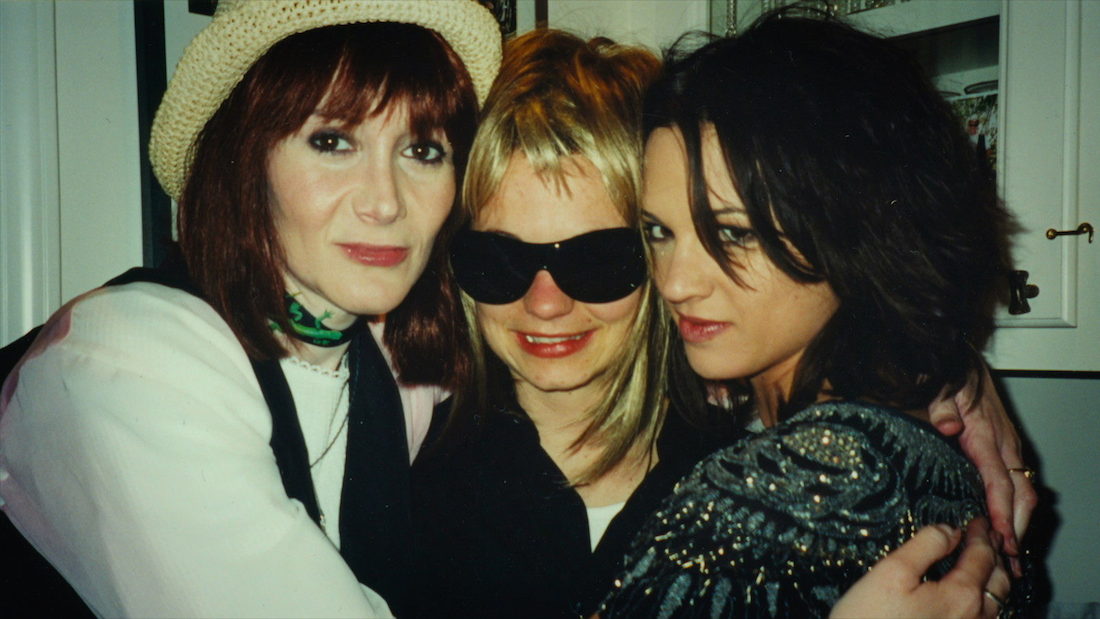 The similarities between the two female [con] artists Albert and Wesselman are uncanny: in terms of demographics, they’re both white, middle-aged, working-class women paired off in long-term relationships. Both women studied multiple artistic disciplines—Albert took writing classes at the New School in New York, wrote angry punk songs and performed in the band Thistle, while Wesselman pursued dancing, drawing and painting. And both women stalled in their creative careers until they pursued fake relationships with higher-profile public figures; in Wesselman's case, her friendship with New York Sun dance photographer Schulman led to interviews on “20/20” and a website to sell her original paintings and prints (her chosen nom de plume for painting is Angela Pierce). And with Albert, her relentless phone calls to established novelists Dennis Cooper, Bruce Benderson and Mary Karr in the late 1990s led to a contract with agent Ira Silverberg and a backstage conversation with Bono. Their creations of JT LeRoy/Abby/Megan required inventing more characters to support the elaborate stories: Wesselman invented friends for Megan who could suddenly whisk her off to rehab when Schulman came to visit and Albert conjured up a social worker named Emily and a manager named Speedie to keep the illusion of JT going.

None of this mind-blowing fame or success would have been possible if these two women shilled their work out as their real selves. Yet both women also insisted that their fictional personas were never meant to be seen as a manipulative con.

“I’m not a hoax,” Albert insists at the end of “Author.” “I’d like to be a myth. My books are not a hoax, they’re real … I am pulling the switch. I am making the decision to go to a different rail.”

For Wesselman, the distinction between herself and the made-up Faccios is a bit blurry. During a horseback-riding lesson in “Catfish” for the real-life Abby (who isn’t very interested in painting and expresses confusion when asked about her estranged half-sister Megan), Schulman gently confronts Wesselman with the truth as she leans into a fencepost, blocking her face with an American Girl doll perched nearby as she blushes into the arm crook of her faded yellow cardigan. Schulman grills her on all the details of her year-long fraud and she finally confesses to making it all up. “I’m so embarrassed,” she says, even as Schulman tries to console her by saying she’s got “a really great imagination.” 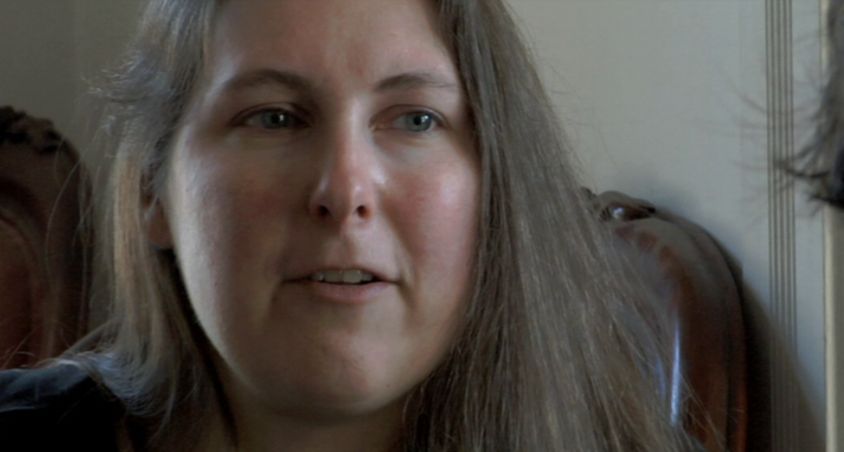 Near the end of “Catfish,” the tables turn in Wesselman’s favor as she sketches Schulman for a pastel painting. The act of drawing the man who’s asked her so many pressing and personal questions puts her back in control; she compliments his “changing eyes” and “nice teeth”—and now it’s his turn to pull his body inward, his movement graceless. She starts to open up about her motivations for making up these fake Faccios: “A lot of the personalities that came out were just fragments of myself. Fragments of things I used to be. Wanted to be. Never could be.” A lifetime of pent-up regret at all that she’s given up crosses over her face. She cries a little, the glint of her wedding ring flashing before the camera.

Of course, once the rouse was up for both Albert and Wesselman, the public couldn’t get enough of their artistic output. In one of “Author”’s funniest scenes, Courtney Love calls Albert to discuss the possibility of a redemption book that would eventually appear on “Oprah.” In the middle of their conversation, Love says she has “a really small line of coke” laid out in front of her, then asks if it’s okay with Albert if she takes it during their call. After Albert agrees, we then hear Love’s garish snorting of the cocaine before she exclaims, “Let’s write this book together!” In this stunning reversal of the film’s order, an established star globs onto a lesser celebrity in the hopes of finding that ever-elusive magic of infamy.

With “Author” and “Catfish,” we have two unique character studies that show how ambition can curdle when left untended—and how that same ambition can also transform into new possibilities when channeled in youthful, wholly new bodies. For some, the movies may appear as morality tales, intended to chide the creators of elaborate hoaxes. But when women as young as 31 find themselves wondering if they are too old to successfully pursue their dreams, these films present how far a couple of unknowns with vision and audacity are willing to go to have their voices heard.