5 Things I Don't Want President Trump To Teach Our Children

Thumbnails is a roundup of brief excerpts to introduce you to articles from other websites that we found worth sharing. We provide links to the original sources for you to read in their entirety. Normally we stick pretty close to articles about movies, but like our founder, Roger Ebert, we believe that our first responsibility is "citizen." So occasionally we stray from our lane to fulfill our role of participant in a free democracy. As a follow-up to our previous installment of political thumbnails published on June 23rd, we have compiled a series of important articles illustrating why we must resist the unprecedented deterioration of the office of the presidency.  In 2011, Roger published an essay entitled "The One-Percenters," in which he wrote, ""The most visible plutocrat in America is Donald Trump, a man who has made a fetish of his power. What kind of sick mind conceives of a television show built on suspense about which ‘contestant’ he will ‘fire’ next?" Roger's article continued, "What sort of masochism builds his viewership? Sadly, I suspect it is based on viewers who identify with Trump, and envy his power over his victims. Don’t viewers understand they are the ones being fired in today’s America?"

As we approach July 4, Independence Day, sadly I feel like President Trump is on a path to firing America--all of us. And we must resist these sad lessons he is teaching our children in the process.  It is not okay for the leader of the free world to be abrasive and a name-calling bully or to incite violence to others just because they disagree with him.  It is not okay to be openly misogynistic. We must not allow him to take away our health care, our first amendment rights including open and transparent press briefings, our civil way of interacting in the political realms, or  our life,  liberty and pursuit of happiness.  It's inhumane, cruel and un-American. If President Trump needs help, then by all means, let's get help for him! Believe it or not, I have compassion for what he must be experiencing internally to be acting out in such dire ways.  But please, we cannot afford to just stand by and do nothing and watch our whole way of life go down the tubes, while he is watching the tube and tweeting about it.—Chaz Ebert

1. He is teaching our children that women are ugly, disgusting and bloody. 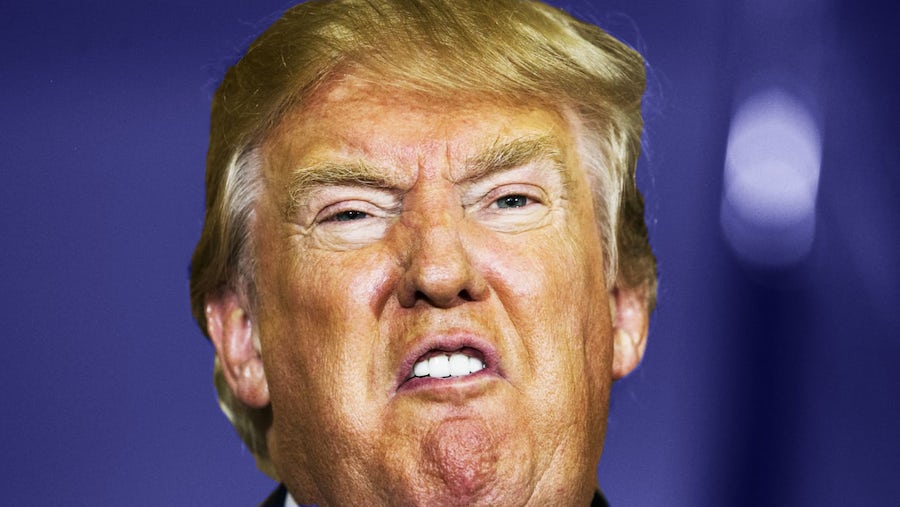 "Donald Trump Is Much Uglier Than His Mika Brzezinski Tweet": The Daily Beast's Erin Gloria Ryan tackles the president's "anti-woman" policies. Related: Nell Minow provides five reasons for "why Trump's Mika tweets are even worse than you think" at The Huffington Post.

“One has to wonder what Ivanka Trump, self-professed champion of women’s empowerment™ in the White House, has to say about her dad dragging a woman for undergoing the same cosmetic procedure some of his female relatives have. Or whether Kellyanne Conway still thinks Donald Trump is a super great guy to work for, As A Woman. There’s the utter unfairness of a fat old man with a pendulous neck demanding perfection from women and then punishing them when they show they’ve expended any effort to achieve it. All of these details are compelling, but I worry that in focusing on Trump’s more snackable offenses, we lost track of the larger insult he hurls at women in this country. Trump’s comments about Brzezinski, or any individual woman, are much bigger than quick burning outrage that is all but forgotten within 48 hours. We should take statements like today’s as indications of how the president’s contempt for women is manifest in the way he governs. Before Trump shared the story (which, given his fraught relationship with the truth, should be taken with a massive grain of salt) about Mika’s bloody New Year’s face, the Morning Joe gang was talking about how little the American people care for the Republicans’ suggested replacement for Obamacare. One of the reasons Americans care so little for it is that it’s particularly cruel toward women and the poor; it slashes Medicaid and defunds Planned Parenthood in addition to allowing states to exclude maternity care from the essential health benefits that insurance policies must cover.”

2. He is teaching our children to lie. 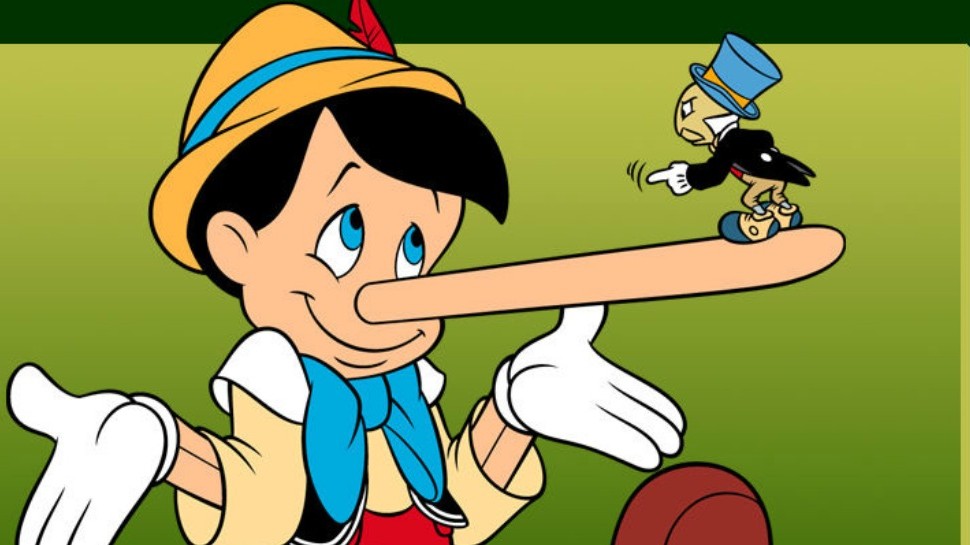 “President Trump’s political rise was built on a lie (about Barack Obama's birthplace). His lack of truthfulness has also become central to the Russia investigation, with James Comey, the former director of the F.B.I., testifying under oath about Trump's ‘lies, plain and simple.’ There is simply no precedent for an American president to spend so much time telling untruths. Every president has shaded the truth or told occasional whoppers. No other president — of either party — has behaved as Trump is behaving. He is trying to create an atmosphere in which reality is irrelevant. We have set a conservative standard here, leaving out many dubious statements (like the claim that his travel ban is ‘similar’ to Obama administration policy). Some people may still take issue with this standard, arguing that the president wasn't speaking literally. But we believe his long pattern of using untruths to serve his purposes, as a businessman and politician, means that his statements are not simply careless errors. We are using the word ‘lie’ deliberately. Not every falsehood is deliberate on Trump's part. But it would be the height of naïveté to imagine he is merely making honest mistakes. He is lying.”

3. He is teaching our children to hate. 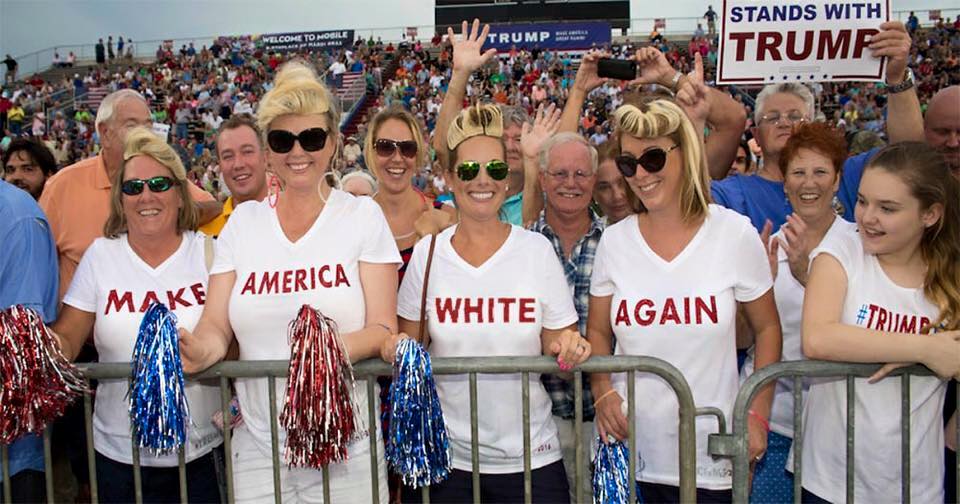 "Congresswoman Barbara Lee: Resisting The Rise of Hatred in the Era of Trump": Heartfelt commentary published in Essence.

“Donald Trump rode racism and fear to the White House. He appealed to the fringe elements of Republican extremism and gave White supremacists a signal that it was time to ‘take their country back.’ This appeal was not a new tactic for the 45th President of the United States.  We must not forget that Donald Trump led the birther movement, claiming that the first African-American president was not born in America, and consistently, over many years, tried to delegitimize President Obama's presidency. And instead of roundly rejecting President Trump’s racist attacks against President Obama, Republicans in Congress supported the Trump campaigns hateful strategy. The resurging tide of hate and aggression was evident throughout the eight years of the Obama presidency. Former Speaker Newt Gingrich called President Obama the “food-stamp president” and Congressman Joe Wilson yelled ‘you lie’ during the State of the Union. And now America is reaping the consequences of the hateful seeds Republicans have sewn for political gain. We have seen two nooses within one week — one found at the National Museum of African American History and Culture and another near the Hirshhorn Museum on Smithsonian grounds. A noose inside a University of Maryland Fraternity House, and even a noose found in my congressional district at the Port of Oakland. And who can forget the despicable combination of nooses and bananas recently found on American University's campus?”

4. He is teaching our children to bully. 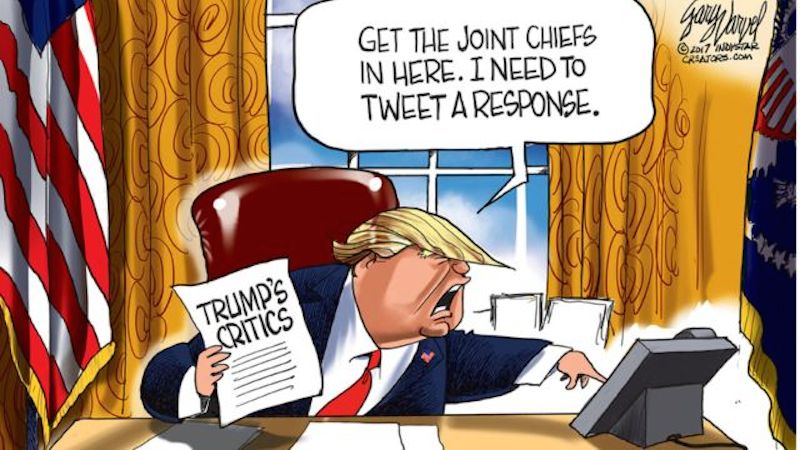 "'I study the psychology of bullies. Donald Trump is a bully.'": Declares Janna Juvonen at Newsday. Related: At Mother Jones, Edwin Rios reports on Trump "inspired a sickening tide of bullying in America's schools," while The Daily Dot's Nico Lang analyzes how Melania Trump's anti-bullying advocacy is contradicted by her "complicit role in Trump's attacks on women."

“Trump is known for his tendency to deny his role in controversial events. He has denied, for example, asking FBI Director James B. Comey to drop the investigation of former national security adviser Michael Flynn; he has also denied ever having had dealings with Russian agents, and has angrily described probes into these matters as ‘a witch hunt.’ While the nation is waiting to learn the truth about what Trump has or has not said and done, his stubborn denial reveals a lack of social reasoning typical of aggressive children. Public accounts or explanations of negative events provide us with important insights about social-cognitive maturity. When a young child is questioned whether he ate the last cookie (even when there are crumbs on his lips), the immature response is: ‘I didn’t do it.’ Children deny the act before they learn that it is socially beneficial to admit the wrongdoing but deny any negative intent. Teens tend to become even more skillful and elaborate on various mitigating circumstances, such as not turning in their homework due to illness or because they were helping an ailing grandmother. These accounts reduce the likelihood of punishment and facilitate forgiveness.”

5. He is teaching our children to fear the free press and to possibly incite violence against it. 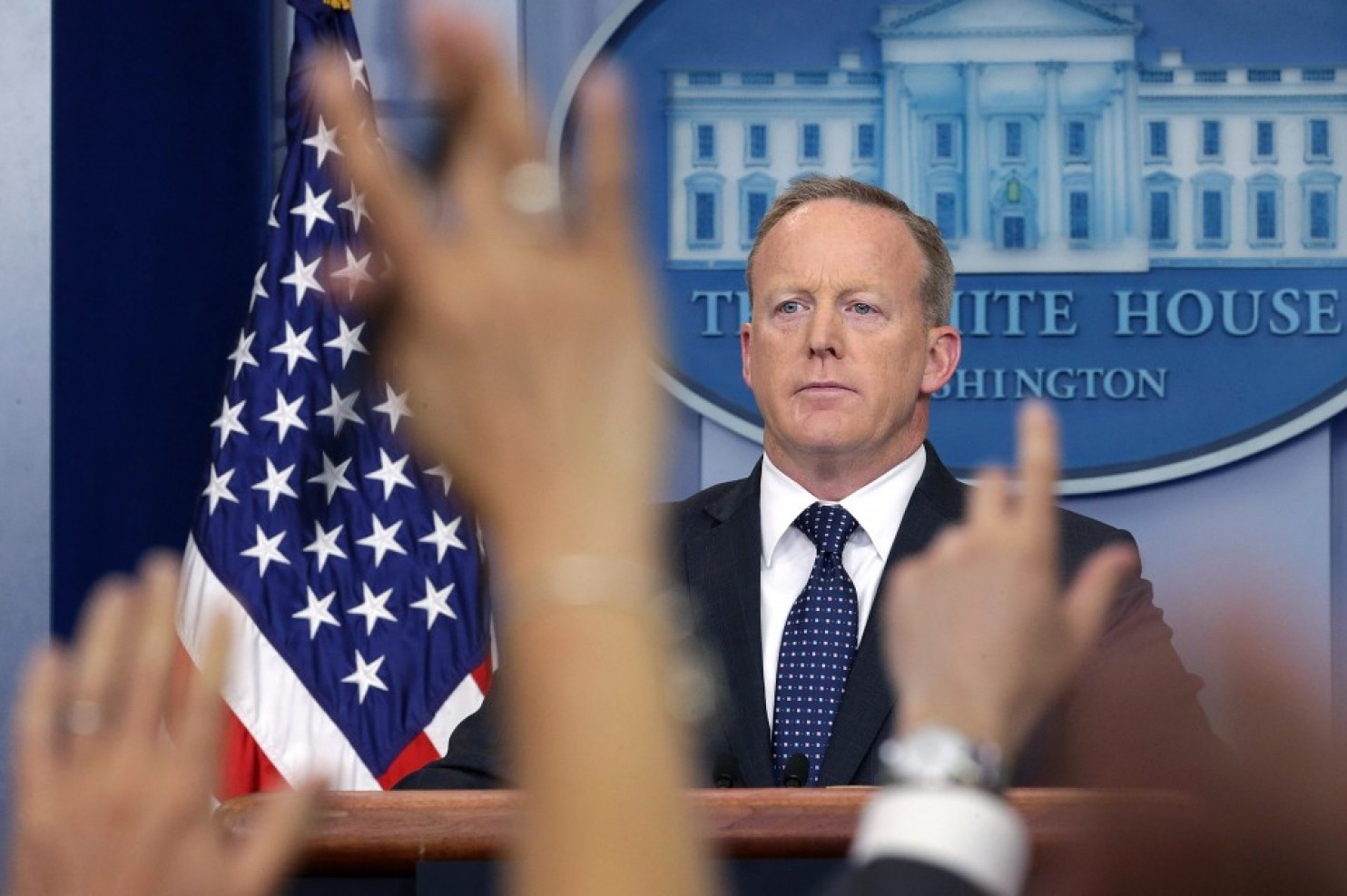 "The gradual elimination of on-camera press briefings threatens our democracy": According to Sarah Posner of The Washington Post.

“The White House’s gradual elimination of the on-camera briefings is unprecedented and alarming. Under less incendiary presidents, these briefings were often dull affairs for people with lives outside the Beltway bubble. But they were largely seen as an unbreakable component of the press’s ability to hold White House officials accountable, even when press secretaries, of both parties, ducked tough questions and offered pabulum talking points. There was a record of the questions asked — and the refusal to answer them. A mere transcript of off-camera gaggles (which the White House has provided over the last week) is insufficient. Video provides the nuance and body language that a transcript cannot. More broadly, these briefings are more essential than ever because of President Trump’s hostility to the press and basic transparency. Eliminating them would amount to the culmination of a strategy that lies at the heart of Trumpism: First, neutralize the news media, or, as top Trump strategist Stephen K. Bannon has called it, ‘the opposition party.’ Trump aims to undermine his supporters’ trust in a free press and reliance on it for information. In this context, characterizing the media as ‘fake news’ then takes on a dual purpose: It helps accomplish that undermining of the media and becomes a justification for doing things (such as canceling briefings) that prevent the press from doing its job.” 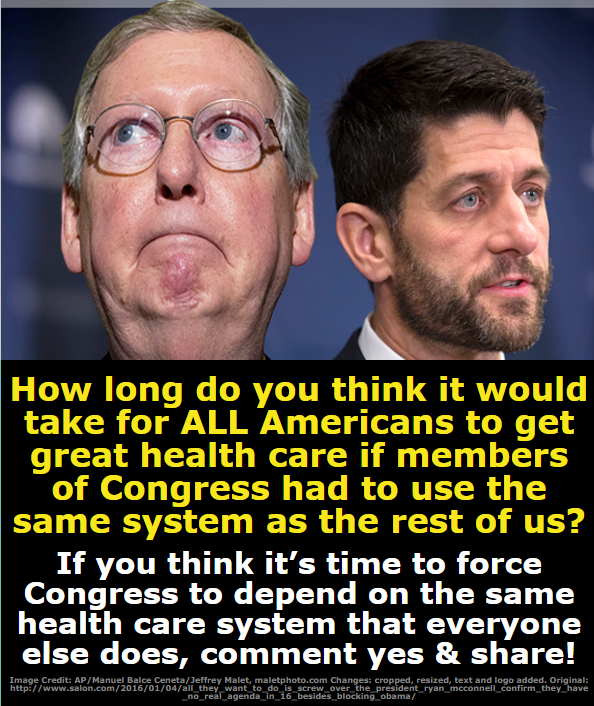 This image has been gaining popularity on Facebook along with its accompanying link to an online petition in support of "single payer healthcare in all 50 states."

A comedic yet sadly prophetic segment aired last year on HBO's "Last Week Tonight with John Oliver," in which the host analyzed some of the negative behaviors of candidate Trump and predicted how those could manifest themselves once he won the presidency.