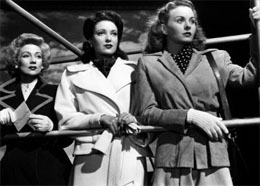 "A Letter to Three Wives" (1949) is a terrific triplicate of a melodrama. It won Joseph L. Mankiewicz Academy Awards for writing and directing one year before he gave the audiences one bumpy ride in "All About Eve" by suggesting that - at least when it comes to love, sex and ambition - fastening one's seat belts is for sissies only. The earlier film is tamer than "Eve"'s non-stop repartee-fest, and its focus is not as pointed. Still, it remains one of my favorite movies ever made: not only for all its brilliant rejoinders (of which Thelma Ritter gets to utter the most hilarious), but for its portrayal of what it means to be anxious about one's relationship and then to receive reassurance from the person we love. It's a story of three women envisioning the end of their marriages in the morning and feeling them strengthened by the end of the day. It goes down like an anxiety-glazed donut with a filling of hope.

Deborah (Jeanne Crain), Rita (Ann Sothern) and Lora May (Linda Darnell) are friends of different social backgrounds who currently enjoy the same upper middle class status. All happily married - although just how happily, is open to question - they're still consumed by jealousy when it comes to one Addie Ross, of whom all their respective husbands seem to be enamored. Just as our heroines are about to embark on a charity cruise with some deprived children, the eponymous note arrives. It's from Addie, and it informs the women calmly that the authoress has eloped with one of their husbands. Just which one, it doesn't say, and the shot of the three women's faces hovering above the letter in muted horror is enough to make the movie a classic. It's also - at least according to my private crank theory - the single image that impregnated Marc Cherry's mind to give birth to eight seasons worth of "Desperate Housewives". 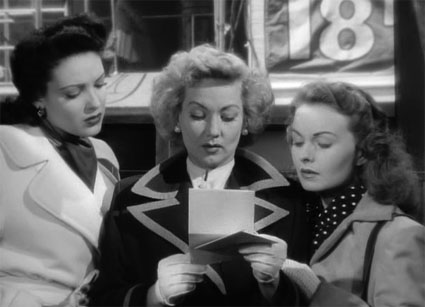 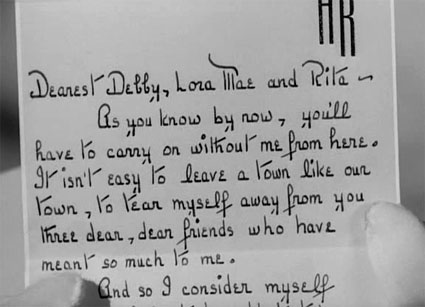 Surprisingly, the marital A-bomb dropped by Addie doesn't explode into a melodramatic rampage of mutual accusations, cat-fights or shouting matches. It's not the women's friendship that gets ruptured, but rather their private sense of security. What we witness is a triple implosion told in flashbacks: the characters are left to ruminate on what went wrong with their lives, each of them ensconced deeply within the respective bogs of their minds and memories. It is through these personal filters that we see the back stories of these women and the compromises they had to make in order for their marriages to work - or even to happen in the first place. As it turns out, all of them have reasons to suspect that it's their husband who ran away with Addie. After all, she's perfect, and they certainly aren't - if only because they're looking at themselves from the inside, while Addie is gazed upon only from a flattering distance. 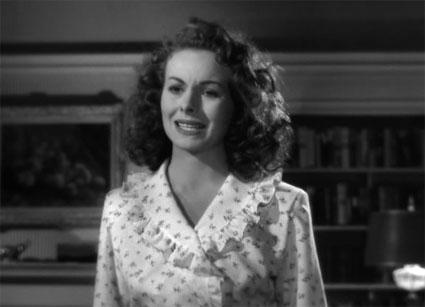 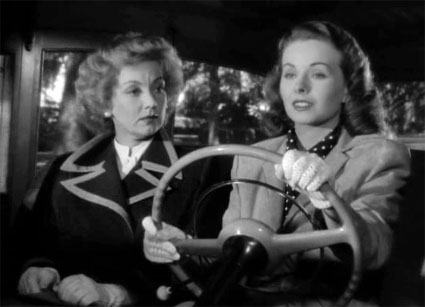 Mankiewicz's most ostentatious device in "A Letter to Three Wives" is not showing us Addie Ross once, with all her fleeting appearances (be it in person or as a photograph) obscured by oblique camera angles. Even if the strategy seems a bit artificial, it still succeeds in allowing our imaginations go wild and dream up Addie's alleged beauty and refinement. She exists only inasmuch as all the other characters project their desires and/or jealousies onto her. She's the nominal narrator of the story and (as voiced by Celeste Holm, one year away from her supporting turn in "All About Eve") she comes off as bitchy and superior towards her three friends. By handing the voice-over to a mere specter, Mankiewicz concocted one of the most audacious narrative frames this side of "Sunset Blvd." (Joe Gillis might have been dead as he spun his tale, but at least Billy Wilder showed him on the screen...!).

I guess every person watching this movie is bound to project their own love aches, past or present, onto the characters, which is why (at least in my experience) the viewers' reactions to every couple is so wildly different. While Crain feels she's too plain to live up to her husband's social refinement, and Southern and Kirk Douglas engage in an (not entirely convincing) argument over the value of teaching vs. writing soap operas, it's the portrait of the third married couple - that of Linda Darnell and Paul Douglas - that I see as Mankiewicz's finest achievement in "A Letter to Three Wives". 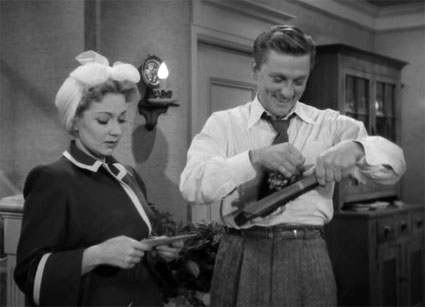 Douglas, soon to play a fish-stinking nebbish of a husband to Barbara Stanwyck's hot unfaithful wife in "Clash by Night" (1952), gives a great performance as a rich older guy who thinks he doesn't deserve his spouse's beauty and turns gruff as a consequence. Not that Darnell's fast-talking white-trash Lora May makes it any easier for him: virtually all their interactions, save for the (mostly) civil courtship, are as barb-laden as any verbal catfight Mankiewicz will soon pen for Margot Channing and her posse. Still, the way Darnell and Douglas play their parts - as two people exhausted with mutual hostility and secretly craving armistice (but too proud to ask for it) - makes the viewer realize how much affection there really is between them. Just because it's but one of them that's been graced with physical beauty doesn't mean there's no mutual passion at play. 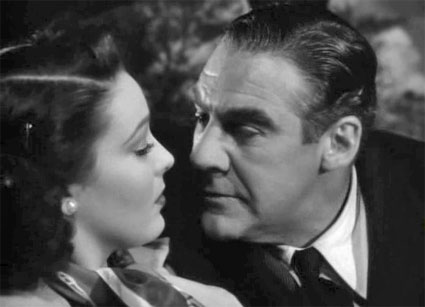 By the end of the movie - and let me just whisper "spoiler alert" into the ears of those who have yet to discover "A Letter to Three Wives" for themselves - no marriage is terminated. It's Paul Douglas who admits to having escaped with Addie and to "changing his mind" afterwards. The way the scene is structured, though, we cannot be sure if what we've just heard was a genuine confession or did the man lie for someone else's benefit. There's a genuine ambiguity to the resolution here, one that doesn't allow to wish away all the doubts and insecurities established by the three flashbacks. Relationships get momentarily reaffirmed, but who's to say jealousy won't set in as soon as the morning after arrives...? 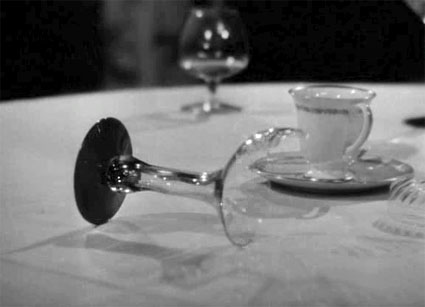 The final question we're left with - as Addie's voice bids us farewell over the image of an inexplicably collapsed wine glass - is this: was Addie's letter legit, or was it merely a ploy...? Is it possible that the sole purpose of the letter was to wickedly test the strength of the three marriages by suggesting their supposed end? In 1967, Mankiewicz will direct "The Honey Pot," an updated version of Ben Johnson's "Volpone," in which Rex Harrison's millionaire will test his former mistresses' feelings by lying about his own demise and then watching the three ring circus of fierce money-grabbing. Given its distantly Shakespearean pedigree ("The Twelfth Night" figures prominently in the script), "A Letter to Three Wives" can be seen as a similar exercise in moral provocation. A mere note causes each woman to question the very essence of their everyday lives, and if there's a lesson to be learned from the movie, it goes something like this: the questioning we subject our relationships to testifies to both how fragile and how vital they are. If we fear losing someone's love, that's because we came to understand our own life as a shared - not exclusive or solitary - good.