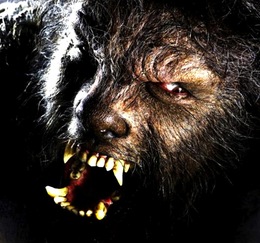 Something strange happened to me while watching the recent Benicio Del Toro movie "The Wolfman." I suddenly realized I wasn't being scared in the very least. Nada. Like Dr. Chilton once said referring to Hannibal Lecter in "The Silence of the Lambs" "my pulse never got above 80".

Despite the movie's constant and frantic attempts to scare the audience with surprising and loud growls, with beheadings and half-eaten corpses, nothing worked, I've a hard time understanding why.

Is it my attitude towards the genre?

No at all, I'm a fan of John Landis' "An American Werewolf in London", the subject of this review, a movie with much of the same special effects but made 30 years before; a movie that has the apparent disadvantage of having to use the much less creepy setting of modern day London; a movie in which most of the beast's attack sequences were filmed by using a "hairy dummy" sitting on a cart instead of the ultimate, beloved CGI; a movie that set itself the odd challenge of being funny and scary, often at the very same time.

So why bring up a new film in order to review an old one? Because in this particular case there is no better tool for understanding why one of them works than to point out why the other one does not. "The Wolfman" isn't a terrible movie, it's well designed, decently acted and with the right creepy setting. If anything I'd have to criticize (as usual) its CGI effects that have the title creature jumping from roof to roof like Spiderman but this wasn't that big of a deal for me.

"An American Werewolf in London" tells the story of two American friends back-packing through the English country. They are attacked by a strange beast and only one of them, David, survives, he is taken to London where soon-after, similar deaths start to occur in most unusual circumstances and he starts waking up in very unusual places. What appears to be his dead friend, warns him that this will continue until he should take his own life. Is he hallucinating? Is he double-hallucinating? Is there any way for him to avert his own death without getting more innocent people in harm's way? 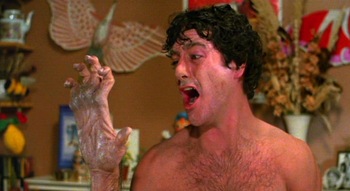 Landis directs this film with a clear awareness that the things that scare us the most, reside in our imaginations, never just on the screen.This doesn't mean he cheats the audience by not giving them their Werewolf's worth (so to speak), just think about the incredible scene of the transformation done by the legendary make-up artist Rick Baker which was daring enough to be filmed in plain daylight, basic enough since it was made in the age before computers and also is exhausting in its detail. To this day and after several viewings: #1 I'm still trying to understand how they could possibly do it and #2 I still get creeped out of my mind. 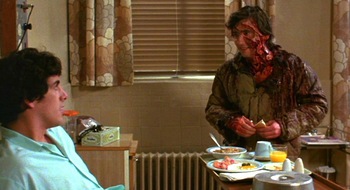 So then what's the moral of this story for the next film maker who wants to make either a new Wolfman or Werewolf movie? Maybe that the success in this type of enterprise is in applying the right proportions; the more here is never, ever, the merrier; maybe that we have to grow to care for a film's characters if we are to actually feel concern about what their outcomes will be and yes, as much as the flavor of London added to the benefit of AAWIL, simply changing it's setting to Paris for a sequel, isn't going to get the job done either. 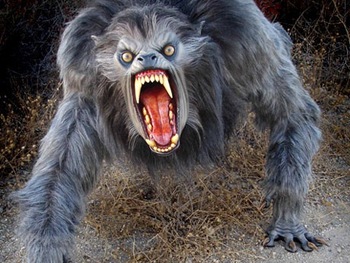 Footnote: After watching my review on video, I feel necessary to clarify what I mean by a "double it's only a dream sequence". "An American Werewolf in London" has a scene in which you think you are watching the main character having a standard "it's only a dream sequence", only to later learn, he's actually having a nightmare within his nightmare which felt totally original to me when I first watched the movie. I also address Roger here because I remember him and Gene Siskel referring to the standard "it's only a dream sequence" with an "I hate it when that happens!" reply.  Our Far-Flung Correspondent Gerardo Valero visits an American Werewolf stalking ground. (photo by Monica Valero). 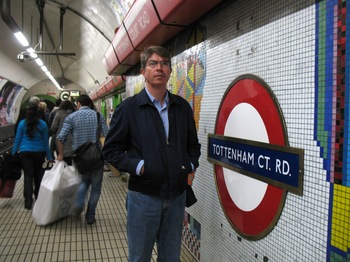