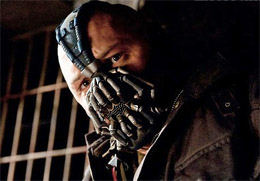 I realize I'm a minority on this one, but I actually liked Bane for much of "The Dark Knight Rises." Even with most of his beautiful face covered up, Tom Hardy has a talent for effective physical acting. Each time Bane entered a room, he would clutch his collar, forming two fists that seemed to guard his chest. In that simple gesture, he established a commanding presence while subtly implying a defensive pose, his hands near his weak spot, poised to protect the mask. 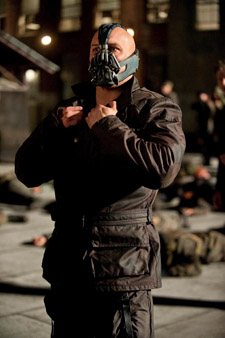 When Bane is introduced to the audience, it's clear he's had fear wiped from his psyche. He isn't afraid to lose or to die. If either happens, he'll fight to the bitter end. He's also a sociopath with no regard for human life and no empathy for the innocent people of Gotham. Still, he's driven by a higher cause: Ra's al Ghul's selective nihilism. It might seem skewed, but there's still a sense of social justice there.

So it was hugely disappointing when it turned out that Bane was nothing more than the muscle. It didn't add up; not that the mastermind was Miranda/Ra's al Ghul's daughter Talia, but what ended up being Bane's actual story. How could he take pity on Talia as a child but not the young orphans of Gotham? Was he grateful that she saved him from the pit? Right up to that point, the movie told us that sort of thing didn't buy Bane's loyalty. So what changed? Oh, that's right: she's a woman.

In the end, the Talia bombshell is convenient for the plot: it gives a baddie access to a deadly weapon. When she officially becomes the *true* adversary, it seems more like a transaction than a calling, and her end comes too quickly to make her a memorable villain. Meanwhile, Bane is reduced to a goon, given a fancy firearm and ordered to keep Batman captive. Seconds later, he's quickly disposed of in an undramatic fashion, confirming that in the grand scheme of things, he didn't matter that much.

Still, I would have liked to see the combination of brawn and nihilism play out. I would have enjoyed an ideological showdown between the two masked men with a League of Shadows connection. Bane was given enough dialogue to suggest that someone was home; he could have pulled it off. But I suppose that two-and-a-half hours into the movie, it was easier to gun him down and skip the blah blah blah. The real point of the journey was Batman's ultimate Christ-like self-sacrifice: a preachy cop-out, but a tried-and-trusted narrative tradition.

It's a shame because the rest of the time, the "Dark Knight" trilogy led us to believe it was after bigger ideas and deeper themes, especially since it had the guts to flesh out evil dudes. 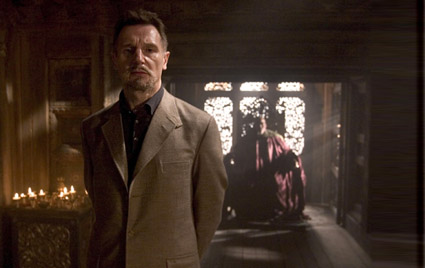 When antagonists are presented to us as people who cause harm with no discernible motive, it's demonization, but it might as well be called "dehumanization." The structure of sympathy is such that we can relate to a human being who's unhinged, where we can't relate to a demon at all. "Evil" is the demonized character. None of the Dark Knight villains were, strictly speaking, evil.

The League of Shadows believes that it's acting for the greater good, that ridding the world of decadent societies is a just cause. I don't personally agree, but it's certainly plausible that a group might take the concept of a "greater good" to an extreme conclusion. The League are not supernatural demons. They're real human beings with a firm code of ethics, and they genuinely believe destroying parts of humanity will save it as a whole. It might sound like crazy talk, but it still follows a strict statute.

Honestly, that's my kind of foe. It's so much more interesting than the one-dimensional masked or monstrous bad dude who hacks-and-slashes lusty teenagers because...that's what he does. Villains who follow a doctrine are much more terrifying because it means that on some level, we could very well become who they are if we changed our minds about how the world should be. 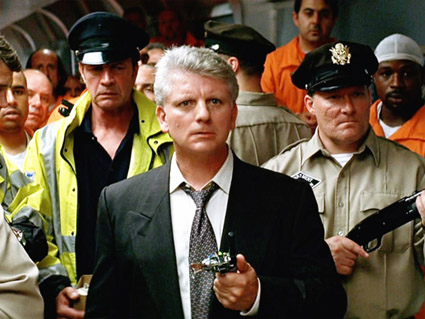 Even the Joker had a purpose. His thesis was that the promise of order was the only thing keeping humans from reaching their most primitive and destructive depths. To a certain degree, he was right. Even the morally squeaky-clean Harvey Dent couldn't contain his rage when his beliefs were shaken.

Harvey never accessed his darkness until his injury split him in two, but Bruce Wayne tapped into his regularly through Batman. That catharsis was also what prevented him from going all-out dark. Batman was never the Joker's nemesis. He was the man between the Joker and Harvey, and it gave him the advantage he needed to beat both. 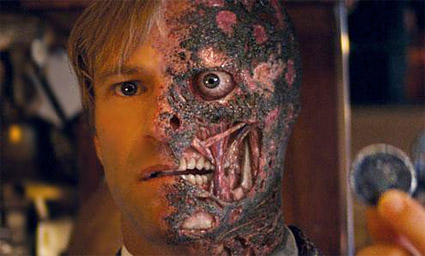 That's what made "The Dark Knight" so powerful. Punches and kicks were part of taking down the Joker, but the true defeat was devoid of any real action: Batman just backed the right horse. He believed in humanity's willingness to value the lives of its collective, even if some of them were inmates, who didn't normally value things like collectives. The bet paid off. 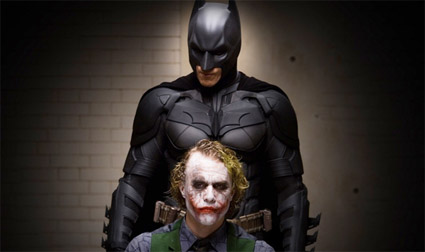 A great villain isn't the protagonist's polar opposite. It's someone who reflects the flaws in the hero and says - as Frank Booth in "Blue Velvet" did - "you're like me." Villains are also a reminder that heroes conquer their foes with violence. Even if it's for all the right reasons, violence is violence. Heroism requires some darkness and a reasonable stretch of the moral code. A poorly developed villain is all darkness and no moral code. A great villain asks us to define "reasonable."

Batman isn't a perfect hero, which is how Bane almost broke him. Batman is destructible, he doesn't always make good decisions, and his ethics aren't completely sound. Bane proved that when he exposed the Great Harvey Dent Lie: an absolute fallacy for the relative good.

Bane had his own sense of right and wrong, and a host of followers who agreed. He had the potential to be a great villain. I wish he'd been institutionalized instead of gunned down.

Olivia Collette is a writer living in Montreal. She loves a good movie villain, and you can read all about it on her blog.