Those who monitor and those who fear being monitored 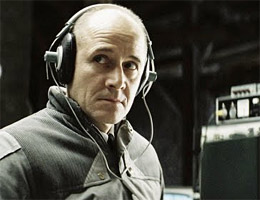 Even outside the U.S. it's common for movie-goers to avoid non-Hollywood films--not that subtitles are such a big deal to us, as we have no choice but to get accustomed to them since childhood. These feature's real problems are that they don't often receive much fanfare and their stars aren't always well known. We tend to stay away until we get one a "must see" recommendations and that was my case with the German film "The Lives of Others" (2006). It's a shame to think audiences will miss a story so gripping; this is one of the best films of its decade.

It was only natural for post-WW2 Hollywood to devote most of its films about the conflict to the Allied feats and the enemy's evils. Yet as a result there's been a tendency to ignore the dire consequences for the defeated countries. We've had plenty of Cold-War thrillers but I don't recall many of them depicting the crudeness of the Communist East German society as closely as "The Lives of Others." It's the story of one unremarkable man unaware that the end to the only civilization he's known is just around the corner.

The movie goes into great detail about the actions of East Berlin's privileged elite as it strives to know everything about everybody. Here is a country in which the state's interests are placed well above individual rights. When someone was selected for investigation, they were presumed guilty. Life in East Germany was supposed to be void of social classes but we quickly learn there are two very distinctive groups here, the first one that selects targets for monitoring, and the second living in constant fear of doing anything that might get them in serious trouble. 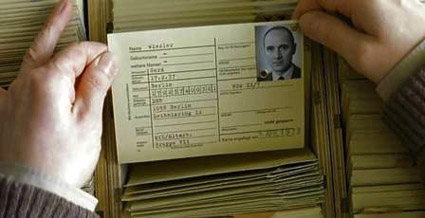 The first group rides in limos, the second one in little, worn-out Trabants (a car so ugly it's fascinating). At the lowest level of the Secret Police (Stasi) we meet the film's main character, Hauptmann Gerd Wiesler (Ulrich Muehe), who is commonly referred by his initials HGW, inscribed at the bottom of his daily monitoring reports. When the film begins he is an fearsome bureaucrat, a true believer of the socialist system and whatever means re necessary to maintain the status quo, be it the methodic torture of the suspects sent in his direction or simply the ratting-out of his neighbors should he surprise them saying the wrong thing. He's a repulsive monster whose only possible defense could be that this is the only system and life he's ever known.

Hauptmann's latest targets are chosen by his superiors when they come to the realize that playwright Georg Dreyman (Sebastian Koch) "is our only non-subversive artist" meaning there must be something fishy about him. Minister Bruno Hemp and Lieutenant Anton Grubitz congratulate each as they conclude they both have a gift for seeing what others don't in selecting Dreyman; their powers of perception are greatly influenced by Hemp's infatuation with Crista (Dreyman's girlfriend). Grubitz can only hope to advance his own career, so there's not much for either to lose. 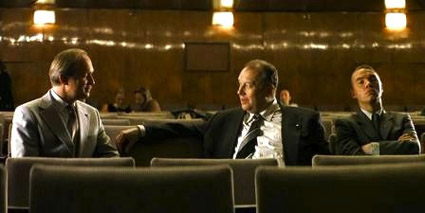 Hauptmann is assigned to monitor this couple who are very much in love, in sharp contrast to his own empty life in which romance consists of booking call girls that will only prolong their stay if properly programmed in advance.

Despite our doubts that a man like Hauptmann could ever grow a soul, the lives of Dreyman and Crista will end up becoming his very own. He will not only grow to understand them but also to feel as they feel. As the situation progresses, we end up realizing that it isn't Crista's appeal but rather the couple's extraordinary humanity that takes Hauptmann to places he never imagined existing. 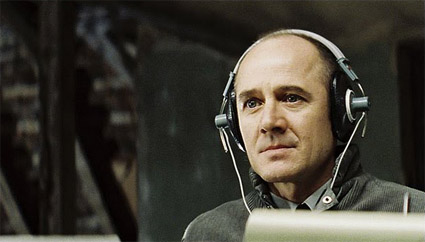 One of the issues brought up by the film is how torture in a totalitarian system is seen as an acceptable alternative when it is done for the (supposedly) common good. It brings to mind: What precisely differentiates torture here from that in non-totalitarian states? Does it depend on whether or not the deciding officials are elected democratically? Your answer is as good as mine but this predicament reminds me of the old, well-known joke from those days regarding the difference between Communism and Capitalism: in the first system "man exploits man" while in the second system, it is the other way around.

The plot of "The Lives of Others" has to do with the unfair circumstances surrounding the suicide of a good friend of Dreyman, pushing him to join some acquaintances in writing about the effects of their community's horrible life conditions that translate into one of the highest suicide rates of suicides in the world. The film depicts the details of how these men smuggle their stories to Western publications and the steps they must take in order to avoid being discovered by the Stasi. Dreyman's early infractions are minor but grow increasingly serious and Hauptmann goes from overlooking them to the point of risking everything by becoming an accessory to the couple's "crime" in personally hiding evidence that would have certainly doomed Dreyman.

"The Lives of Others" works great as a Cold-war thriller but at its core this is the story of Hauptmann and his transition from a puppet to a real man, inspired by this far from perfect couple. There is an excellent scene in which he finds himself with the opportunity of giving Crista some spontaneous advice. The subsequent positive effect on her will bring him a satisfaction that his once-proud occupation never did. Eventually Crista develops a drug addiction that gives his superiors the perfect opportunity to force her into performing a terrible betrayal and yet we can't help but totally sympathize. Her fate gives this movie the feel of a great tragedy.

The repercussion for Hauptmann will be a life sentence to a repetitive, unappealing position. Then, even though the Wall came down and every rule in East Germany country changed, a man like Hauptmann is only suited for a simple government job. Yet somehow he will be happier than his old superiors who will find that their so-called "gifts" do not apply in this new world.

"Life was good in our little country" says Hemp to Dreyman when running into him at a theater years later. No matter how much they despise each other Hemp will still manage to alert him to the fact he was once indeed the subject of monitoring from the Secret Police which will be just the thing that Dreyman will need to find the inspiration that seemed to elude him in the recent years of this new social order. This leads him into writing a fictional account of his story and gives the film a terrific conclusion with one of the most memorable final lines I've ever heard in cinema, one recited by a now a truly good man in reference to something done by another who was always that.

"The Lives of Others" helps us understand how unlikely it would have been for a civilization like this, in which intrigue was the main component, to last very long. What I found most surprising is that such a detailed and vivid film, set on a real place and time in history, can still be based entirely on fictional characters, then again, how else were we to ever learn about these kinds of stories from a country that was sealed from the rest of the world for decades? This movie's biggest accomplishment may just be its ability to reflect goodness in its purest form and in the most unlikely of places.