The many kinds of blindness 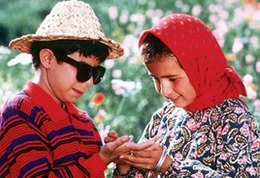 Majid Majidi's work is one my favorite movies. It is a movie I enjoy from start to finish. Every time I watch it I discover new dimensions. Still, I don't know if it is depressingly sad or filled with hope and happiness.

We see the wind and hear the trees. Paint and dye are homemade. Clothing is home made. The homes are home made. It is a film where happy kids carry simple green cell phones, though important messages are delivered by stern expressions on pale grey horses.

Though most of the characters are types more than personalities, I love all of them. Everyone in the movie seems to burden their backs with luggage: sometimes branches containing hope through harvest, sometimes heartbreak littered with memories of unwritten love letters. At the center of this world travels a young blind boy, Mohammad, whose delicate little fingertips read an endlessly inviting world of braille. He is a tender boy who loves freely and longs for love.

And at the center of Mohammad's world drifts his father, seeking desperately to remarry. He follows the very upright tradition of courtship, while deceptively hiding any hint of a blind son. The father -- does he even have a name? -- has dealt with his outrageous struggles by turning inward. When faced with the calamity of a blind son and dead wife, he finds solace in the boiling warm quicksand of depression and irrational fear. He finds himself under siege in a hostile world of needy children, tough-love mothers, and monsters in forests.

We wish that little Mohammad - whose delicate optimism tastes beauty in every texture - would set his fingers on his father's anguished eyes. Then maybe Mohammad would share some innocent wisdom that would wash away the bloodshots that have pierced his father's retinas. But, this is not a Hollywood tale, where children are smarter than their parents. This is not digitized father-son relationship swimming through the adventurous colors and shades of "Finding Nemo." This is a film from Iran.

In recent years Iranian filmmakers had been getting lot of exposure in America. Despite its vibrant polysemic cinema, the narrative that filmlovers often apply to Iranian filmmakers is one depicting artists, authors and academics living under the siege of the Ayatollahs. Is this depiction accurate? There is a shred of accuracy to it, most recently illustrated by Jafar Panahi's plight in Iran's infamous siberia, Evin Prison. 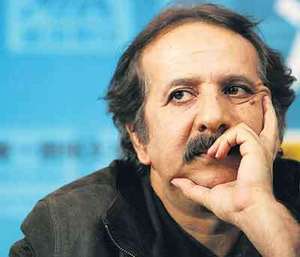 The greater point that I am making, however, is that when we watch an Iranian film, we often view it through this lens: we assume that the film is heavy on social commentary. Some films - especially children's films - indeed share sharp critiques, but some do not. Are the various females in a Panahi children's film windows into Iranian gender dynamics? Are the absent domineering men in his films depicting the theocratic state? Perhaps. Here, is the broken nameless father in "The Color of Paradise" anything but a broken nameless father? Those questions are part of the nightingale's journey, carefully peeling off the petals of the vibrant fragrant rose.

Part of the benefit of reading literature from different eras and regions is that we get not only a taste of different outlooks across the world, but also a taste of what seem to be universal aspects of the human condition. Sometimes we meet people very different than anyone in our own lives. Sometimes we meet ourselves through someone else's story. We have a similar experience with foreign language films. Sometimes we are visiting worlds that are rather foreign; sometimes we learn about ourselves and our own worldsthrough these stories of distant foreigners.

But, sometimes we have the problem, the serious problem, of a prewritten narrative. I am speaking not of "narrative" in the sense of the story and plot in a specific movie. Rather, I am speaking about the way we imagine the world. These are the narratives we write in our minds in understanding a people. Our narratives often mix fact with fancy, legend with layers. 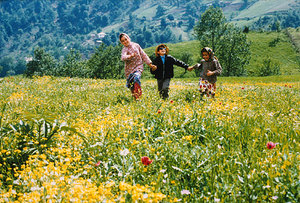 When my students (young and old) read "The Arabian Nights," that pesky poster child of Western dreams of the exotic, some love the compelling, entertaining, and surprisingly graphic story. But some assume that the depictions of gender in the book are representative of the entire Muslim world only when particular female characters are portrayed as submissive, abused and/or temptresses. That outlook is part of our Western collective narrative about women in Islam. That the central character Shahrzad (Scheherazade) fits none of these stereotypes is regarded by the same students as an exception to the "norm." We often identify the world according to the best of "our" ideals in contrast with the worst of "their" stereotypes. Often we imagine ourselves as civilized, and imagine others as savages. 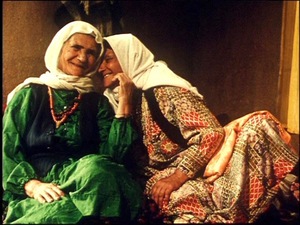 When I ask the same students to list the stereotypes we hold of Muslim women and East Asian women, we find that almost all the stereotypes we hold about these two populations are identical: submissive, caged, uneducated, covered (in cloth or makeup). Nearly all the stereotypes (save perhaps for "motherly") are negative. And, when I ask about the images we have of American women, somehow they are almost always positive and the opposite (liberated, educated, empowered). We speak of Muslim women subject to honor killings and public stonings, yet we do not even think of the astounding frequency of rape and eating disorders in our American society. Further, we disregard that Muslim majority nations have democratically elected some five female heads of state in the past few decades: five more that we (the United States) have. We tend to identify the world according to the best of our ideals against the worst of "their" stereotypes. Often we regard ourselves as inherently civilized, and regard others as inherently savage.

I am just as guilty of this approach as anyone else. Recently, I was watching "The Baader-Meinhof Complex." I should mention that I studied enough German to be considered functionally illiterate. I studied enough German philosophy and social science to enjoy making immature jokes using the word "Kant." And, I have seen enough Lang, Wenders, and Herzog to fool myself into thinking I have had a taste of Germany. 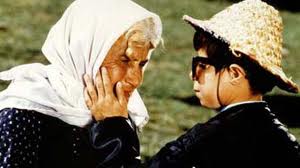 Despite this eclectic resume, when "The Baader-Meinhof Complex" opened with a scene of families frolicking at a nude beach, my initial thought was essentially, "This is what these Germans do. They call it "a day at the beach." And we call it "pedophilia." In that split second, it was irrelevant in my mind that although I could not recall a similar scene in other German movies -- there might be many, there might be none -- the opening scene reinforced for me an image of Europeans in general and Germans in particular. As the film unfolded, the rest of the movie was about a revolutionary group: as is commonly the case with such characters, they resist any moral, social, political and martial boundaries. Justified or not, this opening scene was consistent with the rest of the film.

Again, my point is not any sort of the usual protest against stereotyping. Rather, my point is that our own narratives often dictate the telling of someone else's story. Is "The Color of Paradise" flavored with social commentary and symbolism? I do not know. It does not seem to invite it. In America it has been largely overshadowed by its very excellent predecessor, the Academy Award nominated "Children of Heaven," which seems to makesome blatant comments about social class.

In any case, "The Color of Paradise" does stand apart in one strange, distinct way from most every Iranian film I have ever seen. Should I find it perplexing that many films in this tenuously staunch theocratic state -- including those from its own Institute for the Intellectual Development of Children and Young Adults - feature religion, but few filmsactually speak of the Divine? In a particularly pregnant layer of this film (which is incidentally more accurately titled, "The Color of God" or "Rang-e-Khoda"), the central characters long for and lash against the Divine, while peripheral characters segue themselves into superstitions . Through this thread, the film does seem to assert that our own narratives about the Divine also color our own pious aspirations. Thus, we wonder if, at the end of the film, there was reunion, and was that reunion depressingly sad orhopefully happy?

I still do not know. I am still peeling layers from the rose that is this film.

• My original review of *Precious* is available here. .