The death of a talk host 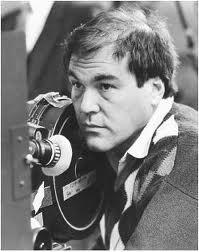 Roger Ebert writes: Alan Berg was a Denver talk-radio host who was murdered on June 18, 1984. He was a goofy-looking bird, with a thin face and a bristly white beard that hid the ravages of teenage acne. He wore reading glasses perched far down on his nose, and he dressed in unlikely combinations of checks and stripes and garments that looked left over from the 1950s. When the members of a lunatic right-wing group gunned him down in the driveway of his home, they could not have mistaken him for anybody else.

I was on Berg's radio show three or four times. I listened to him as I drove down from Boulder to Denver. He was chewing out some hapless housewife whose brain was a reservoir of prejudices against anyone who was the slightest bit different from her. Berg was telling her that no one in his right mind would want to be anything like her at all.

"Why were you so hard on that lady?" I asked him, when we were on the air.

She was asking for it," Berg said. "Why would she call up and feed me all those straight lines if she didn't want me to tell her how stupid she was?"

Anath White wrote saying she was writing a book on the life and death of Berg. She wondered f I had any off-the air contact with him. Answer: No. By way of explanation, she attached an article she wrote about her experiences with him and with Oliver Stone when he was making "Talk Radio" (1988), starring Eric Bogosian as a character based on Berg. I immediately wanted to post it online. Over to Anath: 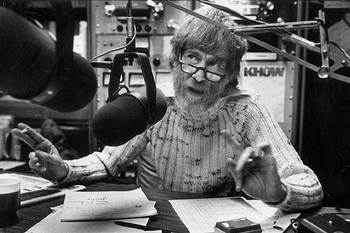 DENVER -- "Oliver Stone would like to meet with you." It was the phone call I'd been hoping for. "Would you like to come to New York, Dallas, or Los Angeles?"

From the time Alan Berg was murdered, I'd believed a film was inevitable; that I might work on it was another matter. I took a breath and hit the elevator button. Soon I'm in the functional, notably nondescript L.A. offices of Oliver Stone ("Salvador" (1986), "Platoon" (1986), "Wall Street" (1987)), the director Vanity Fair recently deemed "Hollywood's angriest man."

"That's very interesting that you were one of Alan Berg's producers, except that this film isn't really about Berg." Stone explains that "Talk Radio" will be based largely on a play by Eric Bogosian, who will reprise his New York stage performance as fictional talk show host Barry Champlain. Some details and incidents from Berg's life, derived from Stephen Singular's book Talked to Death: The Life and Murder of Alan Berg, would be added.

"But I will need some technical advice. Is that something you think you could do?" "Yes," I say, detailing my near decade in Denver public and talk radio (five years at KCFR, four at KOA). Stone looked at me with those eyes that don't miss much. "See, the key is, can we work together? Because you'd be working closely with me. I want you to come back tomorrow morning, read the script, and then we'll talk. By then I'll be able to tell."

"So, Anath, how do you like Dallas?" There's "Oliver" (which is what by now I'm calling him, like everyone else), grinning that gap-toothed kid grin. We've got 10 days until shooting starts, and a lot to do. My first challenge is to learn who several dozen people are, what they do, why I might need them. Odd terminology - "key grip," "utility sound," "call sheets" - must start to make sense. Bill Abbott, the other technical adviser, and I will work in tandem. We'll help the actors come across as real radio people, and make phantom KGAB appear to be a functioning radio station.

Bill and I go to the set where a state-of-the-art "radio station," all glass and curves and soft lighting, awaits us. It's so believable it looks ready for broadcast. It's perfect right down to the grungy, yellowed walls. Such attention to detail proves standard, even though much of it will go unnoticed by moviegoers or won't even get into the film.

The actors ply us with questions. We discuss "action" appropriate to a talk producer or engineer. We consider how the characters might interact, what their relationships might be. As the questions keep coming, we begin to suggest that Oliver be consulted. We don't want to step inadvertently into his domain. Alec Baldwin, playing Dan, Barry's boss (and who was also seen this year in "Married to the Mob" (1988)), is perturbed by this. He wants a maximum of information to choose from and he wants it now.

The first day of shooting looms. As everybody scrambles to complete last minute details, Oliver and Bill and I write and rewrite lines for the audio pastiche that ends the film.

Oliver and I have been discussing characters and I share ideas I have about one in particular; he asks me to pass them on to the actress. I do, at a dinner party later that evening, stepping into a mine field. The actress gets very upset, accusing me of interference, of messing up her relationship with her director.

It's the first, but certainly not the last time I feel a bit in over my head. Later that night I learn that several people have had similar collisions with this actress. My anxiety eases.

Monday morning, and the first day of shooting arrives. The set is alive with crew, equipment and anticipation. A few hours are spent working out kinks, especially in the very complicated audio setup, and then we're rolling.

It's a king of choreography, this collaboration of around 100 people toward a shared goal. There could be chaos at any moment, but Stone proves to be the glue that holds it all together, as much with his authoritative presence as with words. We're shooting the entire picture in 25 days, which will mean 12 to 16 hour days, six days a week.

We technical advisers get stationed in the engineer's both with Stu (John C. McGinley), an actor whose characters linger after a movie ends. We talk pots and carts, the dump button, how Stu and Laura, Barry's producer, might relate. John says, "She can bring me Playboys, right?," searching my face for some reaction. He's testing me but it's no big deal. I offer another idea, and he growls, "If there's one thing I can't stand on a movie, it's technical advisers telling me what to do..."

At lunch another actor seeks me out, saying not to take it personally. "Johnny C. doesn't work well with women." He recommends I avoid him and convey information through a third party. No way. I need and want to work with him, but how to get past this? Then, in the courtesy van back to the hotel, John reaches out to me first, and we get along great from there.

It's quickly obvious that filmmaking remains pretty much a man's world. Before coming to Dallas I'd been warned to brace myself for working with Stone, who supposedly sees women as "cardboard bimbos." Happily, that's not my experience. He's receptive, open to my ideas, a pleasure to work with. In one way, I tell him, he reminds me of Alan Berg: a big, bad wolf reputation, a sweetheart lurking inside.

Alex Ho, co-producer of "Talk Radio" and a close associate of Stone's, indicates I should step up my input. That's trickier now, with Stone and key crew usually ensconced in the broadcast studio, where so much of the shooting occurs. Alex says, "Every time you've got an idea, go tell him. Just go in there."

Easy for him to say.

But I do it, forcing myself through the door four times that day. It seems like everything stops dead each time. Two ideas are good, a third is neutral. Of the fourth: "That's kind of obvious, isn't it, Anath?" By now I've realized this experience is my trial by fire, the toughest work I've done so far.

"Dailies" (scenes shot in previous days which have a good chance of being used in the completed film) start coming in. We begin to get a picture of what "Talk Radio" may be. I start making notes for Stone to consider. I'm out on another limb, and Alex encourages me: "Keep doing it. He likes them."

I start doing more, sometimes as late as 3 a.m., when my body is dead but my mind won't turn off. I'm discovering the dilemma of those whose work is on the road. Living in a hotel for many weeks isn't normal; the walls close in, you get stir-crazy.

Stone decides that Bill and I should both be in the movie. I don't mention my tendency to stage fright, I just do it. Getting makeup is great fun, and some of the best conversations happen there in the makeup room. When I see myself in dailies, I know no star's been born.

The climactic scenes are shot in the last few days. I remain in the studio, sitting on the floor as Barry starts to come apart on the air. The lines are difficult, intensely emotional, and Bogosian must do them over and over while complex camera maneuvers are made.

It's so raw, so intimate that I feel shy about looking at Bogosian between takes. Yet it's extraordinary being in this close --- the culmination of six demanding, overwhelming and glorious weeks. 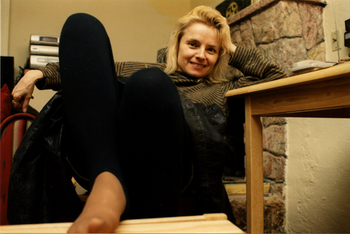 Anath White adds: "I live in Los Angeles, working in film and television, on both narrative and documentaries. Sometimes as a production coordinator, more often as an associate producer (which I was on a cowboy documentary shot in 2008-09 around Telluride/Ridgway) or as a (crack) script researcher. Most recent credit was researcher on Gandulf Hennig's Merle Haggard: "Learning to Live With Myself," which was featured on PBS' "American Masters" in August (it's still viewable online at PBS, too.) 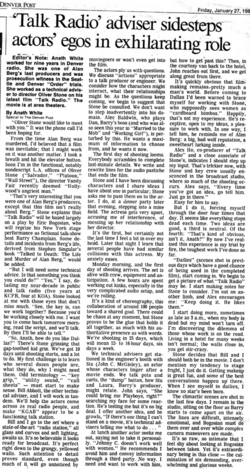