"Moozlums" have been here for a long time 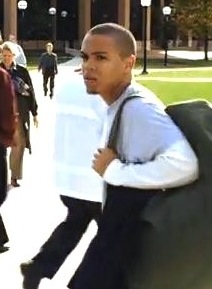 Qasim Basir presents his first feature film, "Mooz-lum," featuring Danny Glover, Nia Long, and Roger Guenveur Smith. Based on true events, it follows the story of Tariq (Evan Ross, son of Diana Ross) as he begins college, hoping to escape his childhood struggles. Estranged from his mother and sister, he spent his youth living at times with a strict, religious father and at times in a local madrassa (Islamic seminary). He is a Muslim college student, enrolling in the Fall of 2001. Simply, it is a story of a man trying to hide from the boy within him, just as all hell is about to break loose.

The movie opens nationally on Friday, 2/11. The title is a play on a common mispronunciation of "Muslim." I shrug when President Obama, despite his childhood in Indonesia, pronounces the term as "Muz-lem," though that is still better than the archaic "Moslem." The point here is not that anyone is intentionally mispronouncing the name. Rather, those of us with Muslim names

are as accustomed to correcting pronunciations and spellings as anyone. In fact, I tend notice when people do spell my name correctly.

This film comes from a young man who knows the Muslim-American experience intimately. Most of the popular "Islam experts" tend to be "terrorism experts" and have little to offer save venom and conspiracy theories; in the Muslim community we call them "loons" and this term is pronounced exactly as you would expect.

Most of the popular Muslim "reformers" have not a clue about the people or the tradition they claim to represent, yet they cash in on their obscure narratives of victimization. When Basir speaks of and presents Muslim-Americans, however, he knows what he is doing and knows the characters he is presenting. This point alone makes this film a long awaited breath of fresh air. 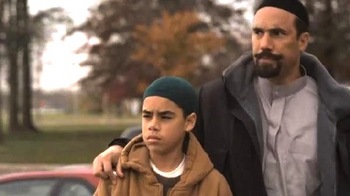 But, as Basir illustrates in the film, the issue -- depictions of Muslims -- is not one limited to semantics of politeness. "Mooz-lum" explores the overt issues that many have come to recognize: that Muslims are too frequently depicted as savages and scapegoats. But, it also tackles those subtly subversive issues that most everyone overlooks: that Muslims are usually depicted almost exclusively as immigrants (usually Arabs with thick accents). Save for Spike Lee's "Malcolm X," and former sports heroes (Muhammad Ali and Kareem Abdul-Jabbar) rarely do we see African-American Muslims presented at all, even though the African-American presence of Islamic America predates the immigrant Muslim presence by decades.

If we speak honestly about the victims of the Trans-Atlantic slave trade, then the "African-American Muslim" presence predates the immigrants (including myself) by centuries. The fact is -- and we saw this with the hoopla over Park51 (rudely nicknamed "the Ground Zero mosque") -- Muslims are almost always presented as outsiders. Those on the Right scapegoat Muslims as a threat; those on the Left often speak of Muslims as a new population to be welcomed into America, even though we have been here for a long time. 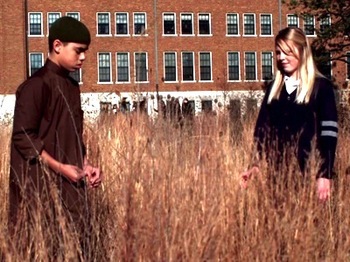 In telling this story, however, Basir is not apologetic. He is not complaining. He is not looking for a shoulder to cry on. Rather, he is critical and self-critical. He shows a whole range of Muslim and non-Muslim characters, from the likable to the repulsive, from the pious to the hypocritical. The film might seem preachy, but the only message it seems to preach is that through embracing our common humanity, struggling through our own hopes, fears, strengths, and wounds, redemption is always possible. In other words: no matter how real or perceived our wounds may be, justice is better than vengeance, but compassion is better than justice. 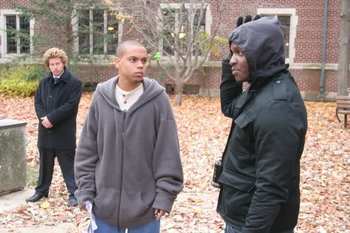 Basir reveals both the signs of a new filmmaker and the signs of a savvy entrepreneur. Though the characters are full of flavor, the acting is uneven; some performances are caricatures, while others are understated to a level of stoicism, recalling the acting in other first films like "American Beauty," "Following," and "Blood Simple." The film has lush flashbacks, making me want more. The pacing when slow and deliberate is wonderful, but when accelerated it leads us to a climax that is satisfying, unloading a resolution that is satisfactory. The soundtrack is eclectic; cinematography is intimate. 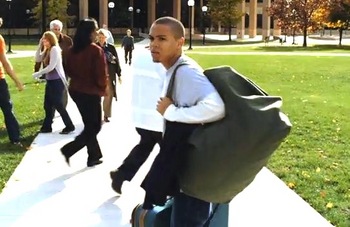 As we know too well, success in filmmaking necessitates not only the aesthetic craft, but also business knowhow. Basir cast popular actors, as well as rising stars. Wisely, he made extensive use of social media, through Twitter and especially Facebook, enlisting countless volunteers from across the nation. The movie's Facebook page currently has over 80,000 fans (surpassing my page by a mere 79,000, give or take).

I met Qasim when he visited the area for our Chicago International Film Festival. I found him to be humble, meditative and sharp; sharing common backgrounds, experiences, and assumptions, we quickly became friends. We spoke for about an hour at the edge of the Chicago River on a wonderfully sunny day. In the interview (below on this page) we spoke about his efforts as a new filmmaker, as a Muslim, and about life in America.

I suspect the Muslim narratives of 9/11 will soon grow into its own genre, and this film is a very good start.