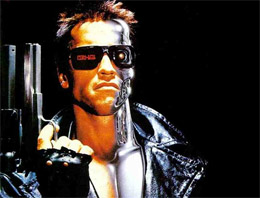 The first two "Terminator" movies were to me what "Star Wars" was to previous generations. Every kid wanted to be Eddie Furlong. The prospect of having a badass mother who didn't freak out when you grabbed a gun was overwhelming. On top of that young John Connor had his very own Terminator to command!! When I first watched those movies it was the violence of the first film, the special effects of the second and the time travel paradox of both that kept me up most nights in awe. I must've watched them a hundred times and I still give them credit for kicking off my interest to science fiction and the many mind boggling philosophical ideas that come hand in hand with the genre.

Today "The Terminator" is hailed as one of the best independent horror films ever made and "T2: Judgment Day" remains to me the best action film of all time. The latter is also rightfully considered to be amongst the greatest sequels in film history along with "The Empire Strikes Back", "The Godfather, Part II" and "The Dark Knight". When I recently revisited them on Bluray, I was as impressed as I was many years ago. The special effects are far superior to what we see in movies today. The T-1000 is the coolest villain to grace the screen. Arnold Schwarzenegger's portrayals of the T-101 ("The Terminator") and the T-800 ("The Terminator") remain the actor's defining roles and with good reason. 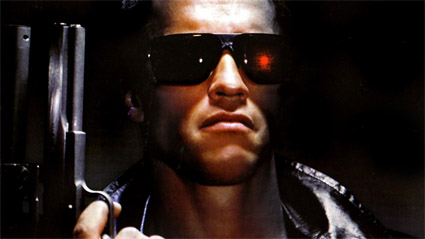 He played T-101 as a ruthless killing machine with a stare that would scare anyone into surrender. His T-800 is a much more advanced model and we can see that not only through the special effects but also thanks to Schwarzenegger's acting. Many believe the only reason they worked is because the roles required the Austrian actor to act as little as possible, but I beg to differ. The difference in both models is made clear thanks to his recognition that they are completely different characters/models. The T-800 is less cold-blooded since he has the capability to learn. It takes a lot for an actor to pull off turning a memorable villain into a lovable hero in the sequel. This twist in character is what was missing in "Terminator 3: Rise of the Machines" and "Terminator Salvation".

Likewise Linda Hamilton's portrayal of Sarah Connor couldn't be more different in both pictures. The character transformation we see unfold throughout both pictures is nothing short of remarkable and I still believe she was overdue for a Best Actress Oscar nomination. Sarah Connor is a vulnerable, weak and helpless waitress in "The Terminator" and grows into a fit strategic killing machine in "Terminator 2: Judgment Day". 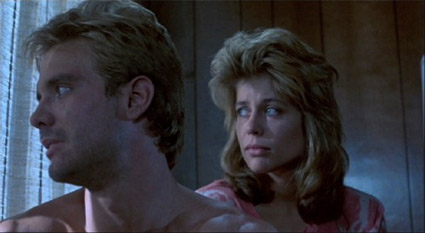 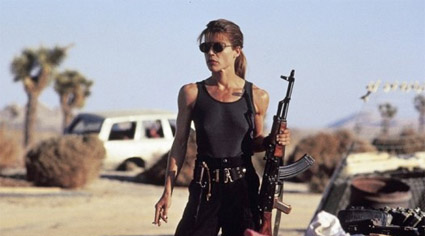 When Kyle Reese tells her he traveled through time because "It was a chance to meet the legend. Sarah Connor, who taught her son to fight, organize, prepare from when he was a kid." She responds: "Oh, come on. Do I look like the mother of the future? I mean am I tough, organized? I can't even balance my checkbook." The viewer can't picture it either, but somehow Hamilton managed to successfully bring his description to life.

Both films qualify as popcorn flicks but they're much more than that. Cameron is a master of filmmaking who knows his cinema. Consider the scene where the Terminator carves out its own damaged eye. When I first saw this scene it was the most gruesome scene I had ever seen. Now, I recognize a very clear reference to Luis Bunuel's "Un Chien Andalou". Cameron wasn't only creating a film for the masses but he was delivering a bold statement to film lovers. The reason I'm writing about these films decades after their initial release is because I truly believe that James Cameron created the perfect double feature for a film genre class.

The story of "T2: Judgment Day" is a continuation of "The Terminator" and in that sense it's a sequel. Yet, it also qualifies as a stand alone cinematic retelling, since the plot follows the exact same structure as the original.

They begin with identical scenes of our hero and villain teleporting into present time. It is only made clear whom the hero and villain is the second they reach their target. In both incidences the hero cements his role with "Come with me if you want to live." But it's not only the structure and the dialogue that bare similarities, even some shots are identical. When the T-1000 first confronts the T-800, he throws him through a glass window. In "The Terminator", the same initial confrontation ends with Kyle Reese blasting the T-101 through the glass window of the Tech Noir club. The shot of the terminator unaffectedly getting back on his feet much to the shock of bystanders is identical in both films. 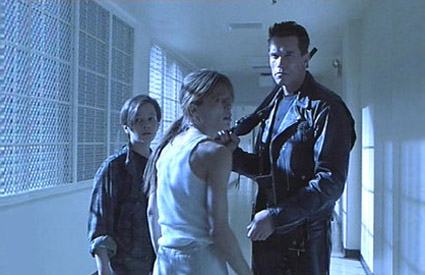 Kyle Reese is declared insane in the police station and Sarah Connor is a patient in a mental institution for the same reasons. In both films they get freed and proven right by the sudden appearance of the very machines they talk about. The similarities are endless. Even the final act are alike for they both end in chase scenes that lead to a factories. A truck of gas blows up setting the T-101 on fire, and a liquid nitrogen truck blows up freezing the T-1000. In both cases, they are believed to be dead only to continue the chase after melting to their true form. 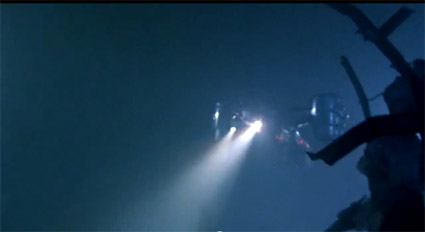 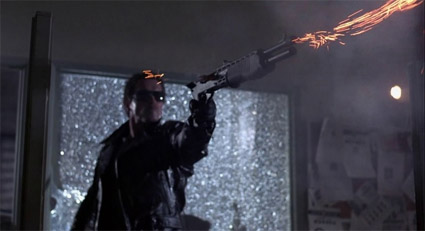 Even though they follow the same structure, they're completely different films. "The Terminator" is a dark atmospheric horror film while "T2: Judgment Day" is an all-out action picture. Through a deep understanding of mise-en-scene, Cameron managed to retell the same plot without repeating himself. He created two very distinct films using his conventions of genre. The make-up in "The Terminator" serves the nightmarish tone of the film. Schwarzenegger is seen without eyebrows making his presence a lot more disturbing. The lighting is low-key, expressive, and non-naturalistic. We also have the helpless female protagonist that goes hand in hand with horror films like "Halloween". But more than anything, "The Terminator" is a horror film in the tradition of the old Universal monster classics such as "Dracula", "Frankenstein" and "Creature from the Black Lagoon".

"T2: Judgment Day" is more light-hearted, action packed and doesn't share the bleak ending of the first one. In fact, the ending is very uplifting with a strong message on learning the value of human life. Visually it's less dark for Cameron uses uses a very stylistic cast of harsh blue that gives the film it's own unique atmosphere- one that clearly influenced the look and feel of two other great action pictures- "Heat" and "The Dark Knight". The main characters are loaded with weaponry the way protagonists in action pictures would be. The musical score is louder and the action is more epic. 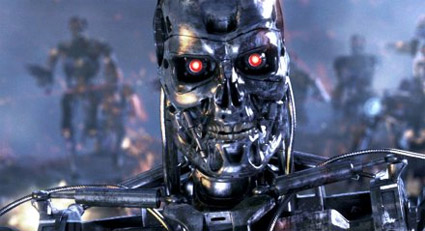 With both those movies, James Cameron proved that one could create two different films using the same plot. I think this may be the highlight of his career, the fact that he used all the elements that go into a scene to form something different. Never has a director made that more clear than with what Cameron did with the first two Terminator films. The canvas was the same, so was the subject being painted, but the colors and brush strokes changed.

"The lesson I learnt from Kubrick was, 'Never do the same thing twice." - James Cameron