An FFC Review of "Cold Eyes"

The South Korean film “Cold Eyes” is a pure exercise in the thriller genre and professionalism. This is a taut, efficient work which does not waste a single minute of its two-hour running time, and we are entertained by how well its characters do their work. Everything we need to know about them is mostly presented through their professions, and most of them are smart and resourceful enough to be competent players in their intense game of wits and wills. A trivial thing noticed in one small moment can be a crucial chance for reversal in a later situation, and that makes us constantly wonder about what will be the next move to be made.

The movie grabs our attention right from the opening sequence, which introduces its main characters while subtly signaling to us that something serious is happening under the surface. We initially see a young woman in a subway car filled with ordinary passengers, and then we also notice an ordinary-looking middle-aged man in the same subway car. For some reason, both are very watchful about their surroundings, and they are also very careful about being not noticed by others – and each other, perhaps.

Keeping the distance between themselves, they reveal little during this long sequence, but the movie lets us grasp step by step what is really going on between them while a bank robbery plan is expertly executed second by second at a spot not very far from their location. There is a cool, calculating criminal mastermind behind this robbery, and we observe him overseeing his henchmen from above while meticulously monitoring the situation outside the bank building. His henchmen do exactly as planned under his careful direction, and everything goes well for them except one small but problematic delay – but all of them successfully escape from the scene in the end thanks to his well-prepared plan.

It is the latest task of Chief Hwang (Seol Kyeong-gu) and his unit members in the special division of the Seoul police to track down and arrest these professional criminals. Their headquarters are hidden somewhere within the downtown area of Seoul, and they always make sure that their unofficial operations are not noticed by citizens no matter what happens (one of them jokingly says at one point that they can wear their police uniform only when attending their colleague’s funeral).

Aided by the high-tech surveillance system available to them, Chief Hwang and others at the division patiently scan over the crime scene to find their culprits. Although it is no surprise to us nowadays, I must say it is still rather frightening to see in the movie how our daily life in public can be easily monitored and processed through advanced modern technology. Even with only one minor credit card payment, they can immediately get the approximate daily activity zone of yours through your credit card record, and they will soon locate you within a few hours if you aren’t good at evading their surveillance network.

Hwang’s unit members, including a rookie officer named Ha Yoon-joo (Han Hyo-joo), are deft at hiding their presence during their covert missions, and many suspenseful moments in the film involve how they keep their heads down while searching for their targets. They fortunately get one good lead at the start, but they are well aware that a brief glance or a casual word can ruin the whole operation at any moment, so they are always cautious in every step of their maneuvers. 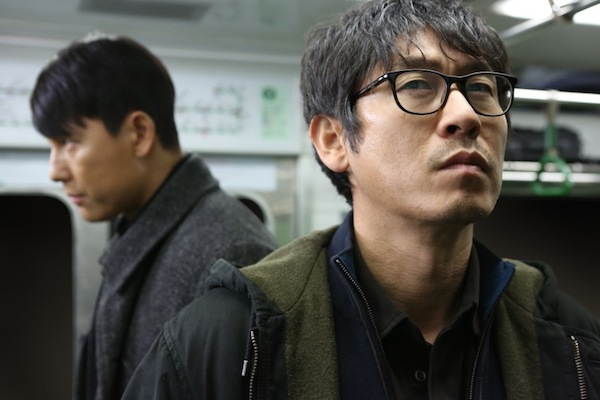 Intensely focusing on their work process, the movie throws some interesting ethical perspectives into the plot. While fully understanding what should be done for their assigned work, Chief Hwang clearly sees the gray morality regarding what he and his people are capable of as shadowy public servants monitoring the city in the name of law and order. He admits that they may infringe upon the civil rights of the people they should protect and serve, but he and his people choose to stick to their missions while never looking back, for that is probably the only way they can deal with morally difficult situations such as when they happen to detect two people in dire danger during their stakeout.

The man they are chasing after never looks back in his work either. As soon as his latest work is done, he receives the payment along with another job to do from a seemingly old, humble shoemaker whose cold eyes betray a ruthless criminal boss inside his shabby appearance. They seldom discuss their nameless powerful clients, but they know well the purposes behind the jobs they are requested to do (in one case, a bunch of account books are stolen away from some big accounting firm before the police come with a seizure and search warrant), and they do not care as long as they get paid well.

As Chief Hwang and his unit get closer to their targets, the directors Kim Beyong-seo and Jo Eui-Seok keep building tension along their plot. They skillfully manipulate the level of suspense along with a little dose of humor, and they always make the movements on the screen clear to us even when their movie becomes quite busy with many characters simultaneously moving around one area. They also make a good use of the streets and alleys and buildings of Seoul, and that gives a nice realistic touch to the film while also providing the canvas for its slick visual approach to the story.

The actors are well-cast, and they do more than fill their archetypal roles. They are unassuming on the screen as required, but their good performances reveal the interesting sides of their characters even when they are fully occupied with their work. Seol Kyeong-gu is excellent as a tenacious chief dedicated to his work and his people, and Jeong Woo-seong is coolly effective as his formidable match who may win their precarious game if his opponent happens to make a false move at the wrong time.

Between her two co-stars, Han Hyo-joo gives the best performance in the film as a feisty rookie with prodigious visual memory. Although we do not see a lot about her private life except one brief scene at her residence, Yoon-joo is a good female character as smart and strong-willed as the heroine of “Zero Dark Thirty” (2012), and one of the terrific moments in the film is the smooth visual presentation of how she recalls and looks around every detail spotted during her mission. Even at her most frustrating moment, Yoon-joo can quickly recover her strength as soon as she spots a decent chance, and the climactic sequence in the third act reminded me again that good thrillers are mainly fueled by the wills and motives of characters, not just by mere actions. The movie has a number of well-made action sequences which are both exciting and involving, and one of them is a rare moment in which the police in the movie have a clever, thoughtful strategy for chasing down bad guys instead of mindlessly driving after them along the streets (and they actually consider public safety, by the way). 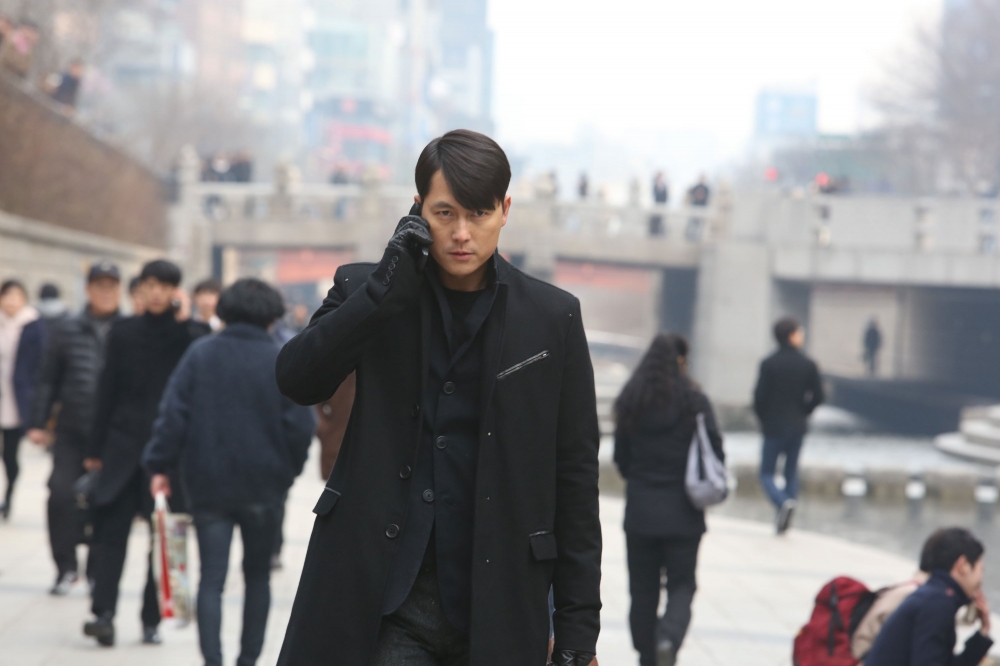 The supporting characters in the movie are mostly defined by their appearances, but the screenplay by Jo Eui-seok gives considerable space to some of them. Lee Jun-ho is likable as one of Chief Hwang’s unit members, and you will be amused by how appropriate his code name is considering his sleek agility and quick improvisation. As the strict head of department, Jin Kyeong is both commanding and caring. While her character rarely loses her cool façade in front of others, one small detail implies how many times she has been frustrated with her superiors while trying to do her job like the guys. Her brief private scene with Chief Hwang shows us two seasoned comrades who have gone through lots of difficult things together for many years.

I forgot to tell you that “Cold Eyes,” which was released as “Watchers” in South Korea, is a remake of the Hong Kong thriller, “Eye in the Sky” (2007), which was produced by Johnnie To. I belatedly watched “Eye in the Sky” not long after watching “Cold Eyes” at a local theater in the last year, and, after having a fairly good time with the former, I admired more how the filmmakers behind the latter took the story of the former and then reassembled its elements for their own style and background. For example, a passable voyeuristic moment in the original version is transformed into a more crucial part in the remake, and then there is one particular scene in its second act which is packed with a stronger dramatic effect in comparison to its counterpart in the original. I wouldn’t dare describe this scene to you, but let’s say it took me back to when the audiences around me gasped with horror as one minor character made a tiny but lethal mistake in another South Korean thriller, “The Chaser” (2008).

While not forgetting to give a small, respectful nod to the original, “Cold Eyes” sometimes surpasses its predecessor in several parts including its crackling high-octane finale, and the result is a very good remake which is as exemplary as “The Departed” (2006) or “The Girl with the Dragon Tattoo” (2011). This is a splendid genre piece indeed, and you may appreciate its achievement more if you watch it along with the original version.