A Letter to the Writer/Director of "Son of Clowns"

Thank you very much for giving me an opportunity to watch your first feature film “Son of Clowns” in advance. As a matter of fact, you are the very first guy who has ever sent me a screener to be reviewed, and I really appreciated that you approached me directly even though there are thousands of online reviewers you could have chosen. After thinking about it for a while, I accepted your offer because 1). It would be an interesting first experience for me as a meager movie reviewer who still has a lot to learn and 2). I was intrigued by the main subject of your movie when I watched its trailer.

Sadly, your movie did not engage me as much as we hoped, and, as I wrote to you before, I cannot recommend your film even after the recent second viewing. However, I think you deserve attention for the potential displayed by the final product.

At the beginning, a brief scene introduces our hero, a young actor named Hudson Cash (Adam Lee Ferguson), and his clown father, for a few minutes, and then the movie abruptly cuts to the next scene showing the hero returning to his hometown in North Carolina. I found this transition distracting even during the second viewing. I think the following driving montage accompanied with the main title could be placed between the first scene and the second scene. This rearrangement could give us some little spare time to look at your hero and then become interested in who he is.

After this rather awkward opening, which informs us on how Hudson’s acting career took a serious downturn due to the sudden cancellation of his modestly successful TV show, Hudson’s family members are introduced one by one. We also meet Hudson’s old friend, a chubby guy who works as the host of a local radio show. It is apparent from his first scene that this guy is your average beer buddy, which also means he will not be of much help for a high-functioning alcoholic like Hudson.

The trailer of your movie gave me an impression that you tried to give a close, intimate look at backyard circus business via your character drama, and it seems to be on the right track when it is looking around Hudson’s likable family members. They live in a cozy house decorated with small and big colorful objects to be used for their circus work, and most of their domestic scenes feel warm and sweet, although they are always aware of the struggling status of their family business.

It is too bad that the movie shows their work only during one sequence. They may not be the best in their business, but they try as hard as they can entertaining little kids during one sunny afternoon. I was touched by that. For many of us, clowns are frequently associated with horror movies these days (“Clown” [2014] is the latest example, by the way), and I must say that it is refreshing to see clown jobs presented in earnest attitude without any condescending irony. 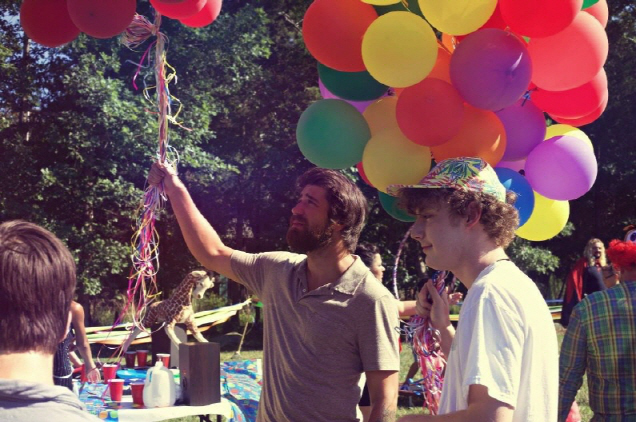 I guess an acting lesson scene is supposed to emphasize what Hudson has tried to reach for as a serious actor, but what Hudson tells his eager audience is something they probably heard during their first hour of Acting 101. I understand this scene functions as the precursor to an audition scene later in the movie, but wouldn’t it be nicer if he has other insightful advice to tell besides that clichéd one?

In one bar scene, there is not enough space to establish one certain supporting character who turns out to be more substantial than expected but then is completely forgotten after that point. The character in question merely looks like a minor background character during the first few minutes. The history between this character and Hudson is then suddenly introduced through their private conversation—but your screenplay inexplicably does not develop this potentially interesting situation further.

And I do not like a number of contrivances around the burgeoning relationship between Hudson and Ellie (Anne-Marie Kennedy), who has a meet-cute moment with him when he comes into her workplace to buy balloons for his family’s work. While there is nothing wrong with the acting of your two lead performers, your screenplay frequently shifts their characters’ relationship too easily from one point to another, and I must tell you that a few seconds of brief landscape shots are not enough to convey the passage of the time between their scenes. For instance, we see Hudson and Ellie having a long night conversation with each other in Hudson’s room, and then the movie immediately cuts to the next scene showing Hudson's search for his hidden whiskey flask in the bathroom which turns out to be in Ellie’s house. Utterly bewildered by this, I asked myself, “Wait, when did he move into her house? Did I miss something crucial within a few seconds?”

The family dinner scene is actually handled well, showing the other characters quietly recognizing Hudson’s sullen drunken attitude, but the other scenes feel contrived because of their jarring emotional fluctuations. Alcoholism may be a convenient storytelling tool to move your character up and down according to the demands of your plot, but you need to establish the emotional ground solid enough for that first. Otherwise, you only end up leaving us the impression of clumsy manipulation instead of organic storytelling.

The last act of the movie is disappointing too. It's hurried in its depiction of that painful healing process we can expect from any alcoholics when they hit bottom. If I had been around you during the post-production period, I would have advised you to cut that redundant dream scene at the hospital, which has no purpose except pointing out a fact we already know from Hudson’s alcoholic behavior. 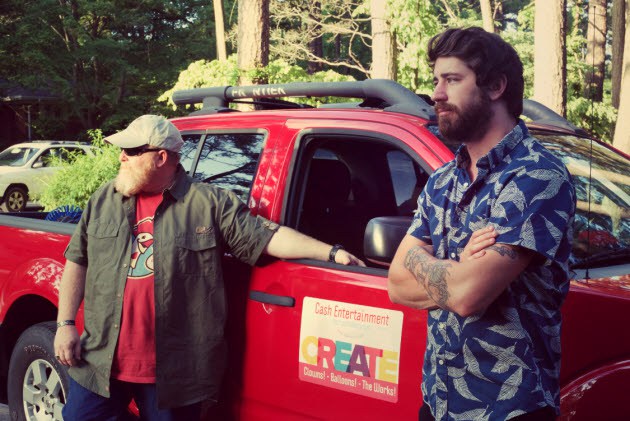 Your movie is not a total failure in spite of its flaws. You shot the film with your cast and crew for no more than 10 days, but the overall result is a decent micro-budget work which does not look cheap or shabby despite several glaring moments of technical problems. For example, Hudson’s brother appears out of nowhere without proper entrance in the middle of one scene in Hudson’s room, and I came to wonder whether you did not shoot any shots of Hudson’s brother entering the room. The shaky montage scene which shows the aftermath of one disastrous circus performance is rather confusing; I guess you intended this scene as a punchline for what has been built up right before that, but it does not work as well as intended because we cannot instantly gather what happens on the screen.

They say the success of your movie mostly depends on your cast, and I commend you for casting engaging performers and then drawing good performances from most of them. While Adam Lee Ferguson and Anne-Marie Kennedy are well-cast in their lead roles, my attention was more drawn to the parents played by Eric Hartley and April Vickery. I believe the movie should have focused more on their characters, who always suggest an interesting life of their own compared to other relatively underdeveloped supporting characters in the film. In the case of Hartley, he is genuinely jolly and amiable, and I think local casting agents should call him first whenever there is a demand for an avuncular character, though he may be able to play someone as deranged as Sid Haig's character in “The Devil’s Rejects” (2005).

It is one thing to distill many hours of collective efforts into a feature film of around two hours—and it is another thing to make it into something worthwhile for your audiences to invest their precious time. Now, you did the former, so please keep going for achieving the latter someday. I am happy that “Son of Clowns” got some positive responses from others, which will probably help you take the next steps in your ongoing filmmaking career. Who knows? This small interaction between us may be an amusing episode I will gladly talk about later—especially when your new work surprises me.