The following correspondence between various writers at RogerEbert.com was inspired by the Chinese New Year that began on February 19th.

This year will be the Year of the Sheep, Goat or Ram. These are not quite as popular as horses.

In Chinese and Japanese, a sheep is 羊 and a goat is 山羊 or mountain sheep. In neither the original Japanese or Chinese is the sex of the animal designated.

The sheep was important enough in Chinese culture to be a radical, root or main character symbol. So while you have 羊, you also have words or meaning that derive from 羊 added to something else. Some of these things you might easily guess such as in Japanese words for clothes (着る）or crowd or group (群れ). Others are not so obvious such as justice or morality (義), adopted child (gishi: 義子）or in-laws like brother-in-law (gikei: 義兄)（gishi: 義姉）(gibo: 義母)（gifu: 義父）to raise (yashinau:養う), feel ashamed (hajiru: 羞じる) and envy (urayamashii: 羨ましい).

For students of Japanese and Chinese, perhaps, the most infamous usage of the sheep radical is in the word for beautiful. Big plus sheep equals beautiful.

So I wondered if you might recommend some movies with sheep, goats or rams?

Mubi.com has a long list of movies with sheep (which due to unwise font and style choices is hard to read), but most of these are unavailable and I (although I haven't checked them all) found that some have very little sheep in them (e.g. "The Quiet Man").

Of course, the sure thing is not even on that list: The feature opening this year from Aardman, “Shaun the Sheep.” The Mubi list also doesn’t have “Owd Bob” which definitely is about sheep and sheepdogs (and almost as heartbreaking as "Old Yeller"). 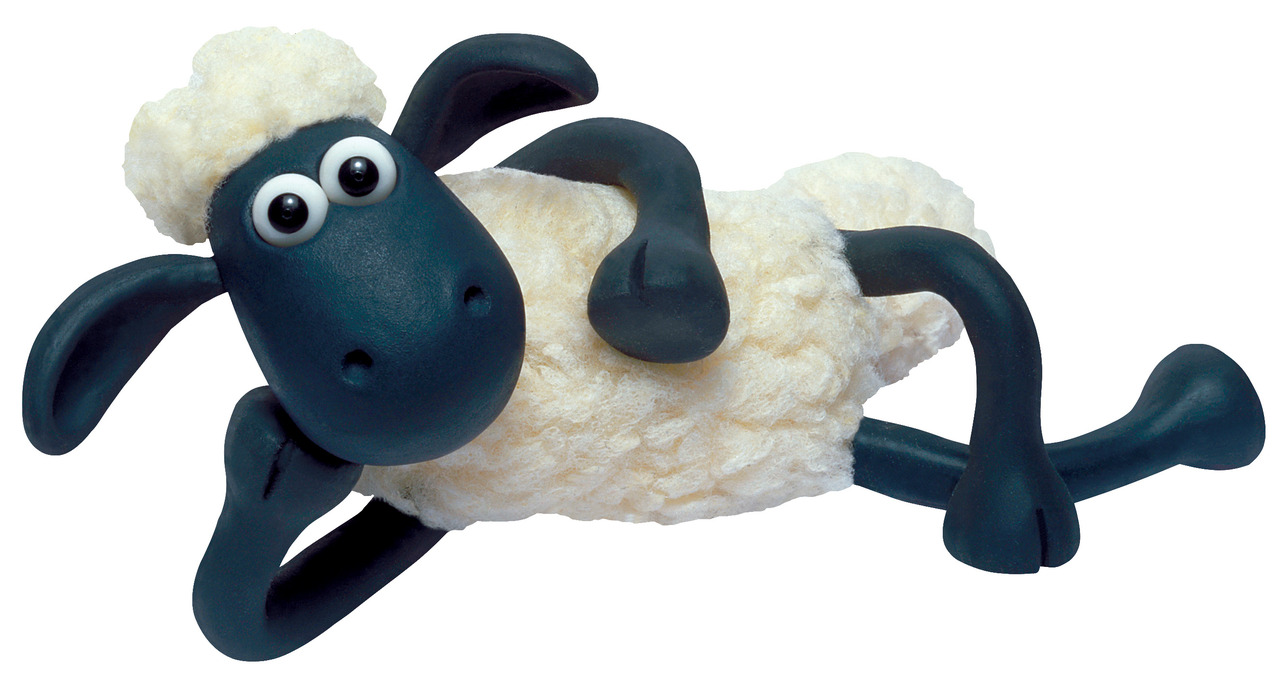 If I decide on going with two-legged rams, then I came with one movie with the L.A. Rams: “Heaven Can Wait.” And I guess one could throw in any movie with Merlin Olsen, Joe Namatch, Deacon Jones, or Elroy “Crazy Legs” Hirsch.

I came up with three movies with goats—none of which I’ve seen.

“Old Goats” (2014) is a comedy about three elderly men looking to enjoy their last years. One is married, another is a hoarder trying to find a date and the third is a ladies man.

“The Men Who Stare at Goats” (2009). A reporter meets a guy who claims to be a former member of the U.S. Army’s New Earth Army.

What are your recommendations for movies that would go well with the Chinese New Year?

God help me, my first thought goes to the lovely Daisy in Woody Allen's "Everything You Always Wanted to Know About Sex (But Were Afraid to Ask)." Film critic Joseph Gelmis, member of the National Society of Film Critics, actually cast a vote for her for Best Supporting Actress.

Gene Wilder in “Everything You Always Wanted to Know About Sex"

And Wallace and Gromit in “A Close Shave”

Also, there is a really funny joke in "Club Dread" in which a guy remembers a youthful indiscretion with a goat. "We were just a couple of crazy kids"

Well, if we're talking just about sheep cameos, "Brokeback Mountain" has tons of them. (And so does "The Ballad of Josie.")

The logical ones, "Babe" and "Everything You Always Wanted to Know About Sex," were already mentioned and it's hard to do better than that, but there's a very funny goat in "Hoodwinked." I also seem to remember sheeps in "Bad Taste."

The most incredible sheep/ram moment I saw in film was that mammoth single shot in "Le Quattro Volte," in which the dog and the sheep conspire to take over the village. Still not sure how the director pulled that one off.

That's much more significant than the sheep cameo in "The Quiet Man." I have an idea of how that was done since we can't see the people in the village and the dog looks to be a border collie.