Chicago Stories: From Projects to Playboys

I recently attended the Chicago International Television Festival, a project of Cinema Chicago and Michael Kutza, the founder of the Chicago International Film Festival. They are presenting four premieres of television shows that have a Chicago theme, and two were screened last night. The first, "Public Housing Unit," is a fictionalized show, but based on true tales of Chicago police and their encounters with residents who lived in Chicago public housing dubbed "projects."

What was surprising were the interactions the police had with the residents in order to get to know them. It wasn't just random policemen going into the neighborhood. At one time, certain police precints were responsible for certain areas in the city, so you would see these policemen riding around in their unmarked cars, wearing regular clothes rather than police uniforms, and even getting their hair cut in neighborhood barbershops. As the episode showed, that could be both an advantage and a disadvantage. It was an advantage because if you relate to people as human beings rather than statistics there is less of a chance you want to shoot or kill them. The disadvantage is that if you become too familiar with criminal elements your behaviour as a law enforcement officer becomes too much like the criminals.

Co-creators Ted Reilly, Angie Gaffney and Patrick Wimp aim to show how three particular policemen had to battle with criminals, politicians and fellow cops in order to protect the citizens who live in Chicago Public Housing. Reilly started a fund, Chicago Media Angels, that has as its mission producing television and movies from stories that originate in the Windy City. The series is currently looking for a distributor. 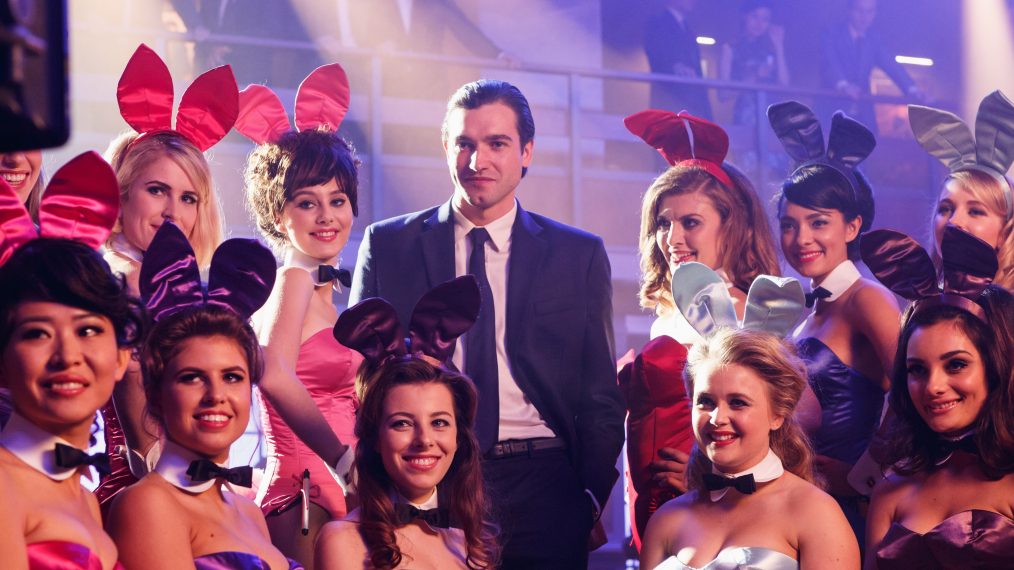 The second premiere also told exciting stories that originated in the Windy City. "American Playboy: The Hugh Hefner Story," is an Amazon Original from executive producers Stephen David and Peter Jaysen, and will be ready for binge watching starting April 7th. It is a docudrama that tells the story of history through the character of Hugh Hefner and his evolution of the Playboy philosophy. It combines great archival footage of Hef in the early days of the Playboy Club with enactments of a slim, dark-haired, good-looking Hef by the actor Matt Whelan.

In essence, Hef's philosophy was that people should be able to freely express themselves in matters of sexuality and other liberties as long as their expression doesn't harm other people. So in episode 5, we see Hef fighting against extortion and bribery, against censorship in favor of free expression, and on the side of the civil rights movement. We also see the toll this philosophy takes on his personal relationships.

Hef's son Cooper, now 25, and the newly installed Chief Creative Officer at Playboy, was in attendance and answered questions by moderator Richard Roeper. Looking every bit like a younger version of his father, Cooper indicated his plans to carry on the Playboy philosophy as created by his father, albeit more in a fashion compatible with the digital age. He said Millenials have an obsession with retro things like skinny ties, and Mad Men. So even bringing back the concept of a Playboy Club in a more contemporary fashion may be on the table.

For more information on the Chicago International Television Festival, visit its official site.