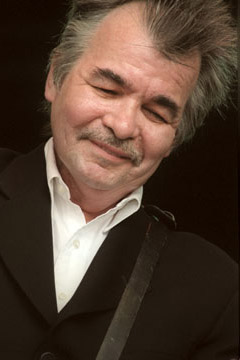 I've already posted a lot of John Prine, but I had never seen these particular videos before. The high-quality sound and picture are explained because they're from a concert he did for Irish television. Prine is the best poet-songwriter of his generation. Period.This is the first time I ever heard John call "Hello in There" his favorite song, but I'm not surprised. I've seen more people cry during this than any other song. When we were dating, Chaz and I were on the highway and I slipped in the tape, and later I looked over and saw tears running down her cheeks.

In addition to being a song, this is a short story.

An earlier post on John Prine with more songs, and the first review he ever received.