I have seen Nestor Torres play three times at the jazz concert convened every year by Dave and Don Grusin at the Conference on World Affairs at the University of Colorado. Like all the famed professional musicians at the CWA, he plays without a fee. Then he plays on into the night out of sheer joy. He plays jazz, Latin, classical. He has performed as a soloist with many symphony orchestras. He has many albums and is in demand all over the world, but has very few professionally-produced videos. These have mostly been photographed from the audience. There is nobody else like him. 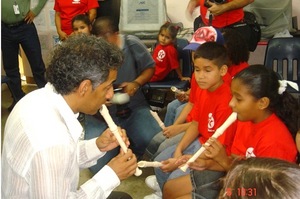 "My name is Nestor Torres"

The University of Warwick's One World Week concert 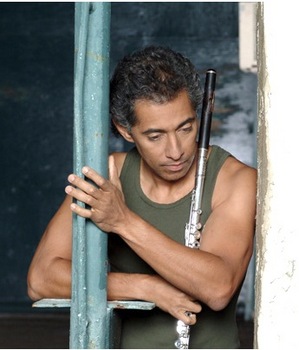 Next Article: Rock Hudson's secret Previous Article: "Whose birthday, Lou?" "Yours, Bud!" "Mine?!? Waitaminit! You were born before me." "That's why your birthday is first." "Who's second?" "You. I was born first."