The City Dark: Turn out the lights

Click here for the complete film. "The City Dark."

Do you love the nightlife? During hot summers, evening comes like a cool blessing with a promise of good company. But just what do we mean by the night life? Usually we aren't talking about dark streets and even the dimly lit dance venues and bars feature glowing and sometimes pulsing lights. As a woman, I prefer well-lit and well-traveled areas of the city. It's a mattered of safety. Yet in director/writer Ian Cheney's illuminating documentary, "The City Dark, " we learn that having a city that never sleeps comes at a steep price. "What do we lose when we lose the night?" he asks.

For the New York City-based Cheney, who grew up in rural Maine, in a small town of about 4,000 people, his boyhood nightlife was spent gazing at the stars. This 2011 documentary is like a plaintive love song to the night skies of his youth with stunning astrophotography (cinematography by Cheney and Frederick Shanahan). I realized that as much as I love nighttime walks under a full moon, I have never truly seen the sky at night. In most cities there's too much light pollution. 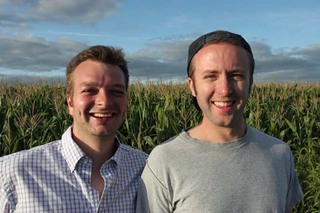 Cheney's previous documentary, the Peabody Award-winning "King Corn" also appeared on PBS as part of the Independent Lens series. Directed by Aaron Woolf and written by Cheney, Curtis Ellis along with Woolf and Jeffrey K. Miller, the 2007 "King Corn: You Are What You Eat," followed college friends, Cheney and Ellis, as they moved to Greene, Iowa to grow an acre of corn and learn about the industrialization of farming and why corn is such a high-demand crop even though it's subsidized by the government. 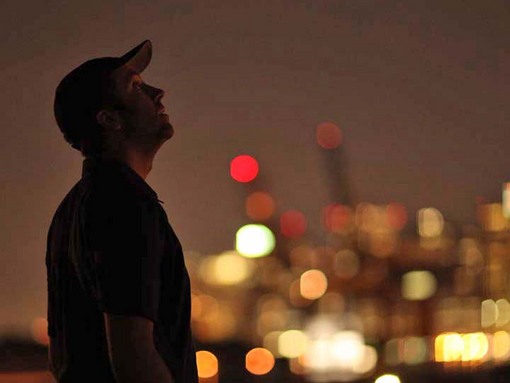 While "King Corn" was an investigative documentary filmed under blue skies, "The City Dark" is more elegant and poetic. Even when we see talking heads, they are half enveloped in a rich darkness as if to remind us how beautiful negative space can be. The soundtrack by The Fishermen Three & Ben Fries sets the film up as something of a modern film noir; there's mystery and sadness at every step as Cheney examines in six different segments what night means to us as humans and as part of life on earth. 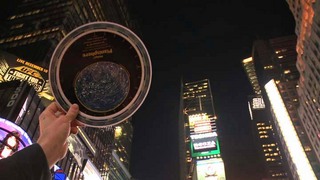 In the first segment, "The City Bright," Cheney takes us through the streets of New York City and while we see plenty of dazzling lights, they aren't from outer space. But that doesn't mean you can't see stars in NYC. Did you know that there's an observatory on Staten Island? We meet the gravely-voiced Professor Irving K. Robbins who runs that humble place, part of the College of Staten Island. He recalls seeing the Milky Way twice -- both times during blackouts. "Light in the sky is the sum total of all the light around you," he explains. "Light shining upward bounces off particulates in the sky" and we have light pollution. 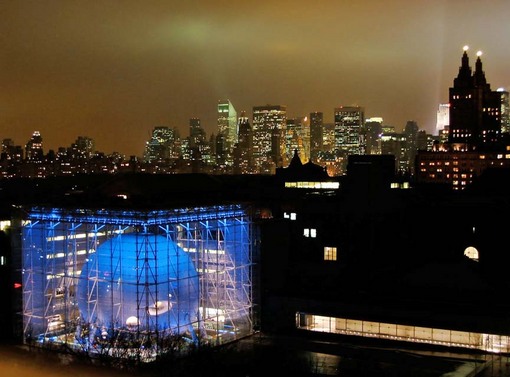 Astrophysicist rock star Neil deGrasse Tyson, the Frederick P. Rose Director of the Hayden Planetarium in New York City, reminds us that all cultures had some kind of myth related to the skies. Yet even during his childhood, the skies no longer could speak to us in the same manner. When he first visited the Hayden Planetarium as a nine-year-old from the Bronx , he thought the many twinkling lights were pure fantasy. Even now, when he gets away from the city light pollution and sees the stars against a dark sky, the 53-year-old scientist thinks, "reminds me of the Hayden Planetarium."

Cheney tries to maintain that childish wonder by using animation that imitates chalkboard drawings as he shows us the progression from navigating by the stars to obliterating their light as we go from campfire, to gas and then electric lights. Blame it on Edison? At the Light Bulb Store in South Hackensack, we meet a third generation light bulb salesman, Larry Birnbaum, who shows us a still working light bulb from 1879. We can compare its relative brightness to modern light bulbs. 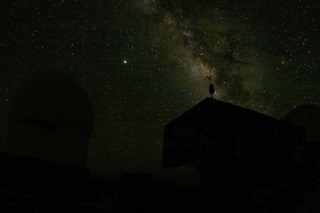 If you can't navigate by the stars any more, that doesn't mean it's hard to get lost. The boy scouts now note that the way toward civilization is that pinkish glow on the horizon. Where once the world was isolated islands of light in the dark, now there is a "luminous fog" that threatens to envelop the world. So astronomers and astronomy buffs search out "Islands of Dark," which is the second chapter of Cheney's study. Imagine a small community in rural Arizona specifically for star gazing? Called "Sky Village," the place was founded by astrophotographer Jack Newton. The views of the night sky here are stunning, particularly the time-lapse images of the Milky Way. 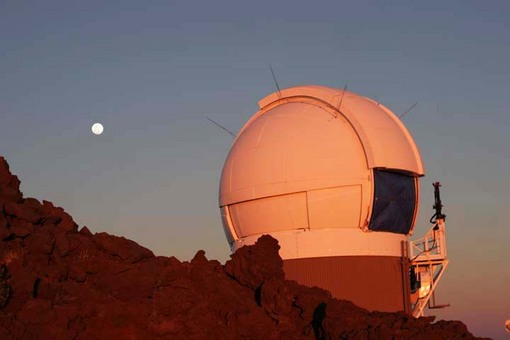 If the desert of Arizona, rattlesnakes and an arid climate that makes your eyeballs thirsty is not your concept of paradise, consider Hawaii. On Maui, two telescopes allow astronomers to observe asteroids, stars and planets, but even in tropical paradise, the urban sprawl threatens to cloud our view of the heavens. 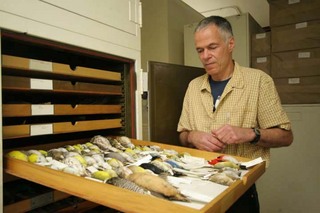 The loss of night isn't just a problem for astronomy buffs and astrophysicists. Humans are by nature diurnal (active during the daytime) while other animals are nocturnal. That means animals are affected by different cues from light and dark ("Nature and the Night" and "Night Shifts"). Birds also used the nighttime sky to guide them in their migration routes, and now, confused by bright city lights, many get trapped in the darkened canyons of skyscrapers and slam into building to die like kamikaze pilots. Hatching baby sea turtles may travel toward the beachside cities instead of the relative safety of the nearby ocean waves. By turning night into an artificially lit pseudo-day, we may also disrupt human circadian rhythms causing an increase in certain types of disease. 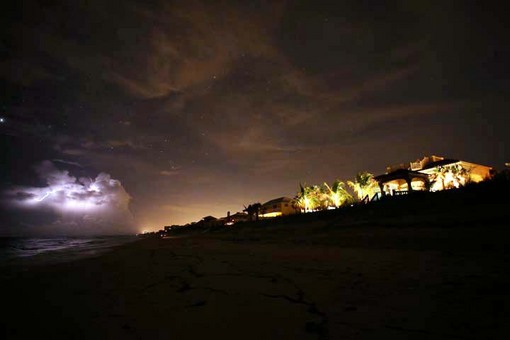 We know "Why We Light," and Cheney reminds us how public safety relates to lighting, but he also shows us there are better, less wasteful ways to light our cities that could cut down on light pollution. In today's world where Hollywood stars dominate the news, we've forgotten the real stars, the ones that inspired Vincent Van Gogh to paint his "The Starry Night" or our ancestors to construct myths and legends around the patterns in the skies and the sudden flashes of light crossing the heavens. 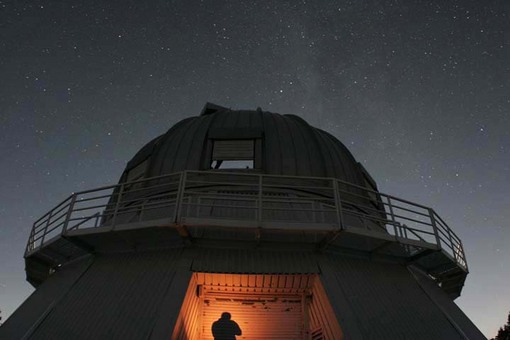 "The City Dark" comes out just before the traditional Asian days for sweethearts, called Tanabata in Japan ( July 7) and Qixi in China (August 23, 2012) -- the night of sevens. That romantic myth links Altair and Vega as two lovers separated by the Silver River (Milky Way) who are only permitted to visit each other once a year, when the magpies build a bridge. Ian Cheney has built a bridge with this documentary, hoping to give us a new appreciation for the jewels of the darkened sky. This documentary is a love story that reminds us of our ancestral past and, as Tyson comments, "our place in the cosmos."