Roger Ebert’s belief that cinema is an empathy machine, an artistic device that, at its best, allows us to become more empathetic people by stepping into another person’s shoes, may have no greater foundation than in his absolute adoration for Errol Morris’ “Gates of Heaven” and Steve James’ “Hoop Dreams”, both recently released on Criterion Blu-rays. In these films, we don’t just passively watch real life unfold, we feel like we become a part of the story. Whether it’s the pet-loving proprietors of a pet cemetery in Morris’ breakthrough film or the emotional saga of Arthur Agee and William Gates in James’ Oscar nominee, these are lives that are not likely similar to the viewer’s, and yet they are made relatable through the sheer talents of these two filmmakers. “Gates of Heaven” is not alone, joined by “Vernon, Florida” on the same disc and “The Thin Blue Line” in a separate, must-own release. Watching all four of these films again, it dawned on me how formative they were not only in the way I approach non-fiction film but in how Roger’s appreciation of them altered the way I approach writing about film. They are essential pieces of work, made even more so by great Criterion special features, such as a series of interviews with Errol Morris that every film fan should hear, especially the one on “The Thin Blue Line.” 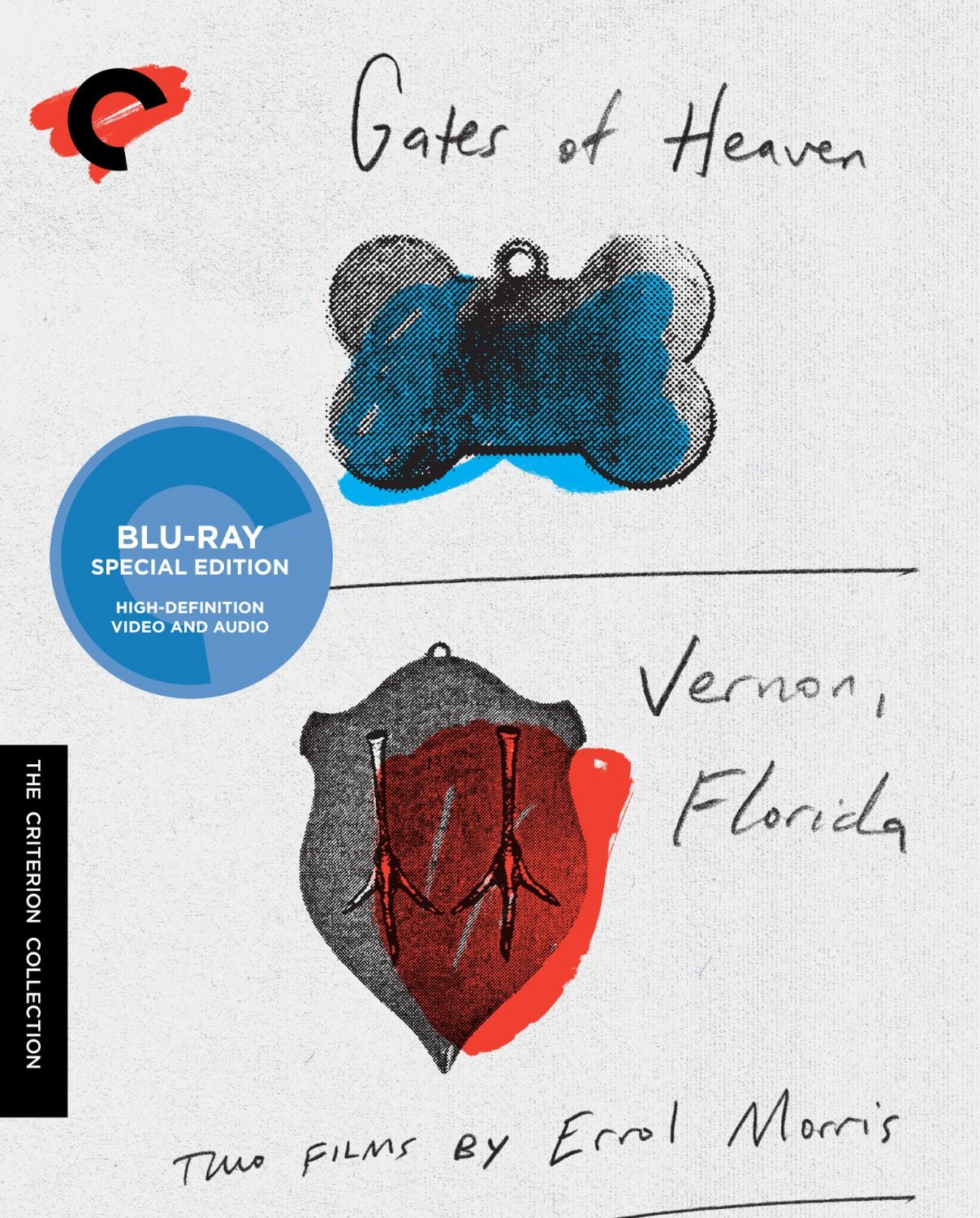 One of the reasons that “Gates of Heaven” has endured for over 35 years is that it’s a difficult film to pin down. On the surface, it’s about people who value the life of their pets so much that they have created a physical monument to them in the form of a pet cemetery on a gorgeous swath of land. And yet Roger correctly saw that there’s more to what Morris is attempting here than mere chronicling of human-pet relations. From the beginning, questions swirled around Morris’ intent with “Gates of Heaven”. Is he mocking these people? Are we supposed to take them seriously? I don’t believe he is and yet critics to this day often read “Gates of Heaven” incorrectly as nothing more than a piece about the oddity of people incredibly close to their pets. What’s allowed “Gates of Heaven” to stay so fascinating is that Morris doesn’t judge his interview subjects like so many people who have descended from big cities to small ones. In fact, I find a lot of love and compassion in “Gates of Heaven,” whether it’s in how Morris allows these people time to express their grief or the montage, late in the film, of pet headstones and the touching sentiments they hold. Roger thought “Gates of Heaven” was one of the best films of all time, and I think that says as much about what he valued in cinema as anything else about his career.

The Criterion Blu-ray for “Gates of Heaven” is on the same disc as Morris’ follow-up, the slighter “Vernon, Florida,” a film that notoriously came into existence after another project fell apart in the same geographical area of the world. As Morris fascinatingly recounts in the interview on this disc, he set out to make a film about “Nub City”, a part of Florida notorious for insurance fraud (the nickname referring to missing limbs). As he learned the hard way, making a movie that relies on interviewing people who have committed felonious fraud is not only difficult but unsafe, as Morris says he was beaten up after asking the wrong person the right question. He transformed “Nub City” into this brief piece about philosophy in the swamplands. It’s a decent flick but doesn’t have the resonance or cinematic importance of “Gates of Heaven” or the movie he would make next, “The Thin Blue Line”, which gets its own Criterion release as well. 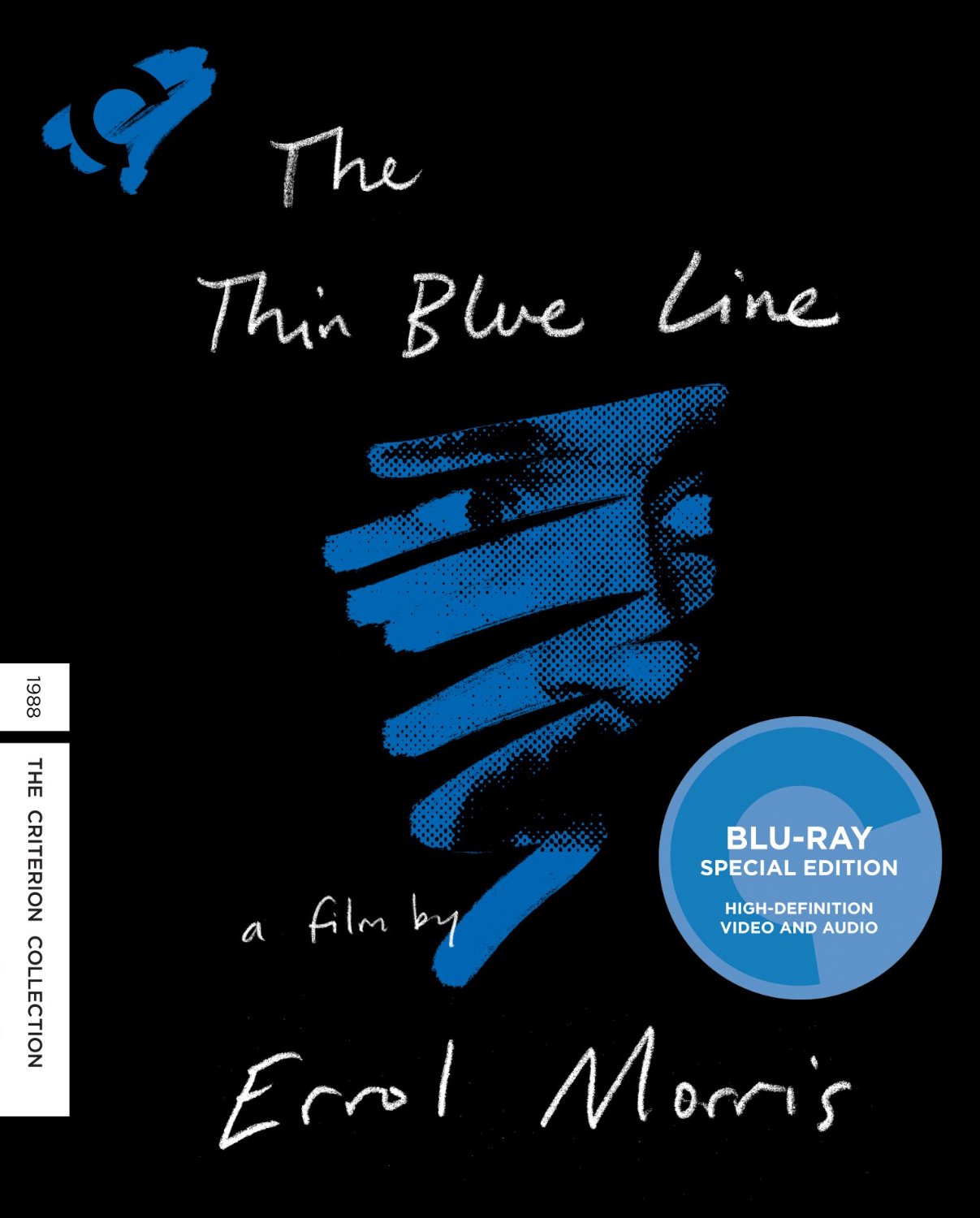 Watching “The Thin Blue Line” for the first time in a quarter-century, its influence is stunningly clear. Not only did its structure influence everything from “Dateline NBC” to “The Jinx”, it changed the fate of its subject, helping define a branch of activist documentary filmmaking that still thrives. What I didn’t appreciate on first viewing was the daring structure of the film, in which Morris keeps constantly taking us back to that deserted highway on which a crime occurred but he does so not to illuminate what happened there but to make clear how much we don’t know what really went down. Recreations of history in documentaries are often designed to show something we can never see. Morris uses them here for the inverse purpose, showing us how little we know about the crime for which a man was so clearly falsely convicted. It’s an amazing film and I wish more true crime documentary filmmakers would go back to it before thinking they can so easily recreate it themselves.

The bonus material on “The Thin Blue Line” includes a riveting interview with Morris, in which he details how he got involved with the case, his interview with the man who he quickly became convinced was a murderer, and even the fallout after the film’s release. He also has some remarkable insight into the inherent problem with the death penalty, something he argues is designed to generate mistakes in that it becomes more about finding someone to punish than in finding the truth. As he says, “That is unacceptable. It will always be unacceptable.”

The great Joshua Oppenheimer, director of “The Act of Killing”, adds to the analysis and appreciation of “The Thin Blue Line” with an interview of his own, fascinatingly dissecting the relationship between camera and interview subject and the very concept of “Direct Cinema”. 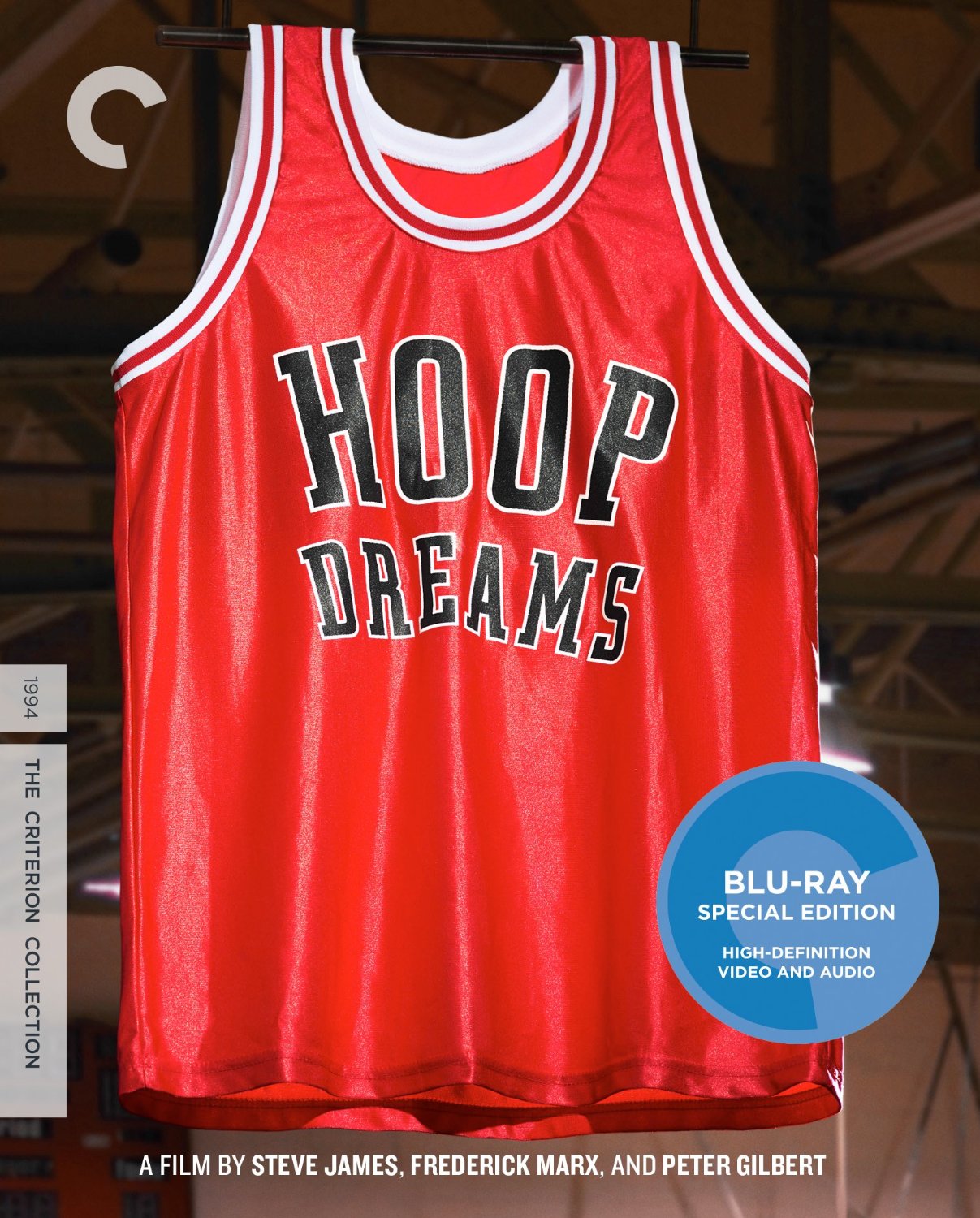 As if the Morris trio isn’t enough this month. Criterion also chose to upgrade one of Roger’s favorite films, “Hoop Dreams”, with a stellar Blu-ray edition. Twenty years after it came out, “Hoop Dreams” now plays like a great chronicle of American history. The people in it feel almost like ghosts now due to fashion and filmmaking, and yet their needs remain as current as ever, and they always will. What kid hasn’t dreamed of stardom? Dreamed at turning their passion into a living? A better life? And yet “Hoop Dreams” is more about the reality of how hard it is to make those dreams come true as anything else. Our dreams are so often tethered to things we cannot control. In telling such a universally relatable story, Steve James made a film that tapped something deeply philosophical about that unique place in which reality and the dreams of an unseen future intersect. And it’s not just in Arthur and William’s story. There’s something breathtaking about the filmmaking fortitude it took to produce “Hoop Dreams”, especially in today’s instant gratification world.

The special features here are great, especially “Life After Hoop Dreams”, which was shot mostly in ’04 and ’05 but finished more recently with interviews. It’s not surprising but still striking how much the film was both a “gift and a curse” for William and Arthur, who honestly thought its success would make them millionaires. They couldn’t get jobs or were brought into situations mostly to bank off the success of the film without any consideration of their actual talents. The commentaries—one by the filmmakers and one by Arthur & William—are great too (especially the revelation that James originally called the film “Hoopin’”, leading one to wonder if it would have such a legacy with such a horrible title).

Finally, the “Hoop Dreams” Blu-ray includes 15 minutes of "Siskel & Ebert" clips. Believe it or not, they mentioned “Hoop Dreams” SIX times on their show, which has to be close to the record. There’s the initial Sundance review, it was the Best Film of 1994 for both of them, it made Memo to the Academy (as Best Picture, by the way), their Snubbed segment when it missed out on even Best Documentary, a piece about the doc branch announcing changes to their system, and when Roger named it the best film of the 1990s with Martin Scorsese. Roger loved “Hoop Dreams”. It’s really hard not to love it with him.