We are in a glorious era of auteur-driven comedies, inspired partly by the genre-busting done by Louis C.K. in the best years of “Louie” and a realization that the half-hour format has become just as malleable as the hour-long. And so we have shows like “Atlanta” and “Insecure” that are playful in structure and tone, along with being products of singular voices Donald Glover and Issa Rae. Add to this increasingly strong category the second season of Netflix’s best show, “Master of None,” returning this Friday in its ten-episode entirety. It’s a hysterical, complex, gorgeous season of television, one that builds on what creators Aziz Ansari & Alan Yang accomplished in the first year in unexpected ways. It is a five-hour arc that is both totally unpredictable and character-driven at the same time. Ansari is willing to venture off the standard sitcom path like an author who devotes a chapter to a previously-unmentioned character only to tie it back in thematically to the overall piece. It is a work of art that connects both moment to moment, many of which are as funny as anything I’ve seen on TV this year, and something that works as a comprehensive whole. I just love it. 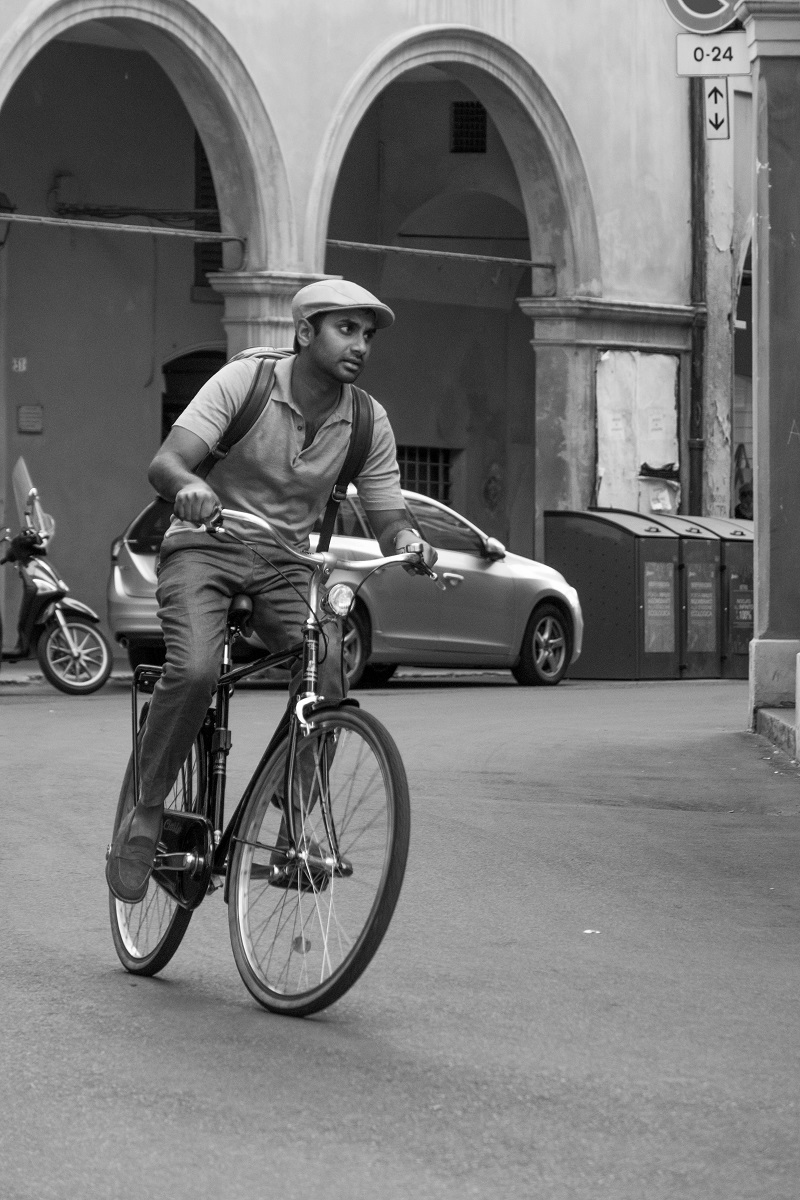 We rejoin Dev, played by Ansari, in Modena, Italy, of all places, where he’s learning how to make pasta from scratch from “an actual grandma” and having his “Under the Tuscan Sun” moment. The premiere, shot in black and white, plays more like an independent film comedy than anything I’ve seen on television in ages (maybe since the best “Louie” episode, the two-parter “Daddy’s Girlfriend”). It contains the nuggets of a sitcom—a surprising dinner date, a stolen smartphone—but they’re laced with Ansari’s unpredictable wit and remarkable amount of heart. It’s a love letter to small town life in Italy as well as a commentary on an American trying to avoid his past heartbreak. Almost every single episode of the second season of “Master of None” could justify this kind of “short film” breakdown. Whether it’s a chapter about Dev and Arnold (Eric Wareheim) attending an Italian wedding, a wonderfully experimental episode about life in New York, or the history of Dev & Denise (Lena Waithe) told entirely through the Thanksgiving dinners they’ve had together, each half-hour has standalone power and yet somehow feels of a whole piece at the same time.

The balance of comedy and character in “Master of None” is what’s really breathtaking about this show. As much as I loved it, there were often times, especially in the last couple seasons, where “Louie” cared so little about making viewers laugh that it basically stopped trying. “Master of None” has incredibly deep material about identity and the human need for relationships, but it’s also flat-out hysterical. I could watch Dev and Arnold eat their way through Italy like some Winterbottom “Trip” movie for hours. The fourth episode, in which we see Dev on various first dates, intercut with stunningly perfect editing, isn’t just an insightful commentary on the pitfalls of modern dating but it’s also the funniest one to date. Every episode of this show produces both laughter and food for thought, and it’s the ability and effort to do both that makes it so remarkable. It is never funny OR insightful—it is often both in the same moment, and that’s something only our best writers can do. We have seen so many TV shows that remind us of great dramatists in film and television, but how many that remind us of Woody Allen, Noah Baumbach and Wes Anderson?

We are in such an overcrowded era of Peak TV that a show like “Master of None” may not get the attention of more highly-esteemed dramas such as “Fargo,” “The Leftovers,” “American Gods,” etc. But Ansari's show belongs in that category of acclaim, near the top of any conversation about the best programs on TV.