As the recent Emmy nominations made clear, cable networks and streaming services are dominating the cultural conversation when it comes to television. While new nominees like “Stranger Things,” “Westworld,” “The Crown,” and “The Handmaid’s Tale” earned dozens of nominations, the broadcast networks were left with essentially one representative, NBC’s “This is Us.” It’s the lone outlier in a system that seems to increasingly favor everything but the big five who used to be the kings of the hill. And one can see the impact that this has had on networks like ABC and NBC, desperate to find a hit, critically or commercially. As someone who has been doing this for almost 20 years, it’s fascinating to watch the cultural shift take place as the networks openly try to mimic what’s worked on their more successful cable competitors. And so we get a show like “Midnight, Texas,” which would have been relegated to basic cable a decade ago and which feels like a blatant attempt to copy something that was already successful on HBO. Charlaine Harris’ books became a hit for HBO in the form of “True Blood.” Let’s just do it again on NBC! 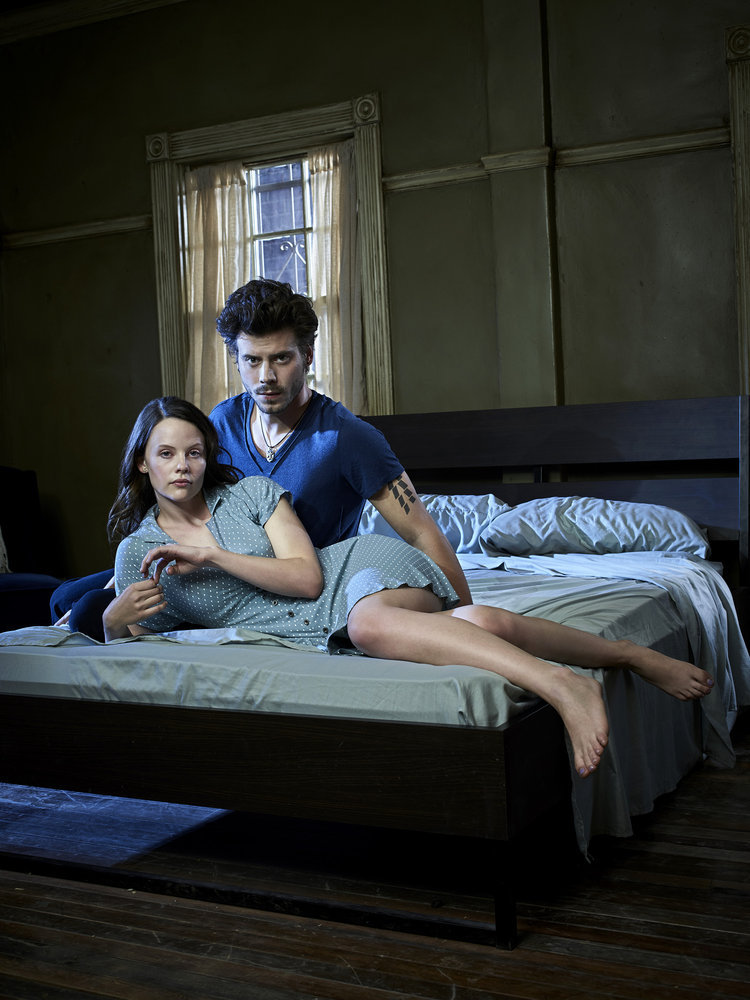 At its best, “True Blood” was a sexy, mysterious, blood-drenched soap opera. That’s a tough thing to pull off on NBC in 2017 and to say “Midnight, Texas” doesn’t get there would be an understatement. It’s the tame version of something you grew tired of on HBO years ago. And that’s putting it politely. There’s no energy here—sexual, supernatural, mystery. It’s just remarkably flat despite a talented cast doing everything in their power to make it interesting. I believe the source material was probably thoroughly entertaining. The show is not.

Francois Arnaud (“The Borgias”) plays Manfred, who is essentially like the adult version of the kid from “The Sixth Sense.” He uses his power to talk to dead people to make some money as a medium for lonely, still-living souls to hear from their loved ones. He also spends a great deal of time talking to his dead grandmother, getting her advice. She recommends he move to a small town called Midnight, which is kind of like Sunnydale (“Buffy the Vampire Slayer”) in its recurrence of supernatural activity and proximity to “the other side.” It’s a town of outcasts, including a literal angel (Jason Lewis), a centuries-old vampire (Peter Mensah), a mysterious assassin (Arielle Kebbel), and a reverend with a secret (Yul Vazquez).

The first few episodes introduce us to this odd cast of characters, who are all, well, not quite odd. For a show about a town of people with supernatural backgrounds, “Midnight, Texas” is stunningly routine. Perhaps we have just gotten too used to the genre, but “Midnight, Texas” takes no risks. Even a show like the underrated “Supernatural” has found ways to tweak the formula in ways that “Midnight, Texas” feels afraid to do. It doesn’t help that Arnaud isn’t an engaging lead, but it’s more a world creation problem here in that none of this has enough personality. It’s a show about vampires, shapeshifters, assassins, and mediums that still finds a way to be boring. That’s almost an accomplishment. Just not the kind the broadcast networks used to be known for.