Margaret Mitchell: Her own brand of rebel

PBS's "American Masters" presents "Margaret Mitchell: American Rebel" and "Harper Lee: Hey, Boo," back-to-back documentaries about two white American women who won Pulitzer Prizes for their first and only best-selling novels, Monday, April 2 beginning at 9 p.m. (Check local listings.) Both will be available via PBS On Demand and are currently on DVD. 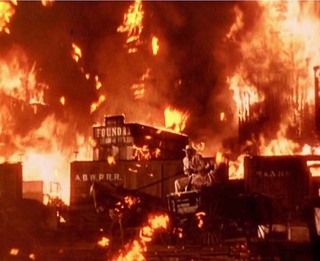 If you're hoping for the whirling of petticoats, a colorful Virginia reel and the coquettish fluttering of lashes on the old plantation, you might be surprised by American Master's "Margaret Mitchell: American Rebel." By rebel, director Pamela Roberts doesn't just mean Johnny Reb. On the other hand, if you hope that the author of Gone With the Wind is burning in hell for conjuring up a romantic fantasy of slavery and antebellum plantation life, you might be surprised. Mitchell was a wild young woman who did some shocking dances in her day, but eventually settled down and did good in ways that benefited the citizens of her hometown Atlanta and beyond. 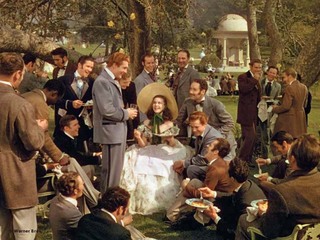 What could be rebellious about a woman who romanticized a plantation lifestyle in which women were raised to be pretty ornaments and good wives in her 1936 novel of the Old South, "a civilization gone with the wind..."? Today, millions of women still live out their Scarlett O'Hara fantasies at their weddings with hoop-skirted bridal gowns, and through Civil War or Southern ball re-enactments. Not so many line up to portray slaves. The documentary uses many clips from the blockbuster 1939 movie, contrasted with photographs of Mitchell in her own wild youth. Even as one might enjoy the sweeping romance of the motion picture epic and attempt to ignore the racism, I suspect most people are more politically sympathetic with Alice Randall's 2001 parody The Wind Done Gone, which re-imagined Mitchell's story from the slaves' point of view. 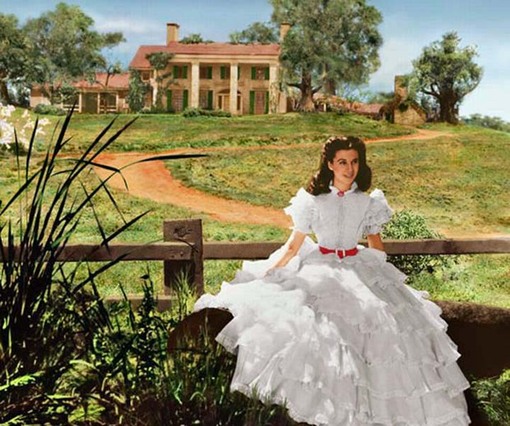 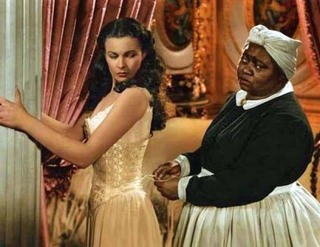 As a child, I was entranced by the movie about an American "princess" of the South who lost her kingdom and her love, but wasn't going to give up. Yet the charm of GWTW lessened as I grew older and considered the system of segregation and slavery that supported this luxurious life. Still, that hasn't kept me from participating in the Virginia reel, a dance immortalized in GWTW. In some circles a corset is almost a de rigeur fashion accessory. Being constricted for a few hours to get that 19-inch waist isn't healthy, but neither are some modern body-contorting fashion hazards. 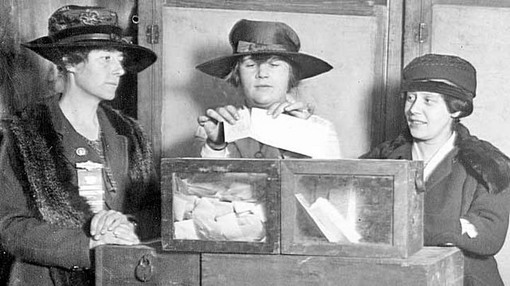 In the documentary, we're told that Mitchell, like Scarlett, was "beautiful and brash. Like Scarlett she had gumption." Part of that gumption came from being allowed to be different. The daughter of a suffragist, she began wearing pants, but not as a matter of protest. Mitchell's skirts caught fire when she was three and her mother, Maybelle, decided pants were more sensible. In 1903, that just wasn't done. Mitchell, unrestricted by her clothing like other girls, was called Jimmy, hung with the boys and played baseball. 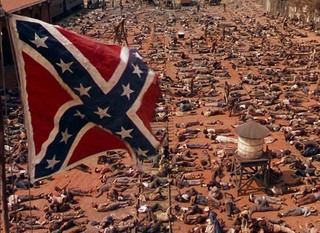 During this time, Atlanta, Georgia was a city that was rising from the ashes of the Civil War and Reconstruction like a phoenix. The Civil War lasted from 1861-1865 but consider how long it's taking New Orleans to recover from Hurricane Katrina with modern machinery and then think back to the 1900s. Mitchell's mother used a tour of the bitter reminders of Sherman's March to the Sea -- burned out plantations and deserted mansions -- as a cautionary tale. Mitchell recalled, "On Sunday afternoons when we went calling on the older generation of relatives, those who had been active in the Sixties, I sat on the bony knees of veterans and the fat slippery laps of great aunts and heard them talk." 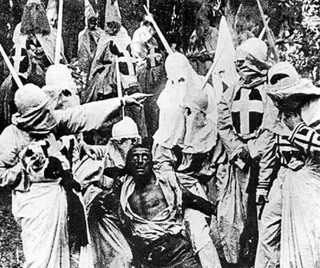 These history lessons were personal and biased -- she didn't know until she was ten that the South lost the war -- making Mitchell a product of her times, progressive as she thought she was. Her impressions were also shaped by D.W. Griffith's 1915 Civil War spectacular "The Birth of a Nation," the highest grossing film of its time, which helped bring about a revival of the Ku Klux Klan. Mitchell saw the KKK as heroic. So it should be no surprise that when she went away to Smith College in Massachusetts, she refused to be in a class with a black student. We might cringe now, but she didn't see herself as racist. 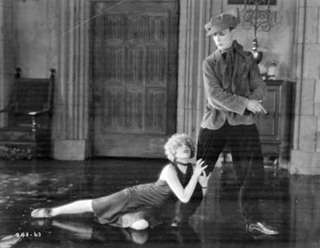 During her first and only year at Smith she also lost her first love to World War I, and a year later in 1919 lost the guidance of her steely mother who died from influenza. Leaving Smith after finishing her freshman year, Mitchell became a flapper, scandalizing Atlanta by performing a so-called French Apache dance -- a dance somewhat inspired by the risqué tango, popularized by Rudolph Valentino. It was not the stuff of debutante balls. The media attention gave Mitchell her first taste of fame, but she was blackballed. Here you begin to feel Mitchell's strength of character although her need for attention might amuse or repel.

This social freeze-out didn't slow Mitchell, who wound up in a disastrous marriage. She was the wage-earner, starting her journalism career, but she soon divorced, and made a steadier second marriage with John Marsh, who encouraged her to write the novel that became GWTW and was its initial editor. 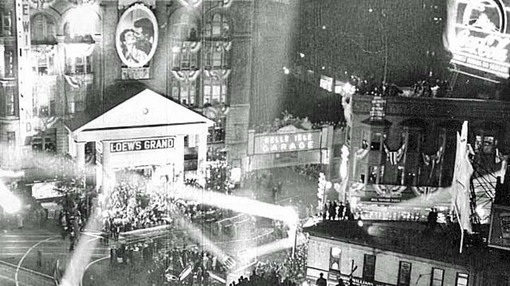 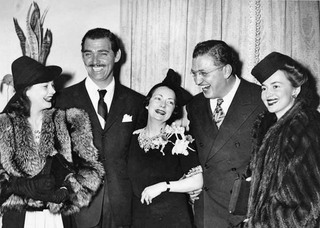 Domesticated by her marriage and even more so by a leg injury that didn't heal properly, forcing her to wear ugly orthopedic shoes and give up dancing and her job, Mitchell wasn't finished being a rebel. Even after the publication of her novel and the adulation in Atlanta when the movie premiered, she continued to evolve, especially in her understanding of race relations. The black stars of "Gone with the Wind" were prevented from joining the white stars due to Georgia's Jim Crow laws that prohibited whites and blacks from seeing a movie seated together -- something that almost led Clark Gable to boycott, but when the movie went on to win 10 Oscars, Hattie McDaniel became the first African American to win an Oscar. "GWTW" would surpass "Birth of a Nation" as the highest-grossing American film, until the more politically correct "The Sound of Music" came along in 1966.

These events and the criticism of how racial matters were portrayed in both the book and the movie must have made an impression on Mitchell. She remained a rebel, but this time in secret. I won't spoil the surprise, here, but its revelation is reason enough to watch this documentary. While the film doesn't touch on how the estate of Margaret Mitchell sued Randall for copyright infringement, you can't help but wonder what Mitchell would have felt about the terms of the settlement. 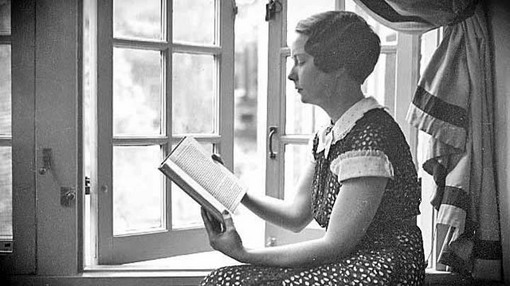 Presented in chronological order, with talking heads that include historians and writers both black and white, the documentary provides commentary from both sides of the race issue and a good cultural perspective despite the limits of the one-hour format. Slowly I felt my sympathies drawn to Mitchell, whom I had previously pictured as a dowdy housewife and rampant romantic racist. 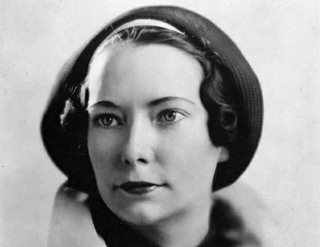 "Margaret Mitchell: American Rebel" shows how, before her untimely death at 48 in 1949, Mitchell was changing from the girl who walked out of a classroom at Smith to avoid having a black classmate to a woman who saw times were changing and helped them change. Her book wasn't meant to be about race and segregation, but about how some people faced adversity with "gumption" and others did not. If you keep your mind open, you might not learn to like Gone with the Wind, but you might learn to like the person who was Margaret Mitchell. Mitchell's rebel secret is something I'll remember next time I kick up my heels in a Virginia reel.

Watch Is Gone With The Wind Literature? on PBS. See more from The Arts.

Watch Gone With The Wind: The Grand Premiere on PBS. See more from The Arts.