There is so much quality television out there nowadays—with the promise of even more on the horizon with fascinating series like HBO’s “Vinyl,” Netflix’s “The Get Down” and even FX’s “American Crime Story”—that an anachronism like FOX’s “Second Chance” feels even more insulting. When you’re being fed increasingly high-caliber food, finding something on your plate that’s rancid brings an even greater shock value. That’s a good way to describe my response to “Second Chance.” It’s shocking that a show with this much talent involved in 2016 could be this ineffective, this inept and this awful. It’s one of those projects that one truly hopes gets canceled soon, not to hurt the careers of anyone involved in any way, but so that they can move on to better things.

FOX has basically patented the high-concept procedural show. “Sleepy Hollow” and “Minority Report” are essentially case-of-the-week shows, but they feel like they're twisted just enough that they could emerge from nowhere else than FOX. To that end, “Second Chance,” which is kind of a hybrid of “Self/Less,” “Robocop” and “Law & Order,” fits on this network that often thinks outside of the box more than its network counterparts. In some ways, that’s what makes “Second Chance” so disappointing. The idea isn’t horrendous, and it’s on the only broadcast network where I think it could work. The execution on the other hand? Shocking.

75-year-old Ray Pritchard (Philip Baker Hall) is a hard-drinking, bitter, retired detective who barely gets out of his chair anymore. His son, FBI Agent Duval Pritchard (Tim DeKay), tries his best to reach out to the grumpy old man, but there’s not much of a relationship there anymore, even though Jimmy clearly feels some affection for his granddaughter. The younger Pritchard is working a case of corruption—although not working it hard enough, according to dad. It turns out his father may have a point when the bad cops that Duval was investigating go and kill the poor guy, throwing him off a bridge. 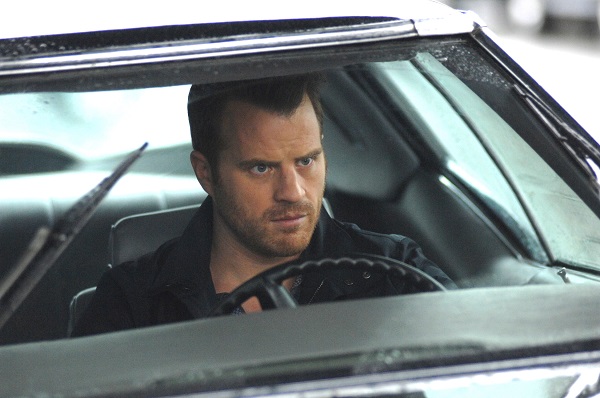 Meanwhile, billionaire tech twins Mary (Dilshad Vadsaria) and Otto Goodwin (Adhir Kalyan) are developing a breakthrough technology. They have figured out how to transplant someone into an entirely new body (a la “Self/Less”). And it turns out that Pritchard is the ideal candidate. They give him a younger, better, stronger version of himself (played now by Rob Kazinksy), and Ray gets a new life. He has to regularly return to the Goodwins for treatments to keep the “transplant” from falling apart, and it turns out that the twins only did this to use his blood to cure her incurable cancer. I didn’t even mention that Otto is a recluse, or that the twins have developed their own language.

It wouldn’t be enough to have a septuagenarian with a new chance to solve crimes and build a rift with his family—they also need to make him a Robocop-esque physical machine. He can punch through walls and leap from buildings. In his opening moments, he jumps out a window, and runs to help save his son’s life, but he gets distracted by a young woman jogging (remembering that his new body has some other uses as well).

“Second Chance” is so self-serious at times that it verges on parody, especially in every overwritten scene with the twins. The writing is atrocious, the production values are subpar, and there’s not a single good performance. Even DeKay, so charming on “White Collar,” looks adrift in a show that’s more concept than execution. I often try to find something nice to say about a new show, but I’m stumped on “Second Chance.” There’s not a performance I like (but several I hate) and there are some scenes that are so poorly written and constructed that I shook my head. Peak TV this is not. It’s not surprising to me that FOX is burying it before the premiere of “The X-Files,” a show that people may actually pay attention to and is likely to get the bulk of the promotion over the upcoming football postseason. The end of the series premiere of “Second Chance” makes almost no sense at all, and subsequent episodes, what I could take of them, didn’t seem to improve the show. There’s so much interesting TV coming up that it will be easy to move on from “Second Chance” quickly and forget it ever happened. Don’t even bother with a first chance.