There’s an interesting social study buried inside HBO’s Danny McBride comedy “Vice Principals.” In the latest extension of McBride’s sense of humor honed on “Eastbound & Down,” the actor plays a boorish oaf, an asshole to be sure, but the kind of guy trying to keep his daughter happy and rise the ladder at a job he loves. He’s essentially partnered with a similarly rude character played by Walton Goggins, but the star of “Justified” takes the surly behavior to sociopathic levels. There’s a difference between a jerk and a sociopath—something also deftly explored in co-creator Jody Hill’s “Observe & Report”—and when McBride and Goggins play with that difference, “Vice Principals” can be pretty clever. Sadly, it doesn’t happen enough, and “Vice Principals” is primarily a variation on “Eastbound & Down,” often enjoying and mocking its characters violent, obnoxious behavior. The result is a show with occasional laughs but lacking the freshness of the first season of “Eastbound & Down,” and the consistently funny plotting of the best episodes of that show. Even just over the first few episodes, “Vice Principals” already feels like it’s spinning its wheels. 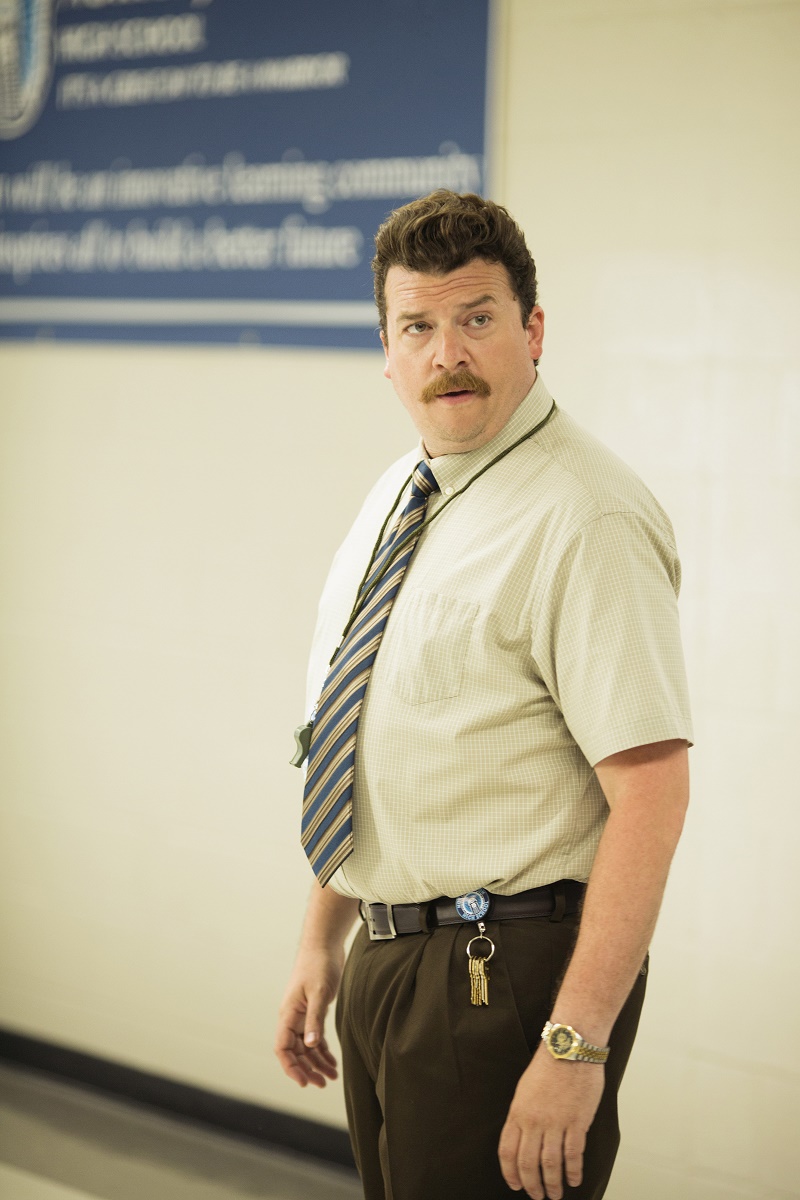 McBride plays Neal Gamby, a vice principal at a school where the current principal (a bizarrely muted cameo by Bill Murray) is stepping down to take care of his sick wife, leaving Gamby and his colleague Lee Russell (Goggins) to fight for his job. And fight. And fight. When a different candidate gets the job, Gamby and Russell join forces to destroy her, ruining her life because she dared take a job they wanted. At the same time, Gamby has to deal with an ex-wife named Gale (Busy Phillips) and her new beau Ray (Shea Whigham), the kind of characters in McBride’s world who are perfectly normal and nice but mostly just scratching posts for Gamby’s insanity. McBride also tacks on a love interest in a fellow teacher named Amanda (Georgia King) who Gamby essentially stalks, even though she shows no interest. As would be the case in the real world, no one likes Gamby. He’s a superficial, selfish moron. However, Russell makes friends with all of his colleagues and generally gets along with the public and students, even though he hides a much darker side than Gamby. Again, the most interesting aspect of “Vice Principals” is not how similar Gamby and Russell are but how their crucial differences say something about their characters.

Some might argue that I’m grasping at thematic straws in an effort to make “Vice Principals” more interesting than it otherwise would be. Some might be right. For the most part, “Vice Principals” is about men behaving badly—trashing the new principal’s house or stalking the pretty teacher on a school field trip. Yes, there are men in positions of power at schools all across this country who are likely just as immature and insecure as the teenagers whom they have power over. “Vice Principals” tries to milk as much as possible out of that idea—grown men acting like petulant children when they don’t get what they want—and your enjoyment will depend greatly on how patient you can be with McBride’s brand of humor. Hardcore fans of McBride and Hill (and even Goggins, who’s always great and the best thing about this show) will overlook the familiarity just to have their favorite comedian back. But “Vice Principals” is unlikely to win over anyone not already converted.