"A truly good movie is interesting and easy to understand."
-Akira Kurosawa

There's something in that statement from one of history's best directors that applies to both "Ikiru" and "The Apu Trilogy," both recently released on Blu-ray from The Criterion Collection, and two releases that should be at the top of the list for cinephiles for whom you're doing any sort of holiday shopping. They are both "easy to understand." Both films capture what Roger meant when he spoke of cinema as an empathy machine, a way of transporting viewers to lives they may not otherwise know anything about. And both films tap into the universal qualities of what it means to be human across gender and nationality. On a practical level, I know little about the daily lives of the characters in "Ikiru" and "Pather Panchali," and yet filmmaking makes their stories resonate. I see myself in people with whom I have nothing in common, and their stories teach me something about myself. In many ways, that is cinema's greatest gift. Akira Kurosawa's "Ikiru" and Satyajit Ray's "The Apu Trilogy" are timeless. More than ever, they feel like works that will outlast us all. And the Criterion Collection has given them Blu-ray releases that reflect their earned stature. 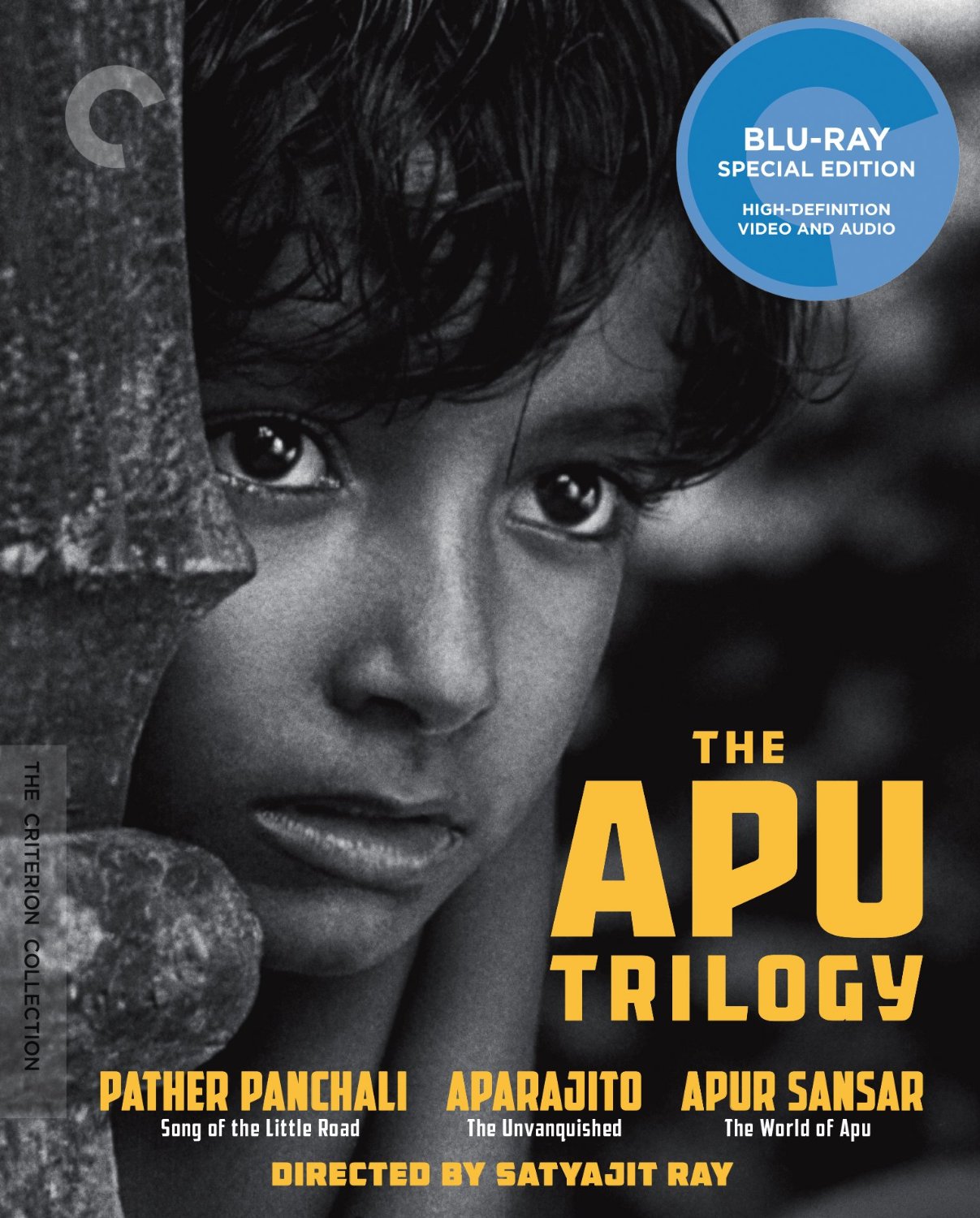 "The Apu Trilogy" is the more remarkable set in that it's joining Criterion for the first time ("Ikiru" was released on DVD and is getting the Blu-ray upgrade treatement with a new 4K transfer and new subtitle translation). The restorations of "Pather Panchali," "Aparajito" and "Apur Sansar" were so detailed and remarkable that the films were even shown theatrically earlier this year. Steven Boone and I took the chance to write more about those restorations and the power of the films then. Read that here and here's an excerpt:

"There isn't much new to say about a series that many consider like a loved one, except that they feel new each time—precisely the feeling of wonder and fluttering anticipation you feel when going to meet someone you adore. Apu, his sister Durga, his father Harihar and his mother Sarbajaya haven't aged a day, and the particulars of their story continue to yield astonishing surprises."

Roger also wrote about "The Apu Trilogy" on several occasions, inducting it into the Great Movies pantheon, writing:

"The great, sad, gentle sweep of "The Apu Trilogy" remains in the mind of the moviegoer as a promise of what film can be. Standing above fashion, it creates a world so convincing that it becomes, for a time, another life we might have lived. The three films, which were made in India by Satyajit Ray between 1950 and 1959, swept the top prizes at Cannes, Venice and London, and created a new cinema for India—whose prolific film industry had traditionally stayed within the narrow confines of swashbuckling musical romances. Never before had one man had such a decisive impact on the films of his culture."

"This is Ray's first film, and it is amazing." So says Mamoun Hassan in a fantastic, detailed examination of "The Apu Trilogy" included in the amazing array of special features on the Criterion release. Hassan, the former head of the British Film Institute, breaks down the movies beat by beat, with such attention to detail that you further appreciate the filmmaking in new ways. It's one of over a dozen new special features, including:

New 4K digital restorations of all three films, undertaken in collaboration with the Academy Film Archive at the Academy of Motion Picture Arts and Sciences and L'lmmagine Ritrovata

Excerpts from the 2003 documentary "The Song of the Little Road," featuring composer Ravi Shankar

"The Creative Person: Satyajit Ray," a 1967 half-hour documentary by James Beveridge, featuring interviews with Ray, several of his actors, members of his creative team, and film critic Chidananda Das Gupta

Footage of Ray receiving an honoary Oscar in 1992

New programs on the restorations by filmmaker kogonada

Plus: A booklet featuring essays by critics Terrence Rafferty and Girish Shambu, as well as a selection of Ray's storyboards for "Pather Panchali"

"Ikiru" is as ageless as "The Apu Trilogy," a film that still devastates viewers over six decades after its release. Akira Kurosawa is an internationally renowned master, but it's often for his sweeping epics or period pieces. Personally, I think the club scene, in which the protagonist of "Ikiru" sings a lament for a life not really lived, could be Kurosawa's greatest single filmmaking moment. It is a sequence of a man expressing his regret for the first time in his life. You can see the lost sadness in his eyes. You can hear it in his voice. You can see what it's doing to the rest of the room. You can see the cultural issues and internationally relatable ones in a single moment. It is breathtaking. 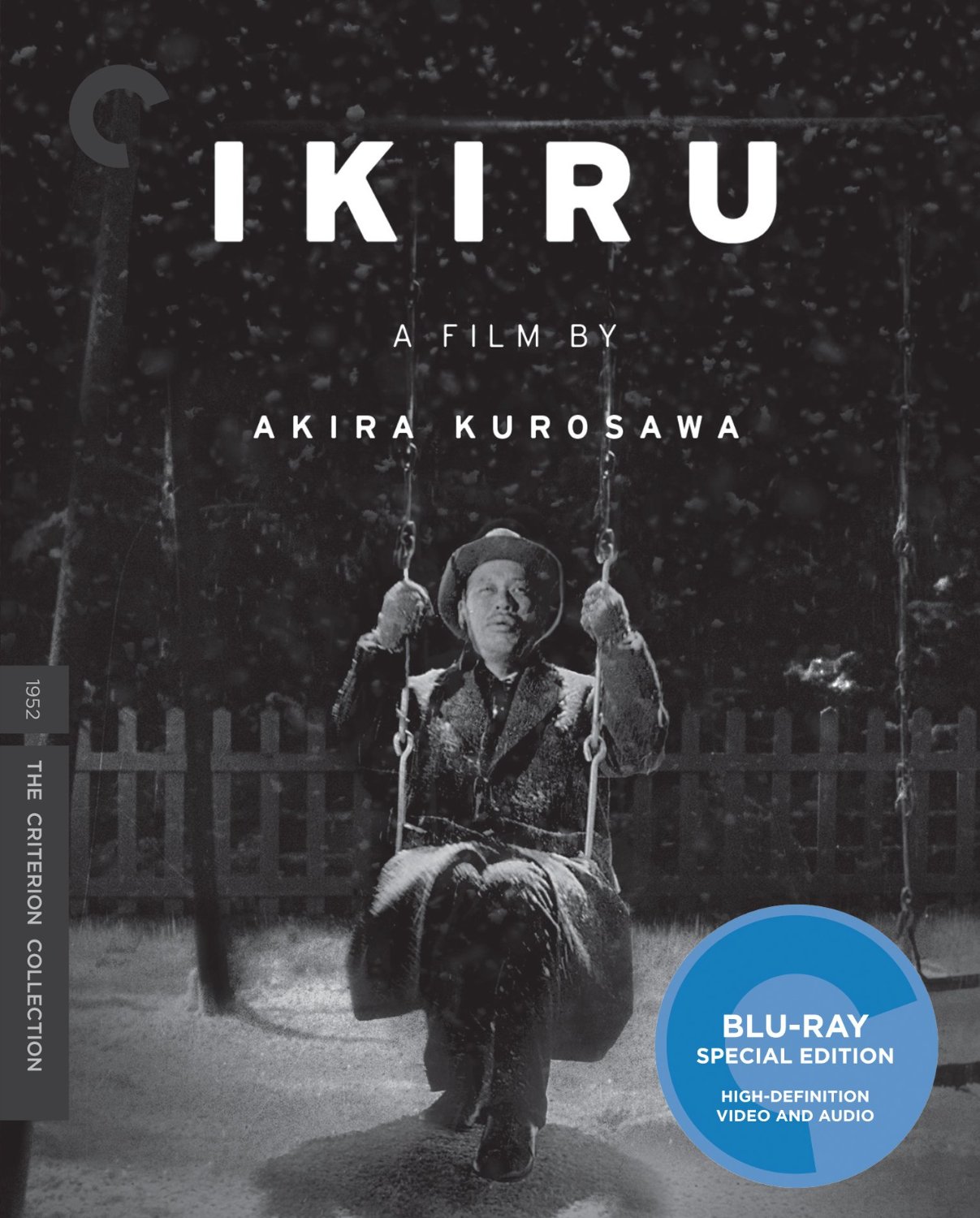 Roger wrote about "Ikiru" when he inducted it into Great Movies:

"I saw 'Ikiru' first in 1960 or 1961. I went to the movie because it was playing in a campus film series and only cost a quarter. I sat enveloped in the story of Watanabe for 2 1/2 hours, and wrote about it in a class where the essay topic was Socrates' statement, "the unexamined life is not worth living."' Over the years I have seen 'Ikiru' every five years or so, and each time it has moved me, and made me think. And the older I get, the less Watanabe seems like a pathetic old man, and the more he seems like every one of us."

"Ikiru" includes the following special features, all of which are interesting to their own degree, but it's the movie here that really speaks for itself:

Audio commentary from 2003 by Stephen Prince, author of "The Warrior's Camera: The Cinema of Akira Kurosawa"

A Message from Akira Kurosawa: "For Beautiful Movies" (2000), a ninety-minute documentary produced by Kurosawa Productions and featuring interviews with the director

Documentary on "Ikiru" from 2003, created as part of the Toho Masterworks series Akira Kurosawa: "It Is Wonderful to Create," and featuring interviews with Kurosawa, script supervisor Teruyo Nogami, writer Hideo Oguni, actor Takashi Shimura, and others

PLUS: An essay by critic and travel writer Pico Iyer and a reprint from critic Donald Richie's 1965 book "The Films of Akira Kurosawa"