“Yardie” tells the story of a Jamaican immigrant in London who becomes consumed with avenging the murder of his older brother. The title refers to the slang term for a Caribbean expatriate, usually of Jamaican origin. The film is the directorial debut of actor Idris Elba, who stays behind the camera though his onscreen presence would not be out of place here. One can easily see him in Sheldon Shepherd’s role as King Fox, the crime boss/mentor of wannabe music performer D (Aml Ameen). Elba’s skills as a helmer are not yet as refined as his considerable acting chops, but his firsthand knowledge of London’s Hackney borough gives the film a lived-in feeling, a sense of intimacy that registers onscreen in both quiet and violent moments.

But while “Yardie” often achieves a visual poetry due to Elba’s real-life expertise (he’s from Hackney and his DJ background influences the film’s dancehall sequences), the film is saddled with an extraneous narration that mercilessly distracts the viewer. Perhaps Elba felt the need to underscore what he’s showing us, but it has the effect of being in the theater with a patron who’s seen the film already and is yelling out what’s going to happen next. It’s enough to sink the movie. Additionally, the adaptation of Victor Headley’s book by screenwriters Brock Norman Brock and Martin Stellman focuses more on genre expectations than the symbolic and cultural manifestations of loss that haunt the characters.

The story is told from D’s perspective. We first meet young D (Antwayne Eccleston) in 1973’s Jamaica. D’s older brother Jerry Dredd (Everaldo Creary) is a well-known selector whose musical prowess was so respected that he’s allowed to broker a truce between the two warring factions tearing his neighborhood apart. In their short time together, Eccleston and Creary credibly create the relationship that will drive the rest of the story. D looks at Jerry Dredd with the idolized awe of one who thinks his older brother is powerful enough to change the world. D wants to someday be the singer carrying Jerry Dredd’s music to the masses. That dream is shattered when Jerry Dredd is suddenly shot down during his peacemaking rally by a teenager named Clancy (Raheim Edwards). “Him a boy who want to be a man,” narrates the adult D.

Though the truce fails due to Jerry Dredd’s death, one of the gang leaders ultimately prevails. Fast-forward ten years and Ameen’s version of D is working for the winner, King Fox. King Fox deals drugs and D is his number one runner. But D is fixated on avenging his brother’s murder, an obsession heavily laced with a spiritual guilt based on Jamaican legend: D violated the rituals of Jerry Dredd’s memorial service and believes that his indiscretion has condemned his brother’s spirit to roam the Earth as a vengeful ghost called a duppy. D believes the only way to free Jerry Dredd’s soul is to avenge him.

This makes D a hot-headed liability for King Fox. After D causes one too many problems, King Fox sends him to London to lie low and deliver drugs to Hackney-based crime boss Rico (Stephen Graham). This puts D back in contact with childhood sweetheart Yvonne (Shantol Jackson). After giving birth to their daughter, Yvonne left her “yard” in Jamaica for a better life in London. Now a nurse, she’s uninterested in returning to the more dangerous places of her youth. When D shows up, she’s wary that he’s bringing that life back to her. Her worries are not unfounded. Jerry Dredd’s killer is now working for Rico.

In the Hackney-based section of “Yardie,” Elba and cinematographer John Conroy harken back to the look of the British crime dramas of the early '80s. Additionally, we feel totally immersed in the neighborhood—Elba’s informed sense of place and community is strongly felt in both of D’s locales. When D becomes involved with a soundclash crew who wants to battle Rico’s musical crew, the musical scenes have a kinetic energy that’s surprising for a directorial debut. In those scenes, Elba’s playing to his strongest suits. He also gets good performances from Ameen (despite that blasted narration) and Jackson, who gets the film’s best scene when she confronts Clancy herself.

Unfortunately, we’re still beholden to the revenge story trappings and the expected beats. When “Yardie” tries to weave the concepts of Jamaican superstition and beliefs into these standard tropes, the result is intriguing yet ultimately unsatisfying because it feels half-formed. The film never fully embraces the notion that faith can influence someone in irreversibly damaging ways, making the ending less powerful than it intends to be.

With its idea of Jamaican music being a means of elevation and an alternative to crime, “Yardie” evokes thoughts of Perry Henzell's “The Harder They Come,” which was made the same year D’s story begins. That superior film, starring Jimmy Cliff, is an influential masterpiece that far better expresses the final thoughts spoken by D at the end of “Yardie.” Though not entirely successful, this makes me look forward to what Elba does next behind the camera. 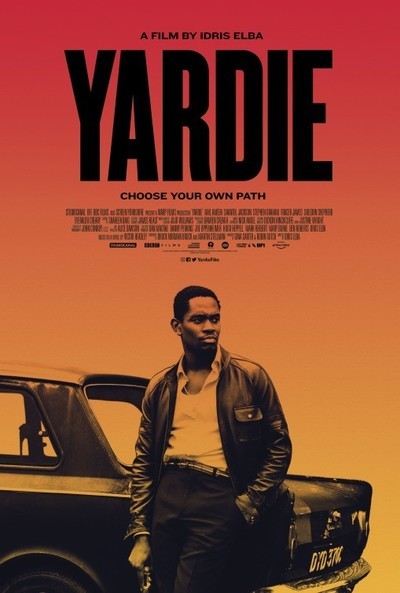