“Working Woman” tells a story that's timely yet timeless. Like countless before her, a woman finds her career caught in the vices of her boss’s desires because she needs to provide for her family. Even as she tries to reassert control in the office, she feels powerless at home, unable to talk about it with her husband, blaming herself for the situation and wrecking her body and mind over what happens. It is a story we’ve likely heard of or seen before, yet under Michal Aviad’s sympathetic lens, it’s one that stands out with a sense of urgency.

Orna (Liron Ben Shlush) is a busy mother of three returning to the Isreali workforce to help out her husband as he gets his restaurant off-the-ground. By chance, Orna lands a job with her old military captain, Benny (Menashe Noy), and she joins him in the real estate business. She advances quickly as a sales agent with her excellent negotiation skills, and despite some trouble at home, her future looks bright until her boss takes a liking to her beyond their professional relationship. He has the power to derail her career and destabilize her family.

Aviad perfectly captures the sense of dread, trauma and anguish over finding yourself in this trap. The tension from home shifts into tensions at work, all while Orna tries to keep on a brave face as her boss slowly escalates his harassment. The movie is never overwrought with emotion, but Orna’s silence is just as heavy and weighted. The camera sees her suffering like no one else does. Her boss does not see her humanity or listen to her insistent “no’s.” Her husband, Ofer (Oshri Cohen), cannot see her problems over his own. There’s a stifling, isolating silence that surrounds this movie like a choked back sob behind your computer at the office.

For as much emotion as there is around her character, Shlush’s heartbreaking performance feels hauntingly even-tempered. Far too many of us recognize the risks in speaking or acting out, like losing your job or tarnishing your hard-earned professional reputation. The audience watches her transform from a confident businesswoman to a person who’s terrified of coming into work. In the morning, Orna steels herself in her kitchen for whatever her boss may put her through in-between nervous sips of coffee. Her behavior at the office becomes more flighty as she loses trust in her boss. Like many before her, she blames herself for what’s happening. Panic attacks leave her running outside for air, nightmares keep her up at night—they’re all symptoms of the same problem. It’s infuriating and “Working Woman” wants you to feel that righteous anger.

Aviad and cinematographer Daniel Miller frame Orna’s existence as an everyday woman. In many of the isolated scenes with Benny, the sun is missing or kept out and the office they share is that minimalist Ikea white. There are a few sunny lens flares at the family home, or whenever Orna escapes Benny, underlining her struggle to escape his clutches. The scenes appear warmer whenever she feels safer. Forgive the spoiler, but the most haunting shot of “Working Woman” happens in a hotel room, in one long take where Benny closes in on Orna. The camera moves backward, distancing the viewer from the violence, in the way some of our minds “check out” or remove themselves from our bodies in the moment of panic.

It’s difficult to judge what any of us would do in that situation until it happens, but the movie doesn’t judge Orna for her actions. For some audience members, she will have done all the right evasive maneuvers we’ve been taught to politely turn down aggressive men, and yet she is still punished. Others will think she didn’t do enough to stop him. The debate around sexual harassment is one many are having around the world, far beyond hashtags and press releases. “Working Woman” is a part of that global and cultural conversation, yet it never loses that personal focus of one woman’s experience. 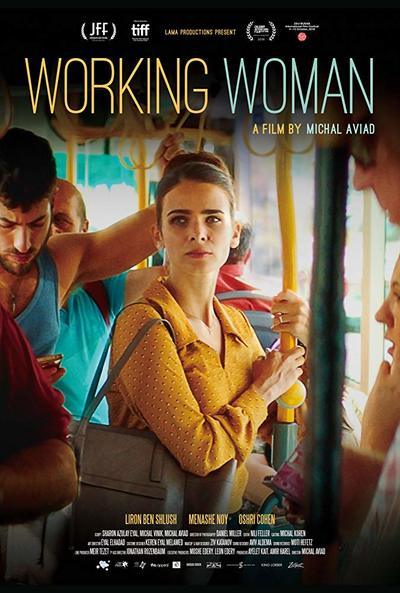