An intriguing film named “Wolfen,” which is not about werewolves but is about the possibility that Indians and wolves can exchange souls, has crept stealthily into several Chicago theaters. Despite the fact that it stars Albert Finney, was directed by Michael Wadleigh (“Woodstock”), and is an uncommonly intelligent treatment of a theme that is usually just exploited, the movie arrived without much advance publicity. If the subject interests you, move fast, before “Wolfen” closes.

The story begins with the mysterious killing of a politician, his wife, and their chauffeur. There are lots of suspects and lots of motives, but the clues are puzzling: the bodies were slashed to ribbons, but apparently not with blades of any known metal. Could the wounds have been caused by teeth?

Albert Finney, a cop with assorted psychological problems, is put on the case, teamed up with another officer (Diane Venora). They begin to gather a fact here, a hunch there. Could wolves have done this damage? Scientists discover wolf hairs on several of the dead bodies that begin to turn up. But wolves are supposed to be extinct in the East, and certainly within New York City.

The movie intercuts the police investigation with imaginative scenes shot from the wolves' point of view. These are fast-moving tracking shots; the camera swoops down streets at the eye-level of a wolf, pausing, taking cover, following one track and then another. Wadleigh suggests a wolf's senses with special optical effects in which objects with a scent also seem to shimmer.

The movie's narrative style is brooding. Finney comes into contact with an assortment of eccentric people (scientists, cops, morgue attendants, pathologists), and the trail eventually leads to a group of American Indians employed as high-steel workers. There is a breathtaking confrontation to top of a bridge. What do the Indians know about wolves? Is it possible that they practice ancient rituals to turn into wolves? Or do they just share spiritual communion with them?

“Wolfen” develops a strong, angry theme about ecological and human waste. We learn that the wolves make their headquarters in a ruined section of the South Bronx that resembles a bombed-out wasteland. Their original victim, the politician, had just visited there for a groundbreaking ceremony, vowing to "renew" the area. In killing him, the wolves are merely exercising their territorial imperative.

What is perhaps most interesting about “Wolfen” is that the story remains plausibleÑgiven its basic assumptions, of course. This is not sci-fi, fantasy or violent escapism. It's a provoking speculation on the terms by which we share this earth with other creatures.

This seriousness reportedly did not impress the releasing studio, United Artists, which would have preferred a sleazy exploitation picture (and is releasing “Wolfen” as if it were one). That's a shame. Love, thought, care and craftsmanship have gone into this film, which is now, so to speak, being thrown to the wolves. 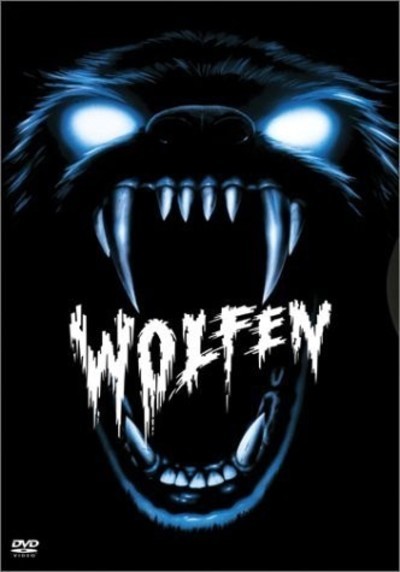