Naked but not afraid, a young man roams the forest, growling in all fours. He behaves like a beast. To him, this is not a theatrical exercise but the true manifestation of his instincts. In Nathalie Biancheri's offbeat drama “Wolf,” he is one in a group of teenagers convinced their fragile human bodies don’t correspond with their animal identities. Their condition, described as “species dysphoria,” ostracizes them from society.

For Jacob (George MacKay), the wolf in question, being admitted into a facility where those afflicted receive corrective treatment is a last frontier between fulfilling his parents’ wish for normalcy or running wild without remorse.

Jacob steps into a pack of fellow patients and meets among several others, Rufus (Fionn O'Shea), who thinks of himself as a lovable German Shepherd, and love interest Wildcat (Lily-Rose Depp), a long house-trained resident under the thumb of a key staff member. Some of them have a hard time adjusting, and get “prop privileges” to wear costumes that bring them closer to their desired form. Despite what it entails, the setup is never played for laughs, but the opposite. Their desperation has a deep sadness.

But for as much writer/director Biancheri pumps copious ideas into this concept, the solemn tone and lack of thematic focus renders the overwrought outing underwhelming. A premise like this would have been more effective had it been executed with the acidity of someone like director Yorgos Lanthimos, in which the premise could unfold as satirical commentary rather than straightforward indignation.

Still, as it stands, there’s notable value in her direction of a cast that goes along with the quasi-bizarre premise without falling into caricature. The ensemble’s devotion to the animal conducts and sounds, to the detriment of their characters’ mental health in this brutal environment, elicits in one a decidedly uncomfortable reaction.

Utterly committed to the part, MacKay is the film’s most absorbing asset; his feral physicality convinces us that Jacob harbors zero doubt about his most fulfilling state. And when finally in front of a real wolf, he seems at ease. As they howl together, a fleeting sense of recognition is sparked. MacKay’s unmannered raw turn perseveres in holding our tested attention amid the mostly haphazard plot.

MacKay stares at his companions in pain with a conflicted gaze, half compassion and half pity. He is almost perpetually stoic. Jacob puts honest effort into trying to change for the sake of his bipedal family, but as the torment increases the less he can contain his truth—one he recalls feeling from an early age.

It’s in his romance with Wildcat, played proficiently by Depp as someone blatantly pretending to suffer from the same ills as the others to belong, that Michal Dymek’s cinematography is the most in sync with the content. As Wolf and Wildcat gnaw at each other with playful aggressiveness, the fluid shots emulate the spontaneity of their movement, changing in speed and closeness.

Conveniently, none of the creatures these kids choose to mimic are farm animals raised for human consumption. No cows, chickens, or pigs are among them. Instead only pets, wild creatures, and a horse comprise the main cast. Since the film strives to draw parallels connecting this fiction to oppressive conventions applicable to issues closer to our common reality, considering modern human’s carnivore tendencies in relation to these adolescents seems like an obvious entry point into speciesism.

The most overt concern in Biancheri’s “Wolf” is mankind’s certainty of its superiority over all leaving creatures. An inexplicably villainous "zookeeper" (Paddy Considine), ruler of this domain of brutality, repeats phrases alluding to that internalized grandeur, begging us to realize what he claims is wrong. Late in the tale, he asserts his leadership position like a lion in a jungle would, hinting at his own savage inclinations.

There are scenes in "Wolf" in which the antagonist forces the teens to recognize their humanity, making them aware of their inability to carry out activities their animal counterpart naturally could. One of the guys breaks a nail attempting to climb a tree like a squirrel would, while a young woman in full parrot attire is asked to jump off a window and fly, until she breaks down admitting to her girlhood. These traumatic results prove all of them to be conscious of their reality.

But is it performance for all of them, except Jacob? If that’s the case, does the film imply that not everyone who claims to have been born in an incorrect body is to be believed? Taking stock of the conundrums introduced, the most essential query remains a basic one: what is Biancheri trying to communicate? Is it likening these situations to conversion therapy camps or the treatment of trans people? If so, the allegory feels murky at best. 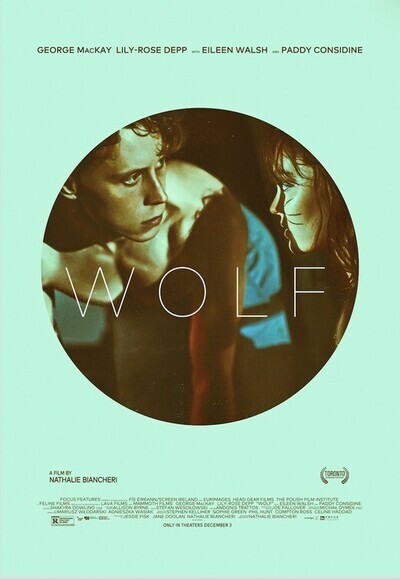 Rated R for some abusive behavior, sexuality, nudity and language.

Paddy Considine as The Zookeper