Housing space is at a premium in Russia, and the young man is happy to be assigned a room in an apartment already filled with as many people as one of those crowded warrens in "Crime and Punishment." What amazes him is how many pianos there are in the apartment. "We work at the factory," a resident helpfully explains. That means they have more pianos than they need - but not enough, of course, food, clothing or vodka.

One night the new boarder, a teacher whose name is Nikolai, sees a ghostly visitor in the apartment. The others see her, too, and explain that she is an old woman, looking for her cat, which has gone missing ever since her death. Where is the cat? Its disappearance holds a clue to the movie's comic premise, which is that by stepping through a mirror in the old woman's room, you can be magically transported from St. Petersburg to Paris.

Paris is of course everything St. Petersburg is not: a consumer paradise where the shelves of the stores are bursting with bounty.

Soon Nikolai and the others are moving back and forth between Russia and France almost as a daily commute. And the director, Yuri Mamin, is making jokes that I imagine resonate a great deal more deeply, and even painfully, in Russia than in France - or America.

Things are not running well in Russia. The old days of top-down management have been replaced by indifferent anarchy, and although a class may be interrupted by a shipment of computers, there is not necessarily a reason for the computers, or anything to teach on them, or with them, and they may be headed for a fate similar to the pianos (which are used to conceal contraband groceries). In Paris, on the other hand, there is bounty everywhere, and the movie underlines the plight of the Russian visitors, who focus so single-mindedly on the material.

As a story device, the magical mirror is promising. But Mamim doesn't do much with it - certainly nothing as biting and satirical as he might have. There is a subplot involving a French neighbor who doesn't like the noise of the visiting Russian party animals, and another subplot involving a French woman who visits Russia, and some sight gags based on everybody getting drunk. When Nikolai's students go on strike, he bribes them with a trip to Paris, and when they want to stay, he delivers a heartfelt speech about their duty to their country.

As an example of the direction the movie might have taken, consider the moment when a visiting Russian explains why France is so far ahead of his motherland: "We held off the Mongol hordes for them, so they had the luxury of developing." Yes, perhaps, but what then? And did they develop in such a wonderful way after all? Is Russia such a grim place that there are no jokes to be made about the ways in which France might be flawed? Looking at the movie, I felt marooned in one of those lightweight multinational comedies of the 1970s, like "If It's Tuesday, This Must Be Belgium," in which most of the jokes were based on national characteristics I didn't much care about. 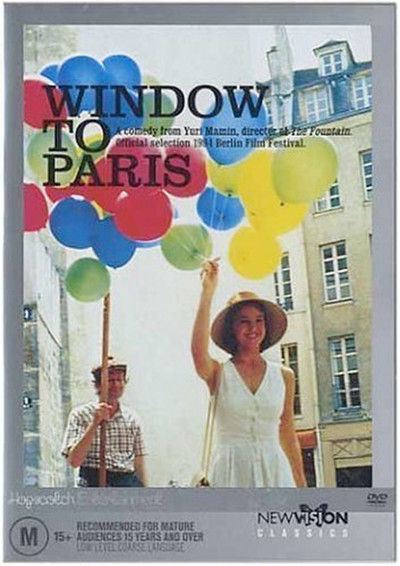