What Will People Say

This relentlessly upsetting film, written and directed by Iram Haq, begins by showing Nisha (Maria Mozdeh), the teen daughter of Pakistani immigrants, living a relatively Westernized teen life in Norway. She hangs out with pals, smokes a little weed, dates a red haired fellow named Daniel. Tasked with bringing a package to her dad’s shop, she’s instructed by her mom to cover up, and Nisha puts a jacket on, covering her navel-revealing midriff top.

The tensions between traditionalist parents (there’s also an older brother, who’s obedient and dutiful to the point of obsequiousness) and child seem genuine, but negotiable. That all changes when, one evening, Nisha and Daniel come into her bedroom via the fire escape of the family apartment. “Have you asked my parent to marry me? Then what are you doing here?” Nisha jokes with Daniel. They indulge in mild kissing. There’s no indication much more than that is going to happen. But Nisha’s father Mirza (Adil Hussain) presumes everything’s already happened when he storms into the room, pummels the crap out of Daniel, and bellows accusations at Nisha.

Mirza’s brutality is sudden and implacable. Soon he’s escorting Nisha back to Pakistan, where’s she’s to stay with his mother and his sister. We don’t know the endgame Mirza has in mind: to make Nisha more devout? Or just fob her off permanently. The irony of her situation is brought into near-horrific focus on Nisha’s first night with her new family. Sleeping next to a younger cousin, that girl asks her, “Who do you like best: Rihanna or Beyoncé?” The girls who’s supposed to be unlearning Westernization can’t get the hell away from it.

As bad as Mirza is—and before he takes leave of Nisha to go back to Norway, he tries to bribe a hug from her with chocolate chip cookies—her new family is rather worse. They act very kind and proper, but move on step out of line and they’re killers. After one perceived misstep, Nisha’s uncle visits her late in the night. Do you want to be married off to a villager, he asks. “You’ll be milking buffaloes for the rest of your life,” he says with something like glee. Then he burns Nisha’s passport. “You’re our daughter now.”

I didn’t want to see any of the characters causing Nisha suffering to be shown the error of their ways. I wanted to see them defenestrated. When a friend of the Pakistani family, a nice young man named Amir, began showing interest in Nisha, I did not want to see that interest reciprocated. I wanted her to snub him hard. But at this point in the movie she is terribly lonesome and he does seem kind. And boom, their affinity leads to more trouble for Nisha. Terrible trouble.

The girl eventually returns to Norway in a position that seems almost entirely hopeless. This is a sensitively made film that’s pretty frustrating. In the tradition of some vintage Italian films that got gathered under the rubric of Neo-Realism, it gives you a character to root for and then places her between a rock and a hard place with no cavalry coming to the rescue. But it offers a final scene that’s, in ambiguously recasting the relationship between Nisha and Mirza, both peculiarly provocative and rewarding. 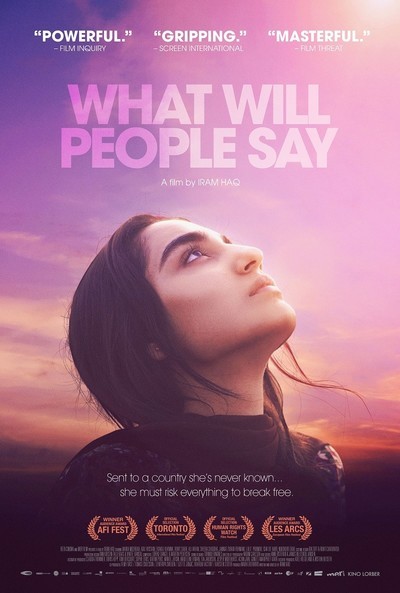