Welcome To The Dollhouse

"Welcome to the Dollhouse" remembers with brutal and unforgiving accuracy the hell of junior high school. Many movies reconstruct those years as a sort of adolescent paradise; it's a shock, watching this film, to remember how cruel kids can be to one another, and how deeply the wounds cut.

I can recall today with perfect accuracy the names and faces of11-year-olds who made my life miserable. If I met them today, so many years later, would I forgive and forget? Not a chance. I still hate them. Was I also cruel? Did I have my own victims? Strange, but I can’t remember...

"Welcome to the Dollhouse" stars Heather Matarazzo in a dead-on performance as Dawn Wiener, an unpopular seventh-grader whose glasses are wrong, whose hair is wrong, whose complexion is wrong, whose clothes are wrong, and who is as gawky and geeky as it is humanly possible to be. The first time we see her, she's performing one of the most painful rituals in life: walking through the school cafeteria with a loaded tray, trying to choose a table. Her objective is to sit with students as far up the school social scale as she dares, without being rejected.

“Can I sit here?” she asks, regarding an empty space. "Someone barfed there third period," she's informed.

Because Dawn's family name is Wiener, she is inevitably known as "Wiener Dog" in school (I was "Eggbert"). She is also known as "Lesbo" and "Stupid," and when she asks a classmate why she hates her, she gets a refreshingly direct answer: "You're ugly." She isn't ugly, simply unformed in that in-between way, but she projects the vibes of a potential victim, and there are always going to be sadists whose antennae lead them straight to their targets. Inevitably, her only friend in school is a boy much smaller than she is, who is regularly beaten up and called a “faggot.” Do the lesbo and faggot words indicate homophobia? Not necessarily. Kids that age are fascinated by sex and terrified by their own ignorance, so they attack others to assert self-confidence. Any difference at all, real or imaginary, makes someone a target. What qualifies as a difference? Anything you are that I am not, or that I fear becoming.

But I'm making “Welcome to the Dollhouse” sound like some sort of grim sociological study, and in fact it's a funny, intensely entertaining film: intense, because it focuses so mercilessly on the behavior of its characters that we are forced to confront both the comedy and the pain.

Dawn lives in a split-level house with an older brother who is a nerd, and a younger sister who is a ballerina. Her parents claim they love all of their children equally. They are lying. Her brother Mark (Matthew Faber) is focused on getting into a good college, and everything he does is planned to enrich his application. He starts a garage band, and recruits a popular student named Steve (Eric Mabius) as his lead singer. Steve is a mature, handsome hunk, and Dawn gets weak-kneed just looking at him. He's the kind of guy who will break a woman's heart just for the pleasure of hearing it snap, but of course Dawn’s heart is far beneath his attention. Nor is he much interested in the band (“That doesn't sound much like `Satisfaction,”' he notes, after a clarinet passage by Mark.) Dawn is very badly informed about sex, but willing to learn. She will essentially do anything for Steve, who can't be bothered; there is a well-written scene in which she has him alone at home and plies him with junk food.

Meanwhile, she's tormented by Brandon (Brendan Sexton Jr.), who makes her life miserable. Dawn is smart enough to sense or guess that boys Brandon's age often express affection through hostility, and she puts up with him because he's essentially the only game in school. In one of the movie's best scenes (which works only because it is perfectly written, acted and understood), Brandon actually makes a date with her to “rape” her, and she turns up for it. Of course nothing resembling rape takes place, although I'm not sure whether Brandon knows that.

Scene after scene, “Welcome to the Dollhouse” piles on its details, re-creating the acute daily misery of being an unpopular adolescent and remembering, too, how resilient a girl like Dawn can be--how self-absorbed, how hopeful, how philosophical, how enduring.

Dawn's revenge, we hope, is that someday she will be rich, famous and admired, while the snotty little cheerleaders who persecuted her will have been sucked into the primeval slime of the miserable lives they deserve.

“Welcome to the Dollhouse,” which won the grand prize at the1996 Sundance Film Festival, is a first film for its writer-director, Todd Solondz. He shows the kind of unrelenting attention to detail that is the key to satire. It isn't the big picture that matters to a girl like Dawn, but the details: how she looks today in the mirror, and how this dress looks, and what small hopeful signs might have been sighted, or imagined, on the far emotional horizon. If you can see this movie without making a mental hit list of the kids who made your 11th year a torment, then you are kinder, or luckier, than me. 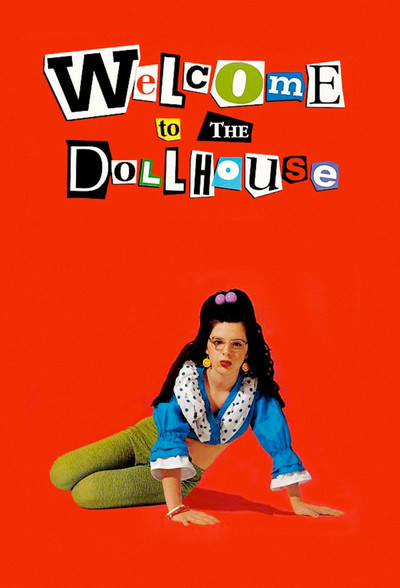