Welcome to the Blumhouse: Madres

“Madres” is a particularly frustrating type of horror movie, in that its shortcomings are vast, and that it has major, important ideas inside that only get screen time right before the credits. Its most moving, involving parts are not at all related to its tacky genre horror, and they’re only successful because at least Amazon viewers will be made aware of an atrocity in this country. And yet, one can’t really say more than that! So we have to talk about the rest of its runtime as if it had the makings of a real horror movie, which it barely has.

Ariana Guerra stars as Diana, a mother-to-be who has just moved from Los Angeles with her husband Beto (Tenoch Huerta) in 1970s California. He has gotten a job working on a farm that uses a new pesticide that has helped crops, a detail that his boss mentions and immediately catches your ear. While at home, and after going through the belongings of the family who lived there before, Diana begins to have spooky visions related to fertility; plus there are strange murmurs about a type of curse with the population of other kids and young parents in the area.

The characters in this script by Mario Miscione and Marcella Ochoa are constructed with some care, but more that the script is great at raising something and then moving on from it. Diana’s sense of being an outsider who was not taught Spanish by her Hispanic parents (because they were ashamed of it) is nuanced and interesting, but the storytelling does not have enough space to nurture that nuanced depiction. Guerra's emotional work suffers for it.

A similar hollow approach affects the movie's paranoia about motherhood: “Madres” succeeds at flattening its psychological effect with rote scares and obvious imagery, allowing certain details to just sit there. One scare is based on a bloody egg yolk, accompanied by Diana clutching her belly, as if we didn’t get the parallel. It’s not freaky, disturbing, or interesting. It’s an egg yolk, albeit an inedible one. It’s moments like this where “Madres” shows how much it can’t bulk up the visceral ideas at play.

The pain behind this story is far more effective than the horror it uses, and yet to get into great detail would also be a major spoiler to its third act. That makes the film even more tedious, that instead of telling a story that hits its inspiring idea head on, it merely pretends to be a movie that’s comprised of pained mothers and mysteries about population. The last two minutes of "Madres" are more involving than anything in it, and it’s predominating feeling of outrage behind the true story in the mix. This is where the only sense of inspiration can be truly found in this movie.

But taken out of historical context, as a horror option that might loop in some sadistic “Welcome to the Blumhouse” completists, "Madres" is far too lacking in its desired scares to be even remotely effective. There’s just no rhythm when it’s desperately needed, as with a wind-up scare at night that has Diana walking into an empty nursery, only to be met by a ho-hum creature screaming in her face. It doesn’t catch you off guard, and the screams (from the monster, and then her) are so overlong that they lose their shock. It’s telling that this is the scene the trailer uses for its grand finale.

In general, “Madres” is played far too obvious with its music cues (whether it’s a choral voice, or the ol’ music box device narrative trope), and its investigative edge, learning more about the true horror of it all, is full of hand-holding with scant innovation. Calling a movie like “Madres” by-the-numbers would be a compliment, and an overstatement, because that would indicate that the makers were even mildly successful. 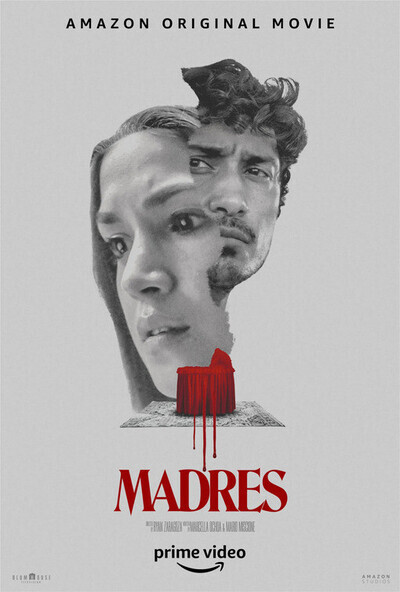