How far do you stretch the definition of acceptance of other’s beliefs and free speech? We all like to think that we would allow all differences of opinion, personality, and character to stand, proudly quoting the First Amendment as we watch Neo-Nazis march down Main Street. Really think about it though. What if your neighbor patrolled the perimeter of his property with a loaded shotgun? What if he came to city council meetings and verbally harassed people to such a degree that nothing was out of bounds, including mocking the murder of a council member’s daughter? What if he preached hate and intolerance, and threatened to turn your neighborhood into one of the frontlines for the battle for White Power? Would you really live and let live?

These were the questions faced by the two dozen (literally, Population 24) residents of Leith, North Dakota, and deftly chronicled in Michael Beach Nichols and Christopher K. Walker’s unsettling and downright depressing “Welcome to Leith.” When Craig Cobb became the 25th resident of Leith, it became a national story. At first, no one really noticed the grizzled old man who started buying up empty lots in an area of the country described as “B-roll for The Walking Dead.” Then Cobb made his presence known, announcing to the other members of the White Power Movement—for which he had been an outspoken leader—that he was basically taking over Leith. He invited people who believed as he did to move to Leith, hoping to turn the city into a compound for his organization, dominating votes on the city council and building monuments to his movement. When Cobb’s allies started buying the lots from him, and one notable skinhead and his wife even moved in, the locals started to panic.

Nichols and Walker are careful to allow Cobb’s words and actions to demonize him more than their filmmaking. It would have been easy to sensationalize this story—using true crime documentary camera techniques to really turn up the heat on Cobb’s rhetoric. Instead, they merely spent as much time with the aggravator as possible, watching him torment people at city council meetings and swear at his neighbors. They carefully avoid making “Welcome to Leith” about what Cobb believes in, focusing on how those beliefs impact a community more than the hatred and vitriol within them. To that end, they surprisingly avoid much conversation with the only minority in Leith, who happens to be the man who sold Cobb the property in the first place. Other filmmakers would have made that the story of “Welcome to Leith.” It’s easy to make a documentary about hateful people. It’s harder to focus on the impact of hateful people on those around them.

To that end, the creators of “Leith” spend an equal amount of time with Cobb and his cohorts as they do the residents of Leith, resulting in a notable balance in this portrait of a community. Again, being a strong proponent of free speech, I would never deny Cobb his right to believe what he does, and I find outspoken people like him less terrifying most of the time than those who hide their disgusting beliefs. At least we know where Cobb is and what he thinks. But Nichols and Walker raise fascinating questions about just how much disagreement and hatred we’re willing to accept from our neighbors, and they do so without much flair or over-direction. They provide what we hope to get from films about small communities—sketch it in such a way that the local story becomes one in which we can see universal issues. What happened in Leith could happen in hundreds of small towns across the country, and, in many ways, is happening in major ones too, as hateful people move in next to those they hate. As the world gets more crowded and intolerance shows no signs of dissipating, what we will do when we see a bit of the drama in Leith in our own cities? Or maybe it's too late to even ask that question. 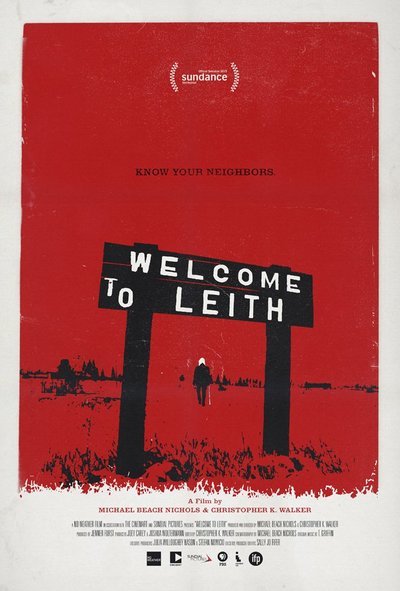