There’s minimalist filmmaking that’s quietly intriguing, and then there’s emotional detachment that’s stultifying to the point of being nap-inducing. "War Story" falls into the latter category.

Director Mark Jackson’s drama is a chilly study in grief starring Catherine Keener as a war-zone photographer shattered by her experiences in Libya. But Jackson and co-writer Kristin Gore have structured the film as a mystery, so we don’t really know who Keener’s character is or what happened to her until about an hour into the 90-minute running time.

Instead, Keener’s Lee smokes and sulks. She pops pills and avoids calls from her editor. She holes up in the darkness of a sparse Sicilian hotel room that she insists the maid shouldn’t clean. (Actually, all of her interactions with other people are uniformly terse.) When she does leave the room, bleary-eyed, Jackson follows her in long, Dardennes-style tracking shots down bland hotel hallways and through cloudy city streets. There is a numbing evenness in tone to every place she goes and everything she does.

Certainly, a film about a woman suffering from post-traumatic stress disorder shouldn’t be a laugh riot, but it should at least offer some glimmers of humanity to engage us and keep us hanging on. “War Story” is all about withholding key information, but it’s too languid to be engrossing in the first place. It takes an awfully long time to establish Lee’s isolation; the first 13 minutes are essentially wordless.

All kinds of choices are baffling here, beginning with the placement of Keener in this kind of role. So much of what has made her so appealing for so long—especially in her work with Spike Jonze and Nicole Holofcener—is a zesty naturalism, a directness and an earthiness that allow her to make an instant connection, regardless of the character. All of that has been stripped away here, and what’s left is a dour shell.

But Lee thinks she may have found her salvation when she meets Hafsia (Hafsia Herzi), a troubled, young refugee in need of an abortion. Hafsia happens to resemble a young woman in Libya whom she photographed mourning over the body of her slain brother. In this doppelganger, Lee sees an opportunity for spiritual redemption —or perhaps just a distraction from her own troubles. Their relationship is vague as is so much else in the film, but eventually it seems to border on co-dependency, with the two women hiding together in the hotel room and even sharing the same bed, platonically. Even the introduction of Hafsia doesn’t liven things up; she’s as low-key and enigmatic as Lee is.

A meeting with a longtime friend and colleague finally sheds some light on Lee’s plight. He’s played by a barely-there Ben Kingsley in a massive waste of a towering talent. Speaking of baffling decisions, Kingsley is basically on screen for about five minutes, and when we first see him meeting up with Keener, it’s from a distance at a high angle. Their discussion takes place in a dark room in one long, extremely backlit take.

This is supposed to be one of the most significant moments in the film but because of these aesthetic choices, it just doesn’t register. Kingsley’s single scene makes you long for more of him; he’s a forceful presence in a film desperately in need of them.

Perhaps Jackson is trying to recreate for us as viewers the foggy, drug-induced state in which Lee has placed herself as a means of protection or denial or self-soothing. It’s hard to figure it out, as is the intentionally abrupt, open-ended conclusion which feels like a slap in the face after enduring such a slog. 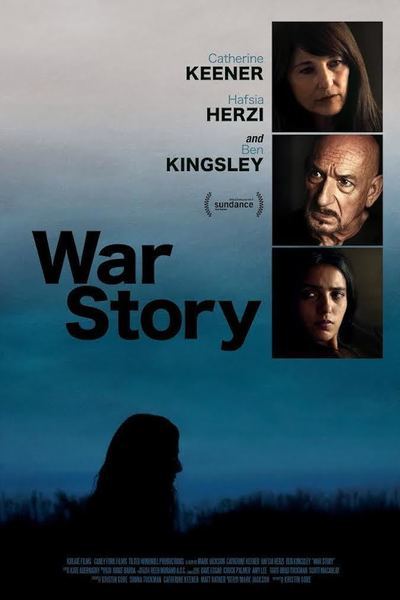