Voice from the Stone

A young woman lost in thought walks through a forest, not knowing what awaits her and unaware of her surroundings. On the side of road is the surreal sight of an immense disembodied sculpted head of a goddess. Could there be any clearer omen that something is not quite the way it should be in her universe?

Duly drenched in Gothic atmosphere but disastrously drained of any solid suspense, “Voice from the Stone” is a stillborn exercise in the type of supernatural romance found in such classic tales as “The Fall of the House of Usher,” “Rebecca” and “The Turn of the Screw.” The photography and production design of this ‘50s-era yarn, which occurs in and around an ancient Tuscan castle and is adapted from a book by Italian writer Silvio Raffo, does almost all the heavy lifting by casting a ghostly visual spell. But while misty fog, wind-strewn leaves, a shadowy crypt and crumbling statues work overtime to strike the right macabre tone of decay and disruption, the hazy narrative is about as compelling as one of those overwrought designer perfume commercials starring an overdressed brand-name actress.

As for the scent given off by this novice directing effort by stunt coordinator Eric D. Howell, let’s call it Eau de Jane Erred.

The female doing the selling here is British actress Emilia Clarke, best known as white-haired dragon lady Daenerys Targaryen on HBO’s “Game of Thrones.” With sensible shoes, plain-Jane clothes and an annoyingly smug smile, she attempts to channel Deborah Kerr as a prim and proper nurse who prides herself on her ability to help ailing children. Her Verena oozes confidence—too much perhaps, considering the rather disturbing nature of her latest patient: nine-year-old Jakob (Edward Dring), a pouty lad with eyes full of woe and distrust who hasn’t spoken a word since his beloved pianist mother, Malvina (Caterina Murino), died from a mysterious fever seven months and 16 days ago.

In a prologue, as Malvina takes her final breaths, she tells her son, “Another woman will come—you will see.” But what with a striking photo portrait of this beauty staring down from the wall, he fails to warm up to Verena and regularly strays away from her presence. He prefers to perch high above a water-filled stone quarry on the sprawling property before plunging into the water. Or he wanders into the woods while a sullen elderly male servant performs his duties nearby. Considering that all Verena seems to do is to implore the boy to speak to her when and if she can find him, anyone might get sick of such one-note nagging. Meanwhile, in-between these repetitious games of hide-and-seek, she eventually figures out that Jakob believes he can hear his mother speak to him through the villa’s walls.

Not helping matters is Jakob’s father Klaus (Marton Csokas), a sculptor whose chilly demeanor and stern countenance doesn’t exactly put Verena at ease. When he isn’t uttering such profound insights as, “There is such power in his silence,” he is spinning a pebble like a top or relating how living cats were once secreted inside the castle’s walls. But during one of her many forays into “Where’s Jakob?” territory, Verena stumbles upon Lilia (veteran Italian actress Lisa Gastoni), a kindly gray-haired associate of Malvina dressed entirely in black who alone makes the nurse feel welcome while filling in some of the blanks of the grieving family’s history.

Yes, a sexual awakening is often part and parcel of these sorts of stories, but rarely does it happen so abruptly and with so little build-up. And, even in this day and age, it seems terribly retro to feature a woman who feels such urges to suddenly seem to lose her mind—or, in Verena’s case, start hearing Malvena speaking to her as well as she begins to take her place in the household.

Yes, Howell might be aiming to emulate similar thrillers from the ‘50s and ‘60s, the sort of Edgar Allan Poe-inspired outings that made Roger Corman famous. But did he have to encourage his performers to emote in such a stilted and unnatural manner? Save for the engaging Gastoni, it often feels as if the cast were acting from inside a stone wall, keeping the audience shut out. 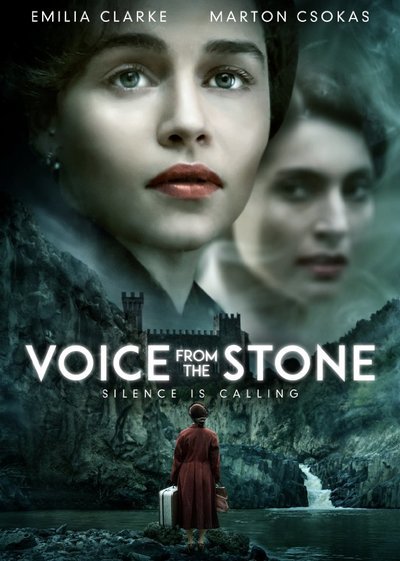