“Vincent N Roxxy” is a nasty little piece of B-movie trash that lacks both the verve to grab you as a guilty pleasure and the artistry to be taken seriously as a dramatic thriller.

It wastes talented actors who usually have a welcome presence on screen—Emile Hirsch, Zoe Kravitz, Emory Cohen and Zoey Deutch—in barely-there, go-nowhere roles. And it takes place in a thoroughly unpleasant slab of small-town Louisiana populated by idiot lowlifes whose primary characteristics are chain smoking and bad tattoos.

All of this would be vaguely more palatable if “Vincent N Roxxy” had a better script or an ounce of life to its pacing. With his second feature, writer/director Gary Michael Schultz brings nothing new to a well-worn, grimy subgenre. He awkwardly combines a languid romance with bursts of violence, leading to a gratuitously gory climax that’s more off-putting that gripping.

As troubled lovers on the run from generically menacing bad guys, Hirsch and Kravitz have zero chemistry, so there’s no emotional power to the deadly sacrifices they ultimately make for each other. Then again, their characters are so thinly drawn that their connection makes no sense from the get-go.

Hirsch’s Vincent and Kravitz’s Roxxy meet cute, if you will, when he witnesses a car crash she’s involved in, then rescues her from the driver who subsequently beats her in the street in broad daylight. A stoic loner with a vintage muscle car (with thin echoes of “Drive,” complete with a synth-heavy score), Vincent had been on his way out of town once and for all, looking for a fresh start. But he now feels compelled to protect this beautiful, dangerous stranger, so he squirrels her away in a trailer at his family’s dilapidated farm, which he hasn’t visited much in the years since his mother’s death.

But Vincent’s estranged, profane brother, a trash-talking mechanic named JC (Cohen), still lives there with his girlfriend, Kate (Deutch), a feisty bartender at a run-down roadhouse called … wait for it ... the Bottom’s Up Bar. (Playing it tough and slightly sleazy isn’t the most comfortable fit for the adorable Deutch.) Cans of Pabst Blue Ribbon are consumed and fistfights ensue. Everyone and everything in this movie is such a cliché, you could play along with a drinking game of your own.

From here, it’s a slow, dull burn as Vincent and Roxxy dance around each other and their supposed mutual attraction. When they finally have sex at an abandoned drive-in theater at the film’s halfway point (not exactly a spoiler, folks), it should be explosive because so much tension allegedly has built up between them. But even that moment lacks any discernible spark. The characters remain ciphers, so their love remains cold.

Eventually, the bad guys catch up with Roxxy, which leads to a third-act blast of violence that’s shocking not necessarily because it’s bloody—which it is—but because it’s tonally jarring compared to what preceded it. There’s no build-up to it, no tension. The brutal fate that befalls nearly all of these people comes out of nowhere and, with the exception of a couple of long tracking shots, feels like artless gore: arbitrary, and unearned.

In the midst of it all, and all too briefly, Scott Mescudi (better known as recording artist Kid Cudi) shows up as the main thug Roxxy has crossed. He’s the only one here who brings any sort of charisma to the proceedings, and he’s gone as quickly as he came. Cohen overacts, Hirsch underacts, and Kravitz and Deutch can only do so much as the damsels in distress who made the unfortunate decision to fall for them. 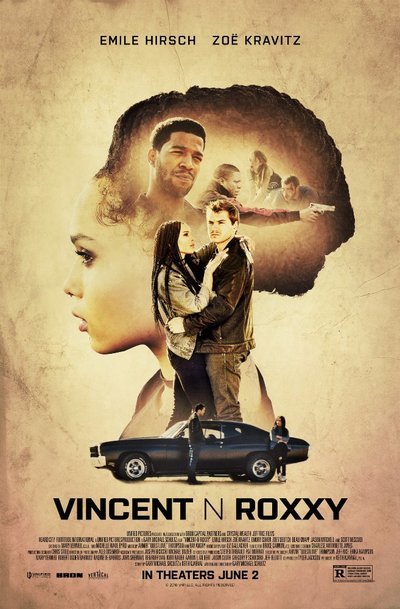