A lengthy, glacially-paced 2014 picture from Bulgaria and Romania, “Viktoria” is in many respects the kind of movie that will confirm the prejudices of anybody with a predisposition to dislike “art” films. Or, “slow” cinema. Or what have you. The feature debut of writer/director Maya Vitkova, the movie opens with a sardonic montage of newsreel-ish footage from the end of the 1970s. The voices and images of Ronald Reagan, Margaret Thatcher, Jimmy Carter, Anwar Sadat and the Ayatollah Khomeini evoke a not-too-distant past. Meanwhile, in the Bulgaria of the film’s story, as it opens, it’s “ten years before the fall of Communism,” as a title alerts the viewer. Boryana (Irmena Chichikova) and husband Ivan (Dimo Dimov) are a young couple, desperate to leave their dreary home country, where they share a cramped apartment with Boryana’s mother, who’s bought into the Communist line with the full vigor of many who lived through World War II (although not much of a reference is made to that). Boryana’s particularly keen on skipping out to Venice, having been enchanted by an ad in a glossy magazine (one which also, I noticed, contains an anachronistic depiction of a can of “Coca Cola Classic”). Once they do that (“two birds want to fly away,” one of their underground pals says over the phone, trying to arrange for a way out) they’ll think about having a child.

But Boryana gets pregnant well before such plans bear fruit … and gives birth to a daughter who has no umbilical cord and thus no need of a navel. Viktoria, for so the child is named, is born on a date that qualifies her for the title of “Socialist Bulgaria’s Baby Of The Decade." The family gets a nifty new apartment, and the girl is chauffeured to school every morning; by age nine, she’s super-pals with the actual head of state, and her classmates are obliged to applaud her when, at a school talent show, she bangs out a series of atonal note-clusters on a piano. You might say, “I smell allegory,” and you might not be wrong. But Vitkova’s use of significant dates and metaphoric imagery isn’t honed to any particular point—the movie, despite a few surface affinities, never builds to the boil of Volker Schlondorff’s adaptation of Günter Grass’ “The Tin Drum.” Once Communism falls, Viktoria is awakened with a phone call telling her, “It’s all over, my child.”

These circumstances force Viktoria to cohabit with her still-resentful mother. As the girl transforms from child to post-adolescent, the film moves out of allegorical territory into a more personal realm that brings to mind at times Sokurov’s “Mother and Son,” this time however from an exclusively female perspective. Vitkova’s personal commitment to the material is never absent (the two Viktorias of the film are played by Daria Vitkova and Kalina Vitkova, who I presume are the director’s daughters), but the social statement of the film and its more subjective autobiographical aims never quite mesh into a coherent, satisfying whole. All the movie's performances show real commitment, although the standout is Irmena Chichikova as Boryana, whose lean, high-cheekboned face is kind of a Beckett play unto itself. 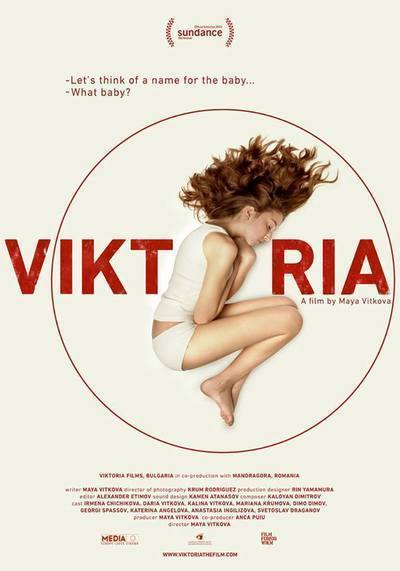