Based on a non-fiction account by one of its subjects, real-life journalist Michael Finkel, the movie “True Story” spends much of its 90 minutes trying to figure out just what it is. Murder mystery, journalism exposé, courtroom drama, metaphysical inquiry into the secret-sharer nature of certain American Bros, proof that James Franco and Jonah Hill can serious-act opposite one another—it seems to be going for any one of these at any given moment, and in the end winds up being not a whole lot more than ostentatiously unpleasant and ugly.

Directed by first-time feature filmmaker albeit apparently well-acclaimed British stage director Rupert Goold, “True Story” opens with a slow-motion overhead shot of a teddy bear drooping into an open suitcase and landing next to a child who’s lying in the suitcase in a fetal position. The child turns out to be one of the alleged victims of Christian Longo (Franco) who is soon arrested for killing his entire family—a wife and three kids. Cut to Hill’s Finkel, in Africa at work on a major story—perhaps his eighth or ninth New York Times Magazine cover gig, he crows to his wife once he’s back in the States—and he’s getting some of the detail work wrong, in a way that’s going to bite him in the ass, big time. Exiled from the Times in disgrace, he retreats to his VERY cozy modern cabin in wintry Montana and Very Concerned But Fairly Understanding Academic Wife Jill (Felicity Jones), where he soon hears from an Oregon reporter about a multiple murderer who had been using Finkel’s identity at the time of his capture in Mexico. That would be Longo. Intrigued, Finkel requests an interview with the accused. The accused accepts. He’s a long-time admirer of Finkel’s work, it turns out. He makes Finkel an offer that any seasoned journalist would admit stinks to high heaven while at the same time presenting an undeniably potent temptation: If Finkel will keep the story to himself until after the trial, and “teach” Longo how to write, Longo will give his story exclusively to the writer whose identity he once pilfered.

It’s kind of amusing that in a week in which much of the media-engaged real world is howling in outrage that an instance of journalistic malfeasance at Rolling Stone hasn’t resulted in a bunch of rolling heads, a movie comes out that tries to make viewers feel bad about the entirely justified firing of a newspaper reporter who really did do the stuff he was accused by his bosses of doing. Man, King Crimson wasn’t kidding about that 21st-Century-Schizoid-Man condition. In any event, as per the movie’s version of events, Finkel’s eager acceptance of Longo’s offer makes him look like an opportunist, and then the movie goes on to make him look like a dumb opportunist. Marveling at the macabre memoir Longo sends him on legal pad, Finkel is spooked by correspondences: Longo makes weird drawings in the margins of his pages, just like Finkel does. Jill raises an eyebrow at this, as one will, but the theme of Human Duality And Darkness doesn’t get much play. The screenplay, by Rupert Goold and David Kajganich, means to plant verbal clues here and there that will pay off big time by the end; suffice it to say that to use the phrase “when the penny drops” to describe the resultant instances would be to severely overvalue them. (Also, the writers seem to have a poor grasp of what a “double negative” actually is.)

The film moves at a relatively clipping pace, but also has a weird sense of contingency, as if the filmmakers are filling in the required components of this kind of scenario as they go along. For instance, about an hour into the movie, when all you’ve seen of Longo is in exchanges between him and Finkel, who’s trying desperately to milk a book deal out of his investigation of Longo, you’re liable to think, “Doesn’t this accused killer have a LAWYER? And if so—because he probably should—why hasn’t Finkel had any contact with him?” And sure enough, the trial gets underway and yes, Longo DOES have a lawyer. Strangely enough, it’s about this time in the film that an official investigator, played by bullet-headed, active-jawed toughie Robert John Burke, leans on doughy, confused-looking Finkel—better tell what you know, kid, because this Longo’s trying to pull a fast one on the jury. This might elicit an uh-oh from viewers had the film presented any evidence that Longo might not be guilty, except it doesn’t. Finkel thinks he might be innocent, because otherwise all that secret sharer stuff might mean something scary. But really, he’s the only one. By the time Longo takes the stand to offer a story so preposterous on its face (not to mention probably actuarially unprecedented—I thought of Edward G. Robinson’s hole-punching insurance investigator in “Double Indemnity” and the fun he’d have with this tale, and also how much I would have preferred to be watching “Double Indemnity”) that you’re surprised the jurors don’t break up laughing at it—well, you have to wonder, if this Finkel had almost eight New York Times Magazine cover stories to his name, how hard can big-time journalism really be?

Given that both Hill and Franco conduct themselves reasonably respectably—I have to give Franco credit for not going full boogity-boogity Evil Dude with this character, which had to have been a temptation—the blame for this mess needs to be laid at the feet of the filmmakers. If this mess is what they ended up with after erring with the best intentions, I feel bad for them. If this is actually the end result they were going for, I’d be inclined to use the legal system myself, to file an injunction against them ever getting near a soundstage again. 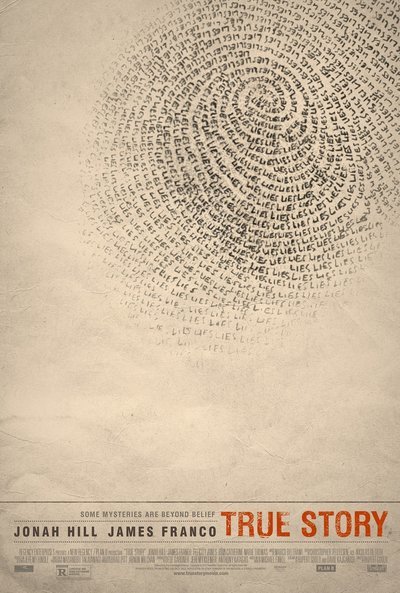 Rated R for language and some disturbing material