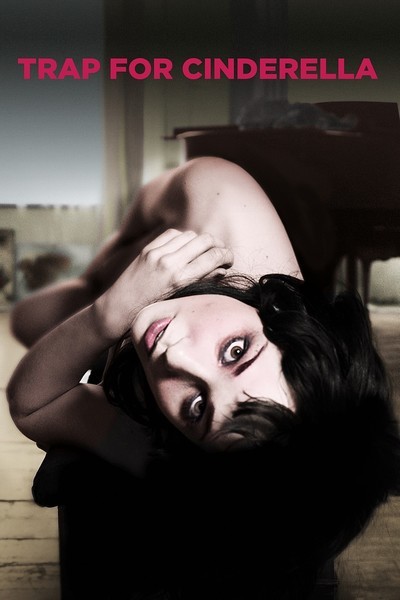 This would be sub-par and downright dull even if it were a late-night, made-for-cable movie. Inspired by the 1963 novel by French author Sebastien Japrisot, writer-director Iain Softley's film lazily piles on twists and double-crosses to the point where it becomes more laughable than suspenseful.

Tuppence Middleton stars as a young woman who escapes an explosion in the middle of the night at her family's quaint, French country home. After undergoing weeks of reconstructive surgery, she awakens with only the slightest memory of who she was beforehand. (She looks in the mirror and asks, "Oh my God, who am I?" in case we couldn't figure out that she's confused.)

Apparently her name is Micky, and the fire that she barely survived took the life of her childhood friend Domenica, who goes by Do (Alexandra Roach, who made an impression as young Margaret Thatcher in "The Iron Lady."). With the help of her wealthy aunt's longtime assistant (Kerry Fox), some diary entries and the perusal of belongings in the chic-ly disheveled London loft where she once lived, Micky pieces together her past through flashbacks, and then flashbacks-within-flashbacks.

Seems she was something of a party girl, with a penchant for daytime drinking and late-night dancing. She may also have been a photographer, or perhaps she was just a dilettante with a camera and some lights. It's never quite clear because the movie is interested in her more as an elusive idea than as a flesh-and-blood person.

A chance meeting one day reconnects Micky with Do, with whom she spent many carefree summers when they were little girls before a traumatic event separated them. Now, Do is the exact opposite in terms of appearance and demeanor: a mousy and conservative bank teller living in a modest flat. When Micky takes her to a club, Do is an awkward and needy outsider looking longingly at the suggestive way Micky and her pseudo-edgy boyfriend (Aneurin Barnard) are dancing.

You see where this is going.

In no time, Do has quit her job and moved in with this trust-fund kid, copying her choppy hairstyle and stylish wardrobe. Micky whisks her away for all-day shopping sprees (cue the montage of vintage clothes and bright pink wigs). "I can't believe she wants to spend so much time with me," Do writes in her diary. "Nobody understands what we share."

I can't believe it either, because Do is a bit of a dud. Plus, who gets weirdly clingy like this in their 20s? Snap out of it, girl, you have a brain and a career. Use them.

From there, "Trap for Cinderella" hops back and forth between the present day, with "Micky" or whoever she is figuring out what really happened between her and Do, and flashbacks to ominous topless sunbathing trips and drives along high, sheer cliffs in an expensive convertible. The normally formidable Frances de la Tour goes to waste in a couple of quick scenes as Micky's aunt; she supposedly serves as a key piece of the puzzle but barely gets the opportunity to register.

Then again, Softley doesn't invest much effort in his lead characters, either. Rather than taking the time to develop these women as recognizable people who find themselves in a dangerous situation we care about, he presents them as types and makes them pawns in an elaborate (and increasingly preposterous) game.

The only thing that's disturbing here is the misogynistic perpetuation of the myth that women are jealous creatures hell-bent on destroying each other—or making out, whichever comes first.