Critics often talk about ballet when discussing the films of action filmmaker Johnnie To. It's an interesting comparison given how precisely choreographed To's chase scenes and gunfights often are. But "Three," To's hybrid cop/medical thriller, proves that the ingenious Hong Kong director's action scenes are uniquely cinematic. This is especially important in "Three," a movie with a ticking-clock plot that is boosted considerably by To's virtuosic filmmaking technique. Best of all: you don't have to wait until a concluding set piece for To to prove his prowess as a storyteller. On the contrary, To consistently wrings tension out of a pulpy premise: Officer Chan (Louis Koo) puts a bullet in the head of bad guy Shun (Wallace Chung), and now it's up to Dr. Tong (Zhao Wei) to save him.

Tong and Chan both take their work seriously, but Chan is so fed up with his job that he couldn't care less if he follows the letter of the law. Tong accordingly holds Chan in contempt for his aggressive disinterest in his victim's well-being, and rebuffs him every time he tries to prevent her from doing her job. Shun provokes both of his captors. He knows the etiquette and protocol that govern Tong's job, and manipulates her lack of prior knowledge. After all, if he behaves while he's in the hospital, how could she deny him a phone call, a meal or any other basic privileges?

These characters' personalities are not primarily established through dialogue. To trusts his actors, and uses them so well that you often forget that we don't know much about them beyond the worried look in their eyes, the smirk on their lips and the arch of their brows. Still, these characters feel like real people because To subtlely establishes each of their personalities through their actions. Shun pompously talks about inductive reasoning, the Hippocratic Oath, Bertrand Russell, and beached whales because he knows that, while he is handcuffed to a hospital gurney, he has control over both Tong and Chan. Meanwhile, Chan watches Shun impassively. To films Koo him like Anthony Mann filmed James Stewart or Gary Cooper in his westerns: a stolid man with a stern, thousand-mile stare that could penetrate the most heavily-padded, lead-lined walls.

Tong's personality is the richest in the film since she is the audience's stand-in. We see the risks inherent in her job in an early scene where she tries and fails to save a patient from brain damage. In this scene, To shows us how every action during surgery has multiple simultaneous reactions. When an aneurysm occurs, we see a suction pump draw out blood from the patient's skull and deposit it in a nearby glass container. A scalpel probes the wound but Tong cannot see much from behind her surgical microscope. A technician replaces the blood that's been drawn out of the patient's blood with a transfusion, hooking the bag of blood to a surgical stand. Tong's role is amplified by this type of contextualizing scene—there are thankfully no flashbacks to distract from the film's present-tense drama—because she must ultimately decide whether Chan gets to do his job.

The tension between these two leads is drawn out by tracking shots, and long takes that encourage viewers to explore the hallways, parking lot, and adjacent rooms that all eventually lead the film's main location: Shun's ward. To patiently gives viewers a tour, and makes what is essentially a single-location film feel like it takes place in a microcosm of activity. To also lavishes attention on token objects by visually fixating on handcuffs, a telephone, a bag of food and more. These tell-tale objects are the source of great tension throughout the film; we dwell on them expectantly, waiting for them to instigate the next plot twist.

And man, how about that concluding shoot-out? I've read comparisons to John Woo's "Hard-Boiled" as well as Sam Peckinpah's "The Wild Bunch," but this scene stands apart from its influences. To's camera snakes around the room, darting from one major event to the next: a man flies into the air after he's sprayed with bullets; nurses cower behind their desk while another shooter is taken by surprise; three double doors swing open at once, and the cops enter the room in unison. This explosive sequence is the film's logical climax, but it's also a potent reminder of how exciting it can be to watch a master filmmaker at play. 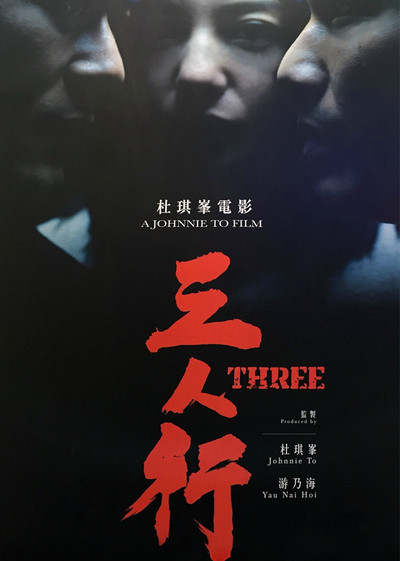