The Tribes of Palos Verdes

Based on a 1997 novel by Joy Nicholson, “The Tribes of Palos Verdes” immediately tips the viewer off with the faux-sociology of its blandly ironic title. The story of an affluent family breaking apart after a move from Michigan to the tony coastal town in Los Angeles County, the movie is narrated by the family’s female teen, Medina (Maika Monroe). We first see her swimming in the family’s new, blue-upon-blue swimming pool. Explaining her close bond with her brother, she flatly intones in voiceover, “That may sound f—ked up, but it’s true. It’s a twin thing.” The prospect of spending the next two hours seeing the world through this character’s eyes is not, at this point, pleasing.

Meet the Masons: Dad Phi (Justin Kirk) is an innovative cardiologist hoping to make bank and achieve medical celeb status in the new environs. Mom Sandy (Jennifer Garner) is a reluctant Californian, stressed out by all the phonies (the couple’s first night out is at  the Friendly Hills Country Club—get it? It’s not really friendly) and the “incessant” crashing of the waves down the hill. Brother Jim (Cody Fern) is preoccupied with popularity, which comes easy to him. Medina is searching for her own groove, which does not concern itself with popularity. High school seen through her eyes is a farrago of distracted vulgarity; all the shots of her classmates show them engaged in simulating sexual activity in distasteful ways. She buys a surfboard from a fatboy neighbor who’s sitting on a few; he charges her a look at her bare breasts. She convinces Jim that surf’s up for the both of them. The sport provides relief for a little while. As Medina puts it: “For the first time in a long time, we felt like we were in our treehouse again.”

A chaos of stars filled the night skies of Palos Verdes, but everything else was regulated,” Medina observes. Not regulated: the emotions of the uniformly unhappy folk in her orbit. Phil falls for the real-estate agent who sold the Masons their home (Alicia Silverstone, not given much to do). Backing out of family life, he leaves Sandy unmoored. Jim, manipulated by his mom into pretending to accept a role as the “man of the house” flips out and starts drugging heavily.

This is a world in which nobody is interested in, let alone able to, understand the suffering of those closest to them. In a scene early in the movie, an upset Sandy starts going at her full-body girdle with scissors. In the middle of this action, which would be disturbing to any human being who witnessed is, Medina walks in and nonchalantly asks “Mom? I need you to sign something for school.” Because that’s how strong her anomie is.

This is pretty standard stuff, and it’s not always rendered too convincingly. Directing brothers Brendan and Emmett Malone have a few tricksy formal tics up their sleeves—long-held overhead views of their characters, shots that begin completely out of focus and are brought into focus within seconds—meant to convey how much is “off” in the world where the tennis-club wives wear matching skirts like uniforms.

The middle of the movie softens up, as Medina meets and finds an affinity with Adrian (Noah Silver), the son of Phil’s new squeeze. Medina is snooty at first, but Adrian’s sincerity wins her over, and the movie offers up some sequences of unforced lyricism before bringing the hammer down on the family tragedy.

The acting is good all around but that, too, improves in the quieter moments. Monroe, best known for her work in “It Follows,” is tough and committed, and Jennifer Garner’s portrayal of a mad housewife sprinting to a meltdown is acute, even if its does require her to tamp down pretty much all of her engaging life-positive qualities. The Malloys are experienced at shooting surfing, and the scenes on the water make the viewer understand just how Medina gets the bug. If you’re not thoroughly sick of movies about the despair of the economically well-heeled—and in case you haven’t guessed, I kind of am by now—this might make a rewarding sit. 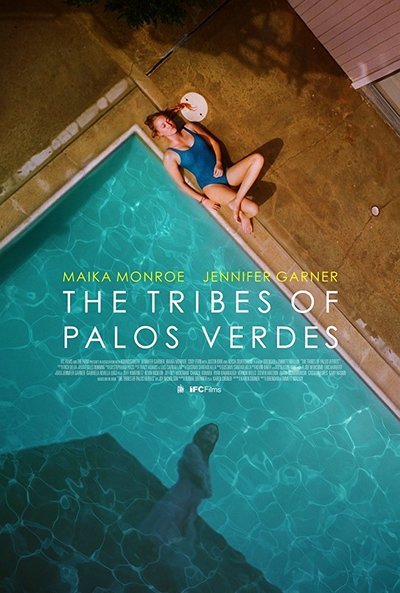 Rated R for drug use, language throughout and some sexual content.